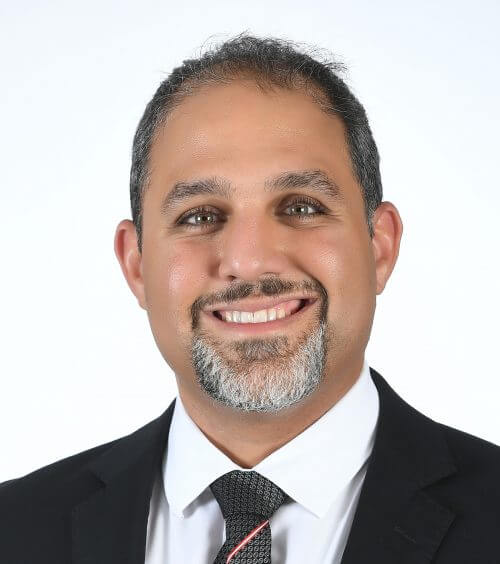 Professor Ammar Nayfeh was born in Urbana IL in 1979. He received his bachelor's degree from the University of Illinois Urbana Champaign in 2001 in electrical engineering and his master's degree in 2003 from Stanford University. Dr. Nayfeh earned a Ph.D. in electrical engineering from Stanford University in 2006.  His research focused on heteroepitaxy of germanium on silicon for electronic and photonic devices.    After his PhD, he joined Advanced Micro Devices as a researcher working in collaboration with IBM.  After that he joined a silicon valley startup company, Innovative Silicon (ISi) in 2008. In addition, he was a part time professor at San Jose State University. In June 2010, he joined MIT as a visiting scholar and became a faculty member at Masdar Institute now Khalifa University.  Dr Nayfeh, also spent time as visiting professor at Stanford University. His research interest focuses on nanotechnology for future more efficient low power electronic and photonic devices. Professor Nayfeh is currently an associate professor in the Department Electrical Engineering and Computer Science (EECS) at Khalifa University.  Professor Ammar Nayfeh has authored or co-authored over 100 publications,  holds three patents, and one edited book. He is a member of IEEE, MRS and Stanford Alumni Association.  He received the Material Research Society Graduate Student Award, the Robert C. Maclinche Scholarship at UIUC, and Stanford Graduate Fellowship. In 2020 he was awarded the 10 year golden visa for top scientists in the UAE.