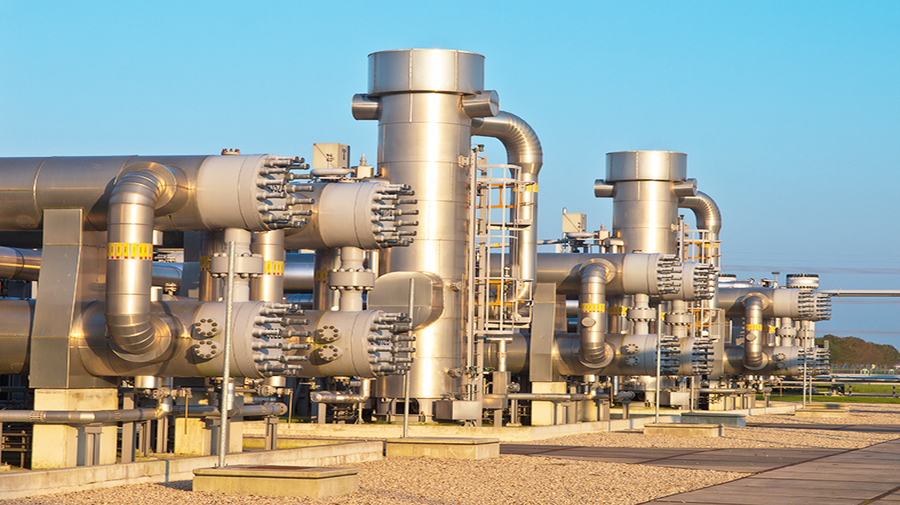 A collaborative project at the Khalifa University Center for Catalysis and Separation has explored how to improve the sustainability of the acid gas enrichment (AGE) process in natural gas processing plants operating in hot countries, to reduce their carbon footprint and improve energy efficiency.

When natural gas contains containing significant amounts of hydrogen sulfide and carbon dioxide, it is considered ‘sour gas’ and has to undergo processes that remove the acidic components through a process called ‘gas sweetening’.

Gas sweetening units produce a by-product known as ‘acid gas’ besides the main product named ‘sweet gas’. Acid gas, which is a mixture of H2S and CO2 predominately, is processed further in sulfur recovery units to prevent the emission of sulfur species and recover the elemental sulfur. If the acid gas contains low concentrations of H2S, an AGE unit is employed to enrich the H2S content of the acid gas. AGE units also produce a CO2-rich stream besides the enriched acid gas. In hot climates like in the UAE, high ambient temperature leads to AGE operation with hotter solvents, which results in higher energy consumption in the regeneration section of the plant. In order to reduce this inefficiency, the team considered the use of a scheme for cooling the solvent within an AGE unit, to reduce the operational energy.

“We looked to integrate a Ranque-Hilsch vortex tube (RHVT) within the acid gas enrichment unit to decrease its energy consumption while enhancing the purity of the resulting gas product,” Dara explained. He was the lead author on a recently published paper in the Journal of Cleaner Production titled ‘Carbon footprint reduction of acid gas enrichment units in hot climates: A techno-economic simulation study’.

A RHVT is a mechanical device that separates a compressed gas into hot and cold streams. Requiring no moving parts, electricity, or Freon, it instead leverages principles of physics to separate the gases into a hot end that can reach temperatures of 200 °C and a cold end that can reach −50 °C, making it an energy-efficient cooling tool. RHVTs are often used in to cool cutting tools that heat up during use.

This potential solution to reduce the energy waste of AGE was inspired by the team’s knowledge of the UAE’s Mirfa plant.

“We were aware that the Mirfa plant produced high pressured nitrogen as a by-product of the air separation unit in the same plant complex, and realized that integrating a nitrogen-fed RHVT was the best option to reduce energy wastage, given the available resources and resulting economics,” Dara shared.

In the team’s proposed solution, the high-pressure nitrogen enters the RHVT and is separated into hotter and colder streams. The latter is then mixed with ambient air in an air-nitrogen mixer to provide a coolant stream at sufficiently lower temperatures, such that it cools down the lean solvent to the desired levels. Lower lean solvent temperature in turn results in significant reduction in energy consumption and higher product purities.

The solution they proposed was tested and validated in process simulator ProMax, which found that at the optimal temperature, their proposed RHVT solution can achieve 13 kg/s in steam savings (equivalent to 40% reduction in total steam rate). This reduced energy consumption leads to an annual carbon dioxide footprint reduction of 83.7 million kg, which is equal to a 40% reduction in the plant’s total carbon dioxide footprint. Economically, the evaluated annual energy savings translate to USD11.2 million.

The team believes that the solution they have hit upon can be utilized in sour gas processing plants in hot climates, all of which struggle with reducing energy wastage due to the high temperatures of the solvents.

“Hot climate regions like that of the Gulf would benefit significantly from the proposed scheme, since it results in a coolant stream that is not readily available in hot regions due to the high ambient temperature. And while our project used pressurized nitrogen from a specific facility, in fact any high pressure stream can be used as the working fluid for the RHVT, like compressed ambient air. Regardless what gas is used, we have demonstrated that the integration of RHVT can help a natural gas processing plant operating in hot climate achieve increased operational efficiency in terms of product quality and energy consumption,” Dr. AlWahedi added.

Following their simulation based work, the team are now doing laboratory-scale tests to assess the performance of RHVT to provide a quantitative prediction of levels of cooling achieved using the RHVT.