Researchers File Patent for Novel, Energy-Efficient Technique that Leverages Membranes and Magnets to Purify Chemical Compounds from Mixtures in Oil and Gas Processing

A team of researchers at the Gas Research Center (GRC) are working to reduce the high energy costs of industrial chemical separation processes with a breakthrough separation technique that leverages membranes and magnets to purify chemical mixtures.

Dr. Karanikolos is leading a team of researchers from GRC, located in Khalifa University of Science and Technology’s Sas Al Nakhl Campus. The center was established by the Petroleum Institute, now part of Khalifa University of Science and Technology, with the support of GASCO, ADNOC, Shell Abu Dhabi B.V., Total S.A. and Partex Gas Corporation. A team from the Demokritos National Research Center of Greece is also engaged in the project as an external collaborator. The researchers are investigating the use of a magnetic field to draw out certain chemicals from gas mixtures in membrane- and adsorption-based separation systems.

Essentially, the magnet-based chemical separation technique capitalizes on the magnetic properties of the targeted chemicals to either attract or repel them while they pass through a membrane, in response to an external magnetic field. The magnetic field helps to hold certain molecules “in place”, while accelerating the transport of others in the path required to make it through the membrane’s pores. Dr. Karanikolos describes this effect as “tuning.”

“The forces induced by the magnetic field could act selectively on the constituents of gas mixtures that exhibit high attraction or repulsion, thus providing a significant mode of tuning the performance of these membrane-based separation systems,” he explained.

The team’s preliminary findings were extremely promising and as a result, they filed an international patent on the innovative separation process in July this year.

The sensitivity of certain gases to magnetic fields has been demonstrated long ago. Michael Faraday, a leading scientist of the 19th century whose works contributed greatly to the understanding of electromagnetism, demonstrated this sensitivity over a century ago, when he filled soap bubbles with oxygen and nitrogen, and floated them in a magnetic field. The oxygen bubbles moved one way in the field, while the nitrogen bubbles moved the other. Yet, Dr. Karanikolos explained that the application of this principle towards the performance enhancement of gas separation processes has not been investigated till now.

“The novel concept of applying a magnetic field to enhance the performance of membrane and adsorption systems, once systematically investigated and established, will lead to a major breakthrough in the field of mixture separation, both from a fundamental as well as industrial point of view,” Dr. Karanikolos commented.

The researchers have been investigating how the new magnetic separation approach can be used to separate oxygen from nitrogen in air mixtures, carbon dioxide from methane in natural gas, and carbon dioxide from nitrogen in post-combustion mixtures emitted, such as from fossil fuel-burning power plants, which could be an important boost towards the advancement of carbon capture and sequestration (CCS) – an emerging technology that aims to remove atmospheric greenhouse gases and curtail the negative impacts of climate change. The technology will also provide the oil industry with valuable carbon dioxide for enhanced oil recovery at a low cost.

Historically, alternatives to the energy-intensive separation process of distillation, which is the primary process used to separate chemicals from liquid or gas mixtures through heating or cooling, have been unable to achieve commercialization mainly because of scalability problems. Membrane technologies are being targeted for energy-efficient separation and purification processes, but technological limitations have prevented them from being applied at large scale, mostly due to the inability to produce membranes of uniform quality and performance at a scalable industrial level.

“Membranes and adsorbents are considered as the most promising alternative to energy-demanding traditional separation processes. But a major hurdle in membrane technology is the fabrication of defect-free membranes, so that flow is directed exclusively through the pores of the membrane and not through gaps that can sacrifice selectivity, a challenge that becomes even more dominant when scaling up is attempted towards fabrication of large membrane areas as required by industrial applications,” Dr. Karanikolos explained.

The researchers have been experimenting with how different magnets can enhance the performance of existing membrane separation systems, using both commercial membranes and membranes made in-house. The different types of membranes the team is using are ceramic, polymeric, or composite, mainly in the microporous range. They are currently in the process of testing different magnets at varying configurations around the membrane, as the geometric configuration of the magnets and the magnetic field properties influence the transport behavior of the targeted chemicals. Dr. Karanikolos reports that discussions will be carried out for large-scale testing and integration with support from GASCO.

Through this research project, Dr. Karanikolos and his team are contributing key scientific insights to the advancement of chemical separation methods that could drastically reduce the high energy cost of current thermally-driven separation processes. Such innovations could not only provide high-priority UAE industries with an important competitive advantage, but also help reduce the global carbon footprint. 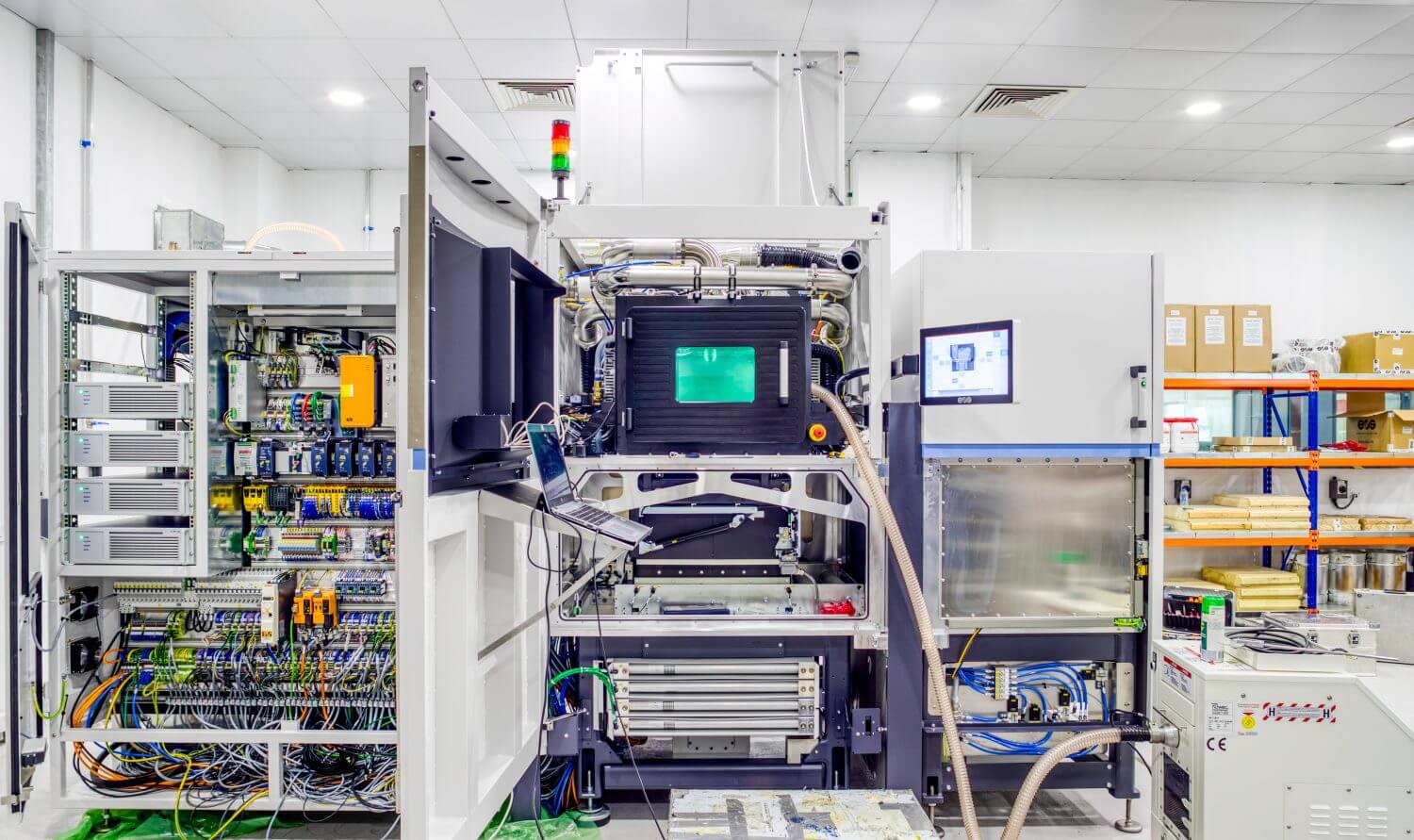