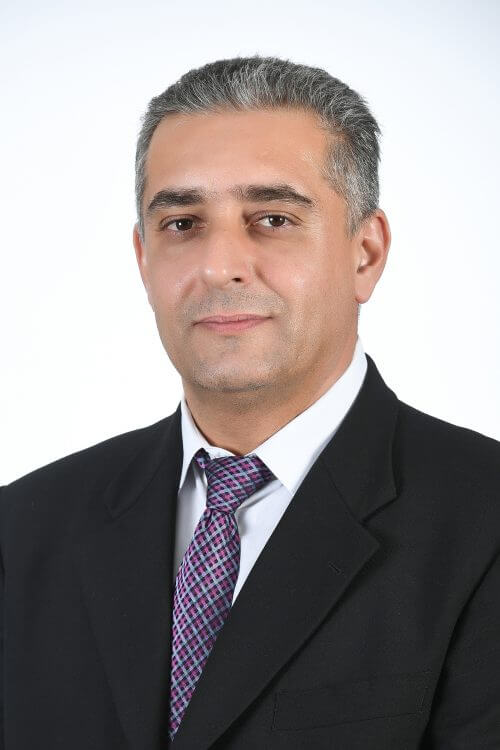 He is the founding chair of the physics department at KU, and served as the interim chair of the department from 2017-2019. His research interests span many research topics in experimental and theoretical nuclear, particle, and condensed matter physics such as: lepton-hadron scattering, electromagnetic spin structure of nucleons, materials synthesis and fabrication, III-V and Nitride semiconductors alloys, as well as developing computational techniques in materials science using density and spin-density functional theory materials calculations with focus on optical, electronic, and magnetic properties of materials.