His specific research interests are in computer-aided modelling, optimization and simulation with applications to energy system design, sustainable operations and supply chain management. He has published over 80 journal articles (of which one appeared in the Science magazine), co-authored 7 book chapters, presented more than 50 conference papers in local and international conferences or workshops, and supervised over 20 graduate students. He was the principal investigators of more than 10 projects, which were sponsored by industry and academia.

He is currently a theme lead at KU Research Innovation Center on CO2 and H2 (RICH) on the area of H2 Energy Systems. He has received 10 awards as a result of his research contributions and impact on the scientific community, including the Mohammed Bin Rashid Medal for Scientific Excellence in 2019 and the 2021 Khalifa Award for Education in the field of Higher Education.

Along with his academic experience, Prof. Almansoori has 7 years of administrative experience in higher education. He was the Chair of the Department of Chemical Engineering, the Dean of College of Engineering, and the Interim Senior Vice President for Academic Affairs. He also managed the portfolio of policy and performance in higher education at the Executive Council of Abu Dhabi during his secondment in 2013 and did 8-week intership at OPEC, Vienna.

The project utilizes Mixed integer programming techniques to develop an optimal node-based network for the production, transportation, and distribution of H2/CO2. The optimization model is used to determine a number of strategic decisions such as: type, number, capacity, and location of the H2/CO2 production plants and storage facilities, product distribution mode, product delivery form, and required product inventory levels. The problem is formulated in the General Algebraic Modelling System (GAMS). Uncertainty analysis will be carried out using stochastic techniques to analyze the influence of natural gas prices and CO2 injection credits on the H2/CO2 network financial performance. 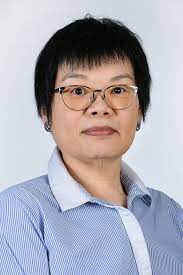 Increases in global warming effects as a result of elevated carbon emissions has come to attention in recent years. Therefore, sustainable and clean energy sources are being explored in order to combat these issues. One of the possible energy sources is hydrogen. Hydrogen has many benefits, such as high energy to mass content when compared to gasoline, and water being the only by-product released upon consumption. Various pathways exist for the production of hydrogen. Using electrolysis, electrical energy can be converted to chemical energy. Electrolysis of water results in the generation of Oxygen and Hydrogen. A greener method of obtaining hydrogen is integrating its production systems with renewable energy sources. In the United Arab Emirates, solar energy can be the main driving force to this cause due to the region’s geographical advantage. Furthermore, the intermittency issues related to renewable energy sources can be eliminated by integrating them with hydrogen production systems.

Process simulation tool has been utilized to simulate the production of hydrogen using solar energy in decentralised systems. The purpose of the work is to incorporate the proposed system with existing fuelling stations to fuel public transportation buses with green hydrogen. Proton Exchange Membrane electrolyser is used to generate hydrogen due to their compactness and excellent ability to sustain partial loads of electricity. The proposed infrastructure is able to support hydrogen powered buses' fleet in the Emirate of Abu Dhabi. 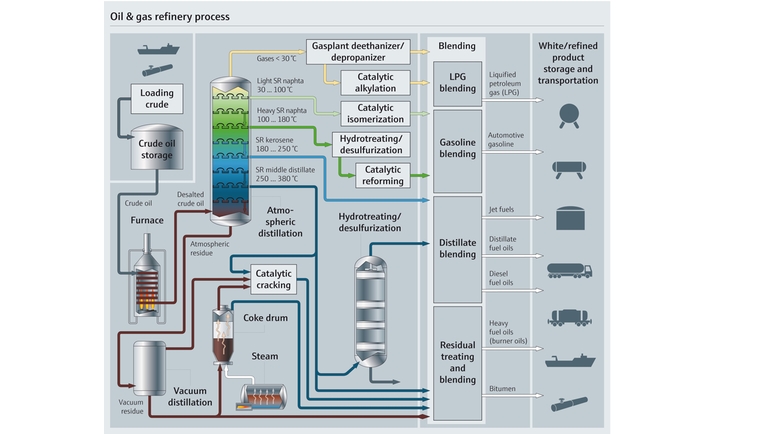 Machine Learning for Modeling and Optimization of Refinery Operations

Current refinery simulation is basically of two main types. The very common type resorts to correlations to estimate the product quantities and qualities using limited input variables. These correlations are very simplistic and resort to the mid set of inputs hence adding additional variations to the predicted results. Rigorous methods based on fundamental principles of material and energy balances to simulate refinery processes are on the other hand far too complicated, and their associated computational time might be prohibitively too large to be useful for scheduling and planning purposes. Furthermore, the detailed kinetics of the catalytic processes of petroleum and the catalyst behavior are not well understood. Hence often lumped kinetic models with various simplifying assumptions are used in conjunction with detailed modeling, leading to sub-optimal prediction performance. Additionally, in the aforementioned models, the dynamics of the refinery simulations are not well studied and modeled yet.

In this research, an alternative approach based on neural networks is introduced. Various refinery units will be first modeled via artificial neural networks (ANN) to extract static correlations across different variables, and then recurrent neural networks (RNN) will be developed to capture their dynamic dependence. The developed framework will realize a comprehensive modeling of the refinery process, and it will be made available to the user through a graphical user interface. These modules will be based on actual experimental or plant data, and have the additional advantage of fast response, easy setup and efficient computation cost. Once a user constructs a flowsheet of a given refinery, he/she will be then able to perform various tasks through the interface including simulation, planning, and optimization. This environment can also be used to construct an optimum refinery layout for different types of crude oil feeds.

Sustainable water management presents a critical strategic infrastructure management issue globally, especially in the UAE, due to the substantial economic and population growth.  The proposed water planning problem, although it will focus on UAE, it will have broader implications for other countries as well and can help in formulating long-term water security strategies to ensure sustainable access to water during both normal and emergency conditions.  These are aimed towards addressing the fundamental principles of overconsumption that originate from a disjointed approach to water resources management across agencies and governing bodies.  This, coupled with, inconsistent and unreliable data to properly quantify and understand the issue of water resources, consumption and waste; leads to an ignorance of the need for and desirability to reduce consumption as an essential component in water sustainability.

In this research, the aim is to analyze data on water resources in UAE and to suggest efficient water management strategies through quantitative mathematical optimization models (mixed integer programs, MIP) to aid in achieving long term water strategy.  This research will present the water resources management as a network supply chain optimization that will examine the economic, social, and environmental conflicted concerns of the water resources management and aim to provide a comprehensive framework rather than with a bias to any one of the individual aspects.