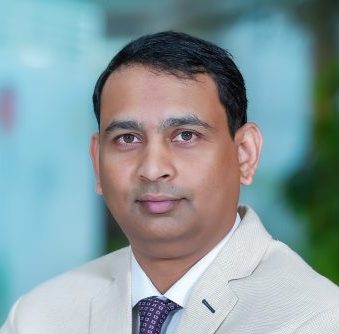 Dr. Vinod Khadkikar is an IEEE Fellow (Class of 2022) “for contributions to power quality solutions”. He received B.E. in Electrical, Electronics and Power from the Government College of Engineering, Aurangabad, in 2000, M. Tech. from IIT Delhi in 2002 and Ph.D. in Electrical Engineering from the ETS, Montreal, Canada, in 2008. From December 2008 to March 2010, Dr. Vinod Khadkikar was a Postdoctoral Fellow at the University of Western Ontario, London, ON, Canada. From April 2010 to December 2010, he was a Visiting Professor at Massachusetts Institute of Technology, Cambridge, MA, USA.

Currently he is a Professor of the Electrical Engineering and Computer Science Department at Khalifa University, Abu Dhabi, UAE. He joined Masdar Institute (now Khalifa University) in 2010 as an Assistant Professor. He has contributed over 60 IEEE Transactions papers. He was ranked 148 among 105,029 researchers in Electrical and Electronic Engineering in the list of world’s top 2% of career-long scientists as of November 2020 released by Stanford University.