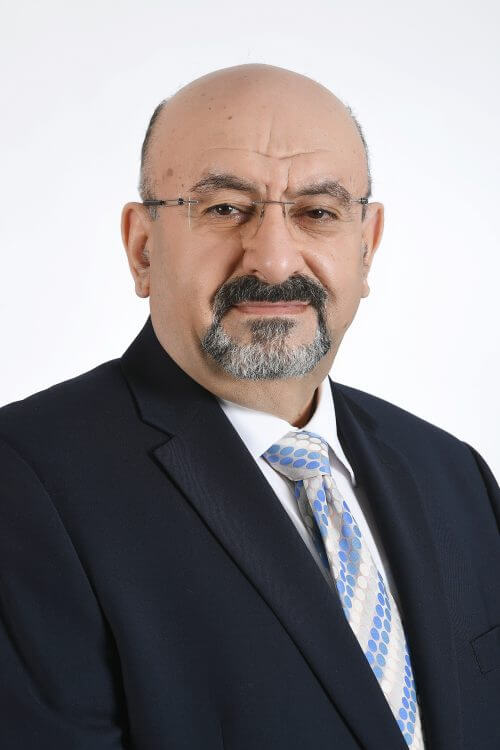 Dr. El-Khazali was classified in 2019 among the world top 2% scientist in his field based on Stanford University’s classification. His recent research interest, to name a few, focuses on the theory and applications of fractional-order dynamics and control in power systems, chaos, communications, and signal processing, and social studies. He co-published a book entitled “Fractal Elements and their Applications,” and over 80 journal and conference papers, among which is a journal article entitled “k-index: A new Dynamic Performance Research Indicator,” which effectively measures the impact of the research outcome of a researcher and provides a measure his/her actual contribution better than the well-known h-index.

Dr. El-Khazali is a member of several editorial boards of the Applied Numerical Methods Journal, the International Scholarly Research Network (ISRN) Journal, and the Progress in Fractional Calculus Journal. He is also a member of the steering committee of the MWSCAS conference, the ICFDA conference. He served as a member of TPC of several national and international conferences, organized several conferences and chaired many sessions. He has been invited to deliver several invited talks in the fields of fractional dynamics and applications at the University of Kazan, Russia in 2013 and 2018, University of Guelma, Algeria in 2012, American University of Sharjah in 2015, University of Sharjah in 2016, and during the ICFDA 2008, 2012, 2016 and 2018 conferences. Dr. El-Khazali is an IEEE member. He supervised several PhD and MSc students. He also supervised more than 50 hardware projects in different fields of applications, such as UAV’s and Robotics applications, where his teams won the first place in several IEEE competitions. He also served as a judge of several competitions organized by the MOE in the UAE. Dr. El-Khazali is an active educator who serves local communities of UAE through giving talks about the effect of the use of mobiles on human bodies, and the forfeiting of electrical and electronic appliances.