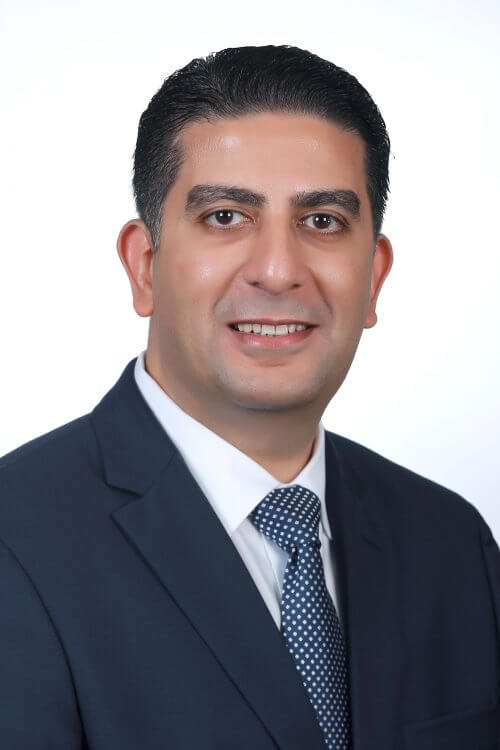 Dr. Mohamed Shawky El Moursi received his BSc and MSc degrees in Electrical Engineering from Mansoura University, Egypt, in 1997 and 2002 respectively. He received his PhD degree in Electrical and Computer Engineering (ECE) from the University of New Brunswick (UNB), New Brunswick, Canada, in 2005. Dr. El Moursi worked as a Design Engineer for photovoltaic systems (1997-1998) for an agent of Siemens (ASET Company). He joined Mansoura University as a Research and Teaching Assistant in the Electrical Power Engineering Department and was involved in consulting activities with external companies (1998-2002). Dr. El Moursi has also worked as a Research and Teaching Assistant in the ECE Department at UNB, Canada (2002-2005). He joined McGill University as a Postdoctoral Fellow in the Power Electronics Group. Then, he joined Vestas Wind Systems in 2006, where he worked in technology R&D with the Wind Power Plant Group, Arhus, Denmark, until 2009. He later worked at Abu Dhabi Water and Electricity Authority, TRANSCO, as a Senior Study and Planning Engineer. He was a Visiting Professor at Massachusetts Institute of Technology, Cambridge, Massachusetts, USA in 2012.

Dr. El Moursi is currently a Professor of the Electrical Engineering and Computer Science Department at Khalifa University, specializing in renewable energy integration and smart grid operation and control. His professional experience is based on a solid and profound expertise on practical system implementation, which is consolidated by R&D technological development with leader manufacture as well as transmission system operator (TSO).

He received several international and national prestigious awards such as the UAE Mission Innovation Champion in 2019 at the Fourth Mission Innovation Ministerial event in Vancouver, Canada; Faculty Research Excellence Award 2018 for the College of Engineering, Professor at Khalifa University; Expert and Key Employee Benefits in Denmark and other prestigious awards. He was conferred the Faculty Award for Excellence in Collaborative Research (Academic Year 2012-2013) in recognition of research achievements as interdisciplinary faculty at Masdar Institute of Science and Technology, Abu Dhabi, UAE.

Dr. El Moursi has successfully secured a large amount of research grants based on internally- and externally-funded projects, which amount $4,852,570 and $1,520,807 respectively from Europe, North America, GCC countries and South Korea. In addition, he was awarded the Advanced Power and Energy Research Center fund as a theme lead for renewable energy integration. These projects resulted in remarkable research outcomes and innovations that have been documented with a record of top-quality publications. He is also an Editor for several top-tier IEEE Transactions, a regional editor of IET RPG and the chair for the IEEE PES UAE Chapter. In addition, he has graduated high caliber (6) PhD and (21) MSc students, whereby he achieved several best thesis and national awards for his students.