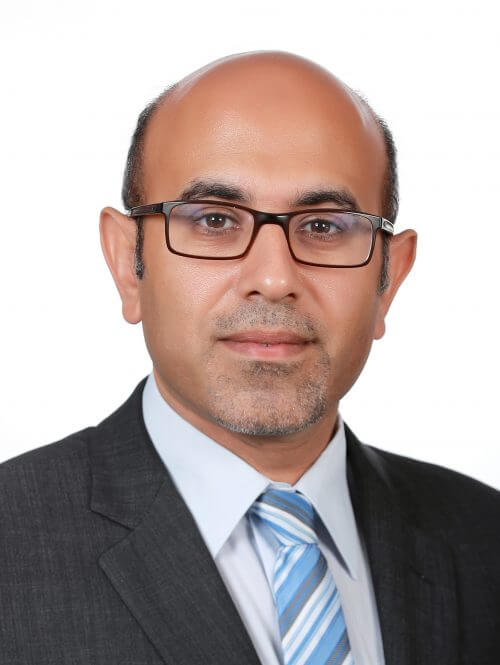 Dr. Hatem Zeineldin received his Bachelor's and Master's degree in Electrical Power and Machines from Cairo University in 1999 and 2002, respectively. He obtained his PhD degree in 2006 from the Electrical and Computer Engineering Department at University of Waterloo. In 2006, he joined Smith and Andersen Electrical Inc. as an electrical engineer where he was involved in several projects related to distributed generation. During that period, Dr. Zeineldin was also hired as a research consultant for a research project that was funded by Natural Resources Canada that focused on protection planning with renewable energy sources. In 2007, Dr. Zeineldin worked as a visiting professor at Massachusetts Institute of Technology (MIT) where he focused on developing new methods for islanding detection of renewable energy sources.

In 2007, Dr. Zeineldin joined Masdar Institute and served as the Head of the Department of Electrical Engineering and Computer Science. Dr. Zeineldin is currently a Professor in the Department of Electrical Engineering and Computer Science at Khalifa University and serves as the Senior Director of Masdar Institute at Khalifa University.  He is the recipient of a couple of awards including University of Waterloo President’s Graduate Scholarship, Ontario Graduate Scholarship and Faculty of Engineering Scholarship. Dr. Zeineldin is currently an editor of the IEEE Transactions on Energy Conversion and IEEE Transactions on Smart Grids. His main research interests include distribution system protection, islanding detection, micro-grids and smart grid design.