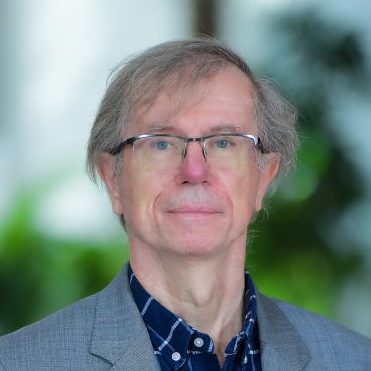 After receiving his Ph.D. degree from Warsaw University of Technology (WUT), Poland, in 1982 Dr. Andrzej S. Sluzek worked in the University's Institute of Control (Faculty of Electronics), first as Senior Research Assistant, and then (since 1989) as Assistant Professor. During those years, Dr. Sluzek was involved in several research areas, including projects on text information retrieval, robotic controllers, computer control systems for railway networks and machine vision. Dr. Sluzek spent most o the the academic year 1987/88 in India as a Visiting Fellow at Indian Institute of Science (Bangalore).

In 1991, the Doctor Habilitowany (D.Sc.) degree was conferred on Dr. Sluzek by WUT. Between June 1991 and April 1992, he held a Research Fellow visiting position at the University of Birmingham (UK) in the School of Electrical and Electronic Engineering. In 1992, he accepted an offer from the School of Applied Science (which was soon renamed School of Computer Engineering) of Nanyang Technological University (Singapore). Initially, he was employed as Senior Lecturer, which at that time was the equivalent of Assistant Professor. But in January 1999, he was promoted to Associate Professor. While employed at NTU, Dr. Sluzek was concurrently holding other positions, both internal and external. The most significant of them were: Deputy Director of the Robotics Research Centre (Nanyang Technological University) May 1994 – March 2010; DTSC Fellow at National University of Singapore (Temasek Defence Institute) from October 2001 to June 2005; Research Advisor to the Research Committee of the National Robotics Laboratory at Ho Chi Minh University of Technology (Vietnam) from January 2004 to December 2005; Associate Professor at SWPS University (Poland), 2005 – 2007; and Adjunct Assosiate Professor at Nicolaus Copernicus University (Poland), Faculty of Physics, Astronomy and Informatics, October 2009 – June 2011.

In August 2011, Dr. Sluzek took the position of Associate Professor at Khalifa University for the Department of Electrical Engineering and Computer Science. His research activities is mainly focused in KUCARS (Khalifa University Center for Autonomous Robotic Systems).

n 2015, Dr. Sluzek received the Professor title from the President of Poland. This is the highest academic distinction in Poland.