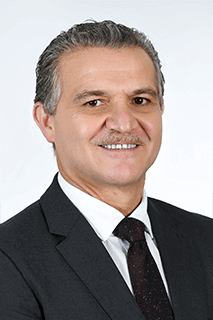 Dr. Hassan Barada has been the Associate Dean for Undergraduate Studies of the College of Engineering at Khalifa University (KU) since September 2010. He has over 30 years of experience in the field of engineering in an academic setting. Before he joined the founding team of KU in 2008, he held academic posts at Lehigh University (USA) from 1989 to 1995, King Fahd University of Petroleum & Minerals (KSA) from 1995 to 1999, and Etisalat University College (UAE) from 1999 to 2008.

As KU's Associate Dean, Dr. Barada is responsible for overseeing the College of Engineering’s academic programs and initiatives that support and enhance academic success and the learning experience of students. He also leads the effort in securing national (CAA) and international accreditation (ABET) for all undergraduate engineering programs.