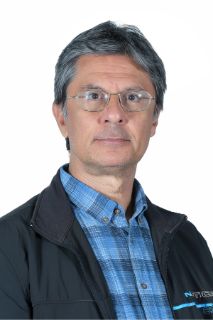 Dr. Andreas Kappos is a world-leading researcher and consultant in the field of structural engineering, particularly bridges and seismic design of structures. He has long been working in this field on topics like analysis procedures for structures (reinforced concrete and masonry buildings, and bridges) subjected to earthquake loading, and developed several methods and models for seismic assessment (both deterministic and probabilistic) of these structures, as well as design procedures based on the use of modern analysis tools. He was also involved in experimental work on the behavior of reinforced concrete members subjected to cyclic loading, with emphasis on structural walls with special types of reinforcement and/or retrofitted using fiber-reinforced polymers (FRPs) and, more recently steel-reinforced polymers (SRPs). He developed new approaches for the assessment of the seismic vulnerability of existing structures and the associated losses and was involved in several projects on seismic risk assessment and earthquake scenarios for European cities and other structural engineering issues. He is the author or co-author of three books in English, and another two in Greek, edited three collective work volumes, and has contributed several chapters to books edited by others. He has published extensively in the field of Earthquake Structural Engineering and related fields (over 300 papers in refereed journals and conference proceedings), and his work was recognized internationally.

Prior to joining Khalifa University, he held a dual appointment at City University of London and at the Aristotle University of Thessaloniki. At City University, he founded and led the Research Centre for Civil Engineering Structures; while in Thessaloniki, he was Head of the Structures Section from 2008 to 2010. He first joined the department as a lecturer in 1988, after having completed his Ph.D. studies in 1986. In 1983-1984, he was a Visiting Research Fellow at the University of California, Berkeley. From 1995 to 1999, he worked at the Department of Civil Engineering, Imperial College London (UK), first as a lecturer and later as a Reader of Earthquake Structural Engineering.

In addition to his academic activities, he has been involved in several consultancies on topics like the seismic design of bridges and buildings, the assessment and retrofit of damaged structures, and various aspects of use of concrete in bridges, tunnels, and other civil engineering works.

Dr. Kappos is the Secretary General of the European Association of Earthquake Engineering (EAEE) since 2010 and the Coordinator of the EAEE Working Group on Bridges since 2004. He has also served as a member of a number of scientific committees dealing with seismic design and assessment (he recently led the Project Team that drafted Eurocode 8 Part 3).