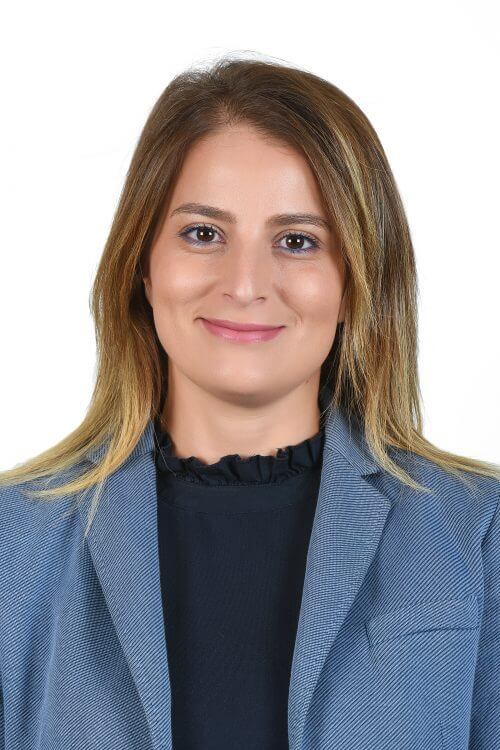 Nadia Abdel Baki Nwayhed received her BA in Mathematics from the American University of Beirut, Lebanon, in 2004 with high distinction and an award for Academic Excellence. She was then awarded a full scholarship to complete her Master's in Mathematics at the same institution. Alongside her masters courses between 2004 and 2006, she worked as a graduate assistant in the Mathematics Department.

In June 2006, Nadia started a full-time job at SABIS® Educational Services as a Mathematics Subject Analyst, which delayed her thesis defense till June 2008.

Nadia got married in August 2008 and relocated from Lebanon to theUAE and started in October 2008 as a Mathematics and Work Skills teacher in the Work Readiness Program at the Higher Colleges of Technology (HCT) in Madinat Zayed – Western Region.

In February 2010, she reapplied internally within the Higher Colleges of Technology to its Abu Dhabi Men’s College as a Math Faculty and was hired. At HCT, Nadia has taught almost all offered Math and Statistics courses from Foundations, Pre-Calculus, Calculus I, II, III, Linear Algebra, Differential Equations, to Statistics. Moreover, she leads the Calculus I course. Nadia integrated the use of technology in the Calculus I course by piloting the shift from the hard copy books to soft books via the McGraw Hill Connect software using the Blackboard Learn platform. Alongside introducing technology into Calculus I, she has copiloted the introduction of the ALEKS software into the Foundations Course as well as used the same software afterward in the Statistics courses.

In December 2015, Nadia joined the Petroleum Institute as a Math Lecturer in the College of Arts and Sciences. She has taught College Mathematics, Pre-Calculus and Calculus I. In August 2017 she became a Math Lecturer and Coordinator for the Preparatory Program (STEM 1 and STEM 2) of the College of Arts and Sciences at the merged Khalifa University of Science and Technology. Nowadays, Nadia leads the Calculus I course and the McGraw-Hill Connect platform for that course. Nadia is involved with Department services like the HIVE tutorial classes, Major Day, the Math Olympiad Committee.