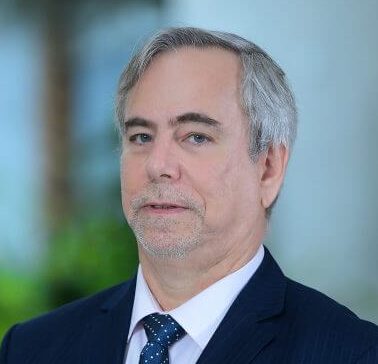 Jorge P. Zubelli obtained his PhD in Applied Mathematics from the University of California at Berkeley (1989), his MSc from the National Institute for Pure and Applied Mathematics (IMPA – Brazil) in 1984, and his Electrical Engineering degree from IME-RJ in 1983 with specialization on Telecommunications Engineering. He has previous experience as Professor of Mathematics at IMPA and heading the Laboratory for Analysis and Mathematical Modeling in the Physical Sciences (LAMCA – IMPA).

From 2002 till 2017 he coordinated the Mathematical Methods in Finance Professional MSc program at IMPA. His main research area is Inverse Problems and Mathematical Modeling with focus on its applications to real world problems where he published in highly selective journals such as Science, Plos One, SIAM Journal of Numerical Analysis, SIAM Journal on Applied Mathematics, and Physical Review B. He supervised 10 PhD thesis and over 30 MSc students. He coordinated a number of academic projects and research networks such as a PROSUL Latin America network (2008-2011), a Math-AmSud France-Latin America network (2009-2010), and an ALFA European Union and Latin America network (2003-2007). He also coordinated a number of industrial projects in Energy and Finance with corporations such as Petrobras and the Brazilian stock exchange BMF-Bovespa (currently called B3).

He currently served as elected member of IMPA’s technical and scientific council and as a member of the advisory council of the International Institute of Physics (IIP-Brazil).