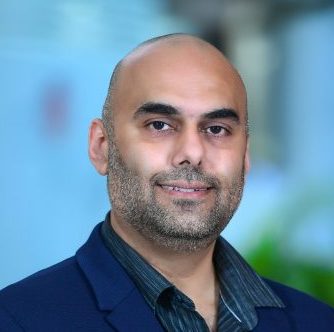 After earning his undergraduate degree, Dr. Khan worked as an online mentor at the Education Program for Gifted Youth at Stanford University. He has served as an adjunct teaching faculty at several community colleges in the US, as well as an Adjunct Assistant Professor at University of Portland. At the Khalifa university of Science, Technology and Research, which became part of the Khalifa University of Science and Technology in February 2107, he was a faculty member in the Applied Math and Science Department , where he was assigned to the development committee for the Applied Math Undergraduate Degree Program, which was successfully launched in 2014.

Dr. Khan’s research is in the area of quantum technologies, including quantum computing and quantum communications. He is a visiting researcher at the Quantum Computing Institute at Oak Ridge National Lab, USA, and serves as a member of the Information Security Center at Khalifa University of Science and Technology. He is currently involved in a project that is developing hardware and software programming environment for the first generation quantum computer, the D-wave 2000Q. He is also testing the IBM universal quantum computing platform.