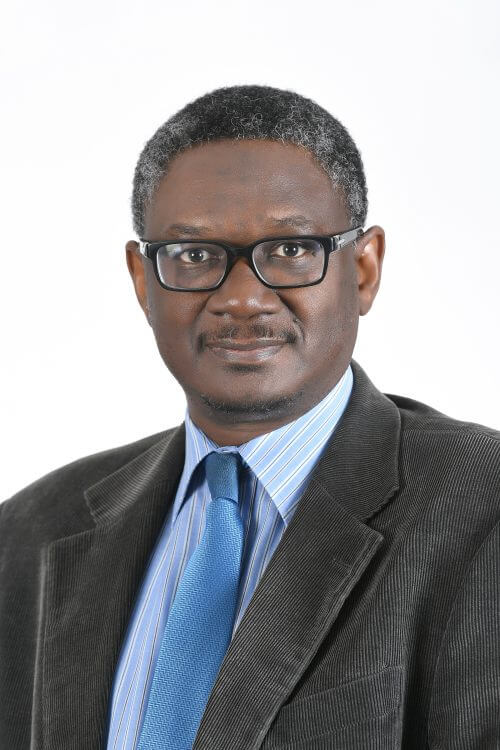 Professor, Department of Mathematics AND ASSOCIATE DEAN FOR GRADUATE STUDIES

After holding several positions in universities in Nigeria, Dr. Umar joined the King Fahd University of Petroleum and Minerals (KFUPM), Dhahran, Saudi Arabia in 1997 as an assistant professor. He was promoted to the rank of Associate Professor at KFUPM in 2005. In 2007, he moved to Sultan Qaboos University (SQU), Oman, where he remained until 2014 when he moved to the Petroleum Institute, (now part of Khalifa University of Science and Technology) as an associate professor. While at SQU, he won a substantial research grant (approx. US$150,000) from The Research Council TRC of Oman for “Studies in semigroups of contractions mappings of a finite chain”.

Dr. Umar is an expert on the theory of semigroups of transformations, especially on their algebraic, combinatorial and rank properties. He has published more than 50 peer reviewed research papers (approx. 500 citations; h-index = 13 – Google Scholar). In 2015-16, a German mathematician and his coauthors, Billhardt et al. recognized the importance of his constructions (in his paper of 1994), by exhibiting certain universal properties it possesses and named $E(F_A)$ and $F_A$ as Umar band and Umar semigroup, respectively in his honor. It is one of the greatest achievements to see a mathematical object named after someone, more so during their lifetime. He also has interests in recreational mathematics: magic squares and cubes, and calendars.

Advisor to the following students & staffs: 8 undergraduate students and a mentor to Dr. Mo’tassem Al Arydah.

At PI/KU, I have taught