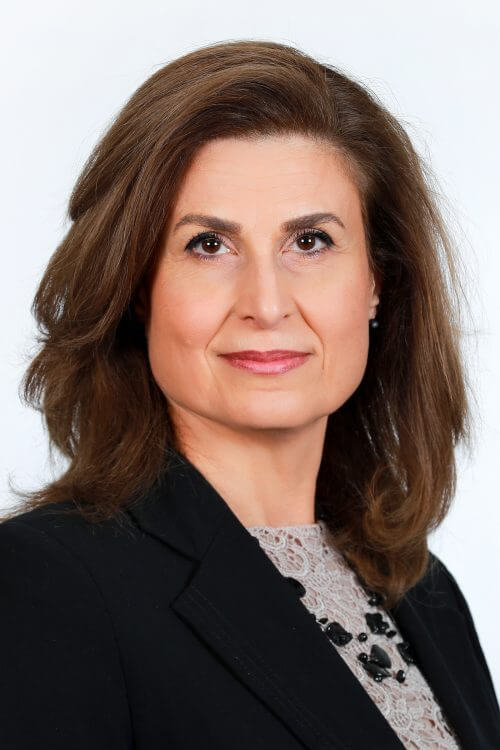 Dr. Mirella earned her Ph.D. in Organic Chemistry from the University of Lausanne in Switzerland in 1993. She joined the Petroleum Institute (PI), now Khalifa University, in 2005 as an Assistant Professor in Chemistry. In 2010, she won the ‘Faculty Service Award’ at the PI and three years later, was awarded the ‘Excellence in Academic Advising Award’. In 2013 she launched the Academic Intervention and Mentorship Program (AIM) and served as the AIM coordinator on the PI Women’s Campus, advising, guiding and mentoring female students who were facing academic difficulties. In 2016, she was appointed as Acting Director of the Women’s Campus, and in the same year was promoted to Associate Professor of Chemistry. From 2017 until the end of 2018, she served as Interim Chair of the Chemistry Department at Khalifa University. Currently, she serves as the Associate Chair of the Chemistry Department.

Dr. Mirella is highly experienced in lecturing organic chemistry and the application of spectroscopic techniques in this filed. Her recent research interests focus on biofuel production and alternative sources of energy. Currently, she is involved in a research project to explore organic additives to enhance fuel combustion. In addition to coordinating and lecturing the organic chemistry courses for the chemical engineers, she lectures the MSc in Applied Chemistry Degree and supervises MSc research projects.

Mirella's area of expertise is in Applied Organic Chemistry with emphasis on the applications of NMR, GC, IR and MS techniques. Over the last 5 years, she has focused on biofuels and reviewed relevant reaction mechanisms as well as explored factors affecting yield and elemental toxicity. Currently, she is involved in a project to investigate hydrocarbons and other organic fuel additives that can reduce particulate matter released to the environment. The proposed research is expected to explore the action of these organic compounds in enhancing soot reactivity and oxidation rates inside engines.