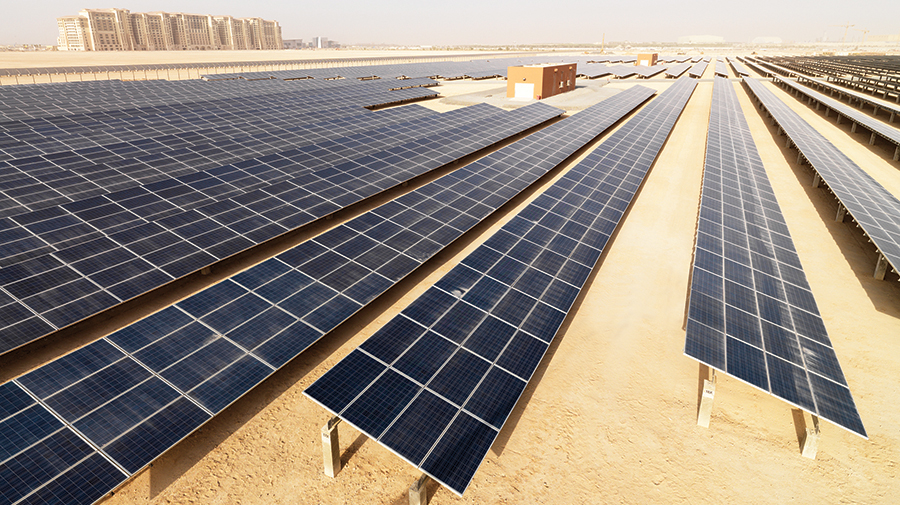 Connecting renewable energy technologies to the electricity grid has been a challenge due to their intermittent nature, which is their inability to produce a constant stream of energy. However, a research team at Masdar Institute has found a way to turn the challenges posed by the intermittency of solar energy into an asset that may improve an electricity grid’s power quality.

Dr. Mohammad El Moursi, Associate Professor of Electrical Engineering and Computer Science, and Nada Al Awadhi, Class of 2015 MSc in Electrical Power Engineering alumna, have developed a technology that enables a PV system to dynamically support the grid with an optimized compensation scheme when voltage imbalance occurs on the transmission system, at any time of the day or night.

“We have developed a way to leverage what some people call the weakness of solar power, which is its inability to produce continuous active power, to enhance the security and quality of the electric power grid,” Al Awadhi shared. The research, which was published earlier this month in the IEEE Transactions on Energy Conversion, was the outcome Al Awadhi’s Master’s thesis.

PV power plants are connected to transmission systems using an interface called inverters. Inverters are sized according to peak generation of the PV power plant, which means they only feed active power generated by the PV plant to the grid when the plant produces its maximum amount of electricity, which is usually limited to a few hours midday.

“As they are currently designed, a PV plant’s grid-tied inverter can only be fully utilized during peak hours. As for the rest of the day, they operate below their rated capacity or not at all, such as during the night. It is more economical to utilize the spare capacity of these inverters to inject reactive power into the grid as needed instead of installing additional, expensive power electronic-based devices to do the job,” Al Awadhi explained.

The proposed technology capitalizes on the inverter’s unused capacity to generate reactive power, which increases the value of the expensive inverter equipment, and also transforms the PV system from a potential grid destabilizing threat to an important grid supporting resource.

A sophisticated centralized controller is designed to mitigate the voltage unbalance in transmission systems by injecting both positive and negative reactive current (that is, adding or subtracting current), depending on the system’s evaluation. Consequently, it supports the electric grid and improves the power quality at the transmission level while connecting large scale PV power plants, giving it a competitive advantage that allows it to outperform conventional power plants.

The UAE national alumna is now an electrical engineer at Siemens, where she conducts power studies to help industries develop efficient energy management schemes. She credits her experiences at MI, including the invaluable skills gained in the lab while conducting research with her peers, the mentoring received from her advisor, and the summer internship opportunity in Japan, for the robust research she published and for accelerating her career.