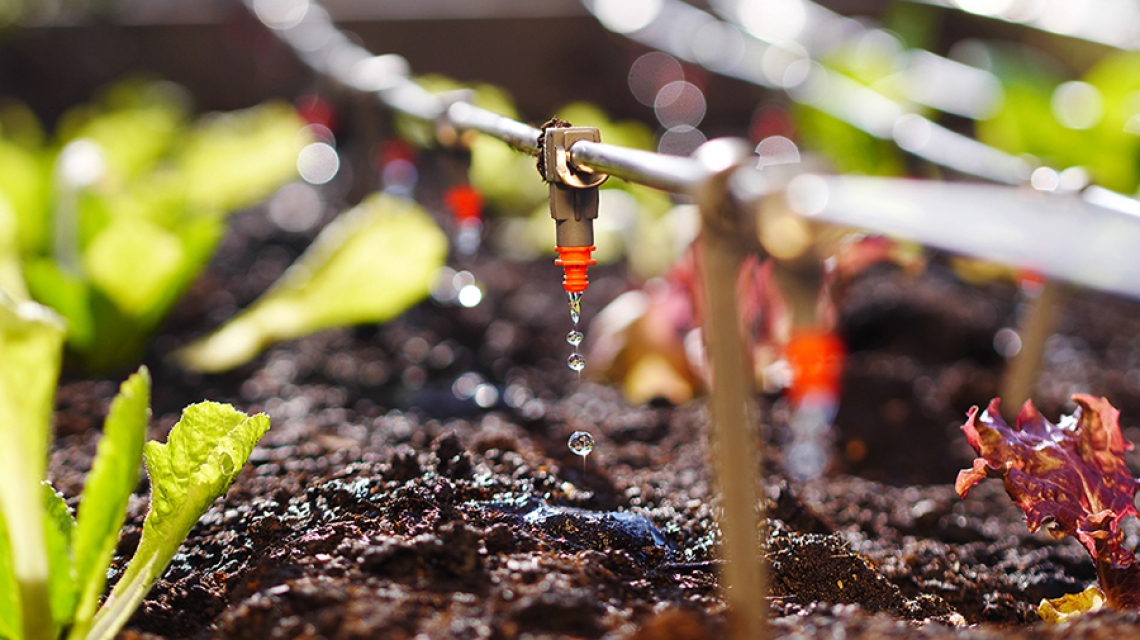 Biological waste from livestock has long been used to help make farm soil more fertile, but while human waste has similar potential benefits, its use presents more challenges. Sewage contains high concentrations of heavy metals and current treatment methods are unable to remove enough of these toxic metals to make biosolids safe for use on farms as fertilizer, so it often ends up being landfilled instead.

Now, however, researchers from Masdar Institute have developed an energy-efficient, low-cost method for removing heavy metals from biosolids. The novel process has demonstrated the ability to remove over 90% of zinc and over 60% of copper from sewage sludge collected from the Masdar City wastewater treatment plant. This removal rate is significantly higher than any previously reported removal rates, and in the case of zinc, the removal was well below the tolerable concentration levels set by regulatory agencies.

“If the UAE could convert the 26,000 tons of biosolids that are generated yearly from Abu Dhabi’s urban wastewater treatment plants into fertilizer, the environmental impact of keeping this waste out of the landfill and the economic benefits of creating a valuable fertilizer product that could be sold would be significant. I think this is an opportunity that the UAE should explore in greater depth,” said Dr. Hasan.

In his paper, Dr. Hasan briefly explains the economic benefit of converting biosolids to fertilizer. He concluded that the use of sludge as land fertilizer would potentially yield over US$2 million per year as revenue for Abu Dhabi, giving a boost the country’s fertilizer industry, which has grown by more than 50% in the last ten years. In 2014, the country’s fertilizer producers manufactured 5 million tons of products, earning US$653 million in revenues. Currently ranked as the third largest fertilizer producer in the GCC, the UAE’s fertilizer industry would greatly benefit from any technological advancement that would reduce production costs while improve the product quality of its fertilizer.

In addition to being a potential boon for the country’s revenue stream, the conversion of biosolids to fertilizer would also result in significant environmental savings.

Sewage sludge contains high concentrations of heavy metals that are not degraded through conventional physical, biological, and chemical treatment processes. In many countries, including the UAE, the current approach to handling municipal sludge is to landfill it, which can contaminate the environment around it.

This scalability factor is important if the novel treatment method is going to be able to reproduce these high removal levels on a large scale. One reason why sewage sludge is landfilled is because of the high cost of treating it. Attempts to treat and remove the heavy metals from sewage sludge are usually expensive and energy-intensive, and yield only a slight reduction in the overall metal content. Thus, any potential solution to reduce the presence of heavy metals in biosolids must be low-cost and energy-efficient if they are to be applied on a mass-scale.

Dr. Hasan’s three-stage treatment process not only meets the requirements of being potentially cost-effective and low-energy, but also results in a high-value product in the form of a nutrient-rich fertilizer.

The novel treatment process uses a low electric field treatment, making it significantly more energy-efficient than conventional electrokinetic (EK) remediation processes. The kinetics of this low-strength EK treatment was improved through the use of aqua regia acid.

EK treatment involves running an electric current through the sludge between two electrodes to break the bonds of the metal ions. While EK remediation can be very effective at removing metal ions, its widespread application has been hindered because it is energy-intensive and expensive.

Dr. Hasan’s team found a way around these limitations by conditioning the biosolids first with the aqua regia. While the two steps of chemical conditioning and electrokinetics are quite effective – removing 84% of zinc and 63% of copper from the biosolids – Dr. Hasan introduced a third step which led to even higher metal removal rates.

A biogenic chelating agent was used to post-treat the sludge after the low strength, acidified EK process. This agent is a cation-capturing organic extract from citrus fruit peel waste known as pectin. Pectin from citrus peels is physically stable, exhibits a particularly high degree of metal uptake, and is also suitable for coagulating residual ions in sludge after EK treatment.

Dr. Hasan discovered that washing the biosolids in pectin removes more of the free ions that were not pulled to the electrodes during the electrokinetic treatment, and settled to the bottom of the sludge.

“We are very excited by our discovery of the use of pectin as a post-treatment option. Pectin is also sourced from waste, which means we have developed an innovative method that leverages two separate waste streams to create a value-added product,” Dr. Hasan remarked.

This innovative three-step treatment strategy has successfully eliminated the presence of zinc to levels below the prescribed standard for unrestricted use of biosolids locally and globally, achieving a removal rate of 94%. Copper levels were also brought much closer to their unrestricted standard, with a 64% removal rate achieved.

Compared to landfilling and incineration, utilization of sludge for agricultural use is considered the best alternative for sludge disposal. And now, thanks to research conducted at Masdar Institute, an innovative, potentially low-cost method for removing heavy metals from sludge has been developed, bringing the UAE closer towards its objectives of eliminating waste, diversifying the economy, and preserving the environment.