In a world of changing climate, limited fresh water and farmland, and rising population, the need for a sustainable approach to meet the world’s growing water, energy and food demand is perhaps the most important challenge of the 21st century.

Such an approach will require a range of innovations and technologies that can enable humankind to progress and advance without further straining the planet’s natural resources or increasing global greenhouse gas emissions.
Masdar Institute’s integrated Seawater Energy and Agriculture System (SEAS), a pilot-scale research facility that aims to grow seafood and produce biofuel with saltwater and desert land, is one such technology that could play a critical role in supporting regional food, water and energy security while decoupling population growth from negative environmental impacts.

The SEAS was developed through the Sustainable Bioenergy Research Consortium (SBRC), a non-profit consortium led by the Institute with The Boeing Company, Etihad Airways and the Abu Dhabi Oil Refining Company (TAKREER) as principal members. The SBRC has received significant attention for joint research aimed at the advancement of sustainable biofuels and bioenergy. However, the growing regional emphasis on water and food security now provides context to showcase the SBRC’s emphasis on developing a comprehensive, balanced solution to the region’s integrated water, food, and energy concerns.

The SEAS incorporates sustainable food production and renewable energy development without the use of freshwater or arable land. In the UAE, farmable land accounts for only 0.5% of the country’s total land area. At the same time, groundwater, which provides over 50% of the country’s freshwater, a majority of which is mainly used for agriculture, is being depleted at an unsustainable rate of 0.5 centimeters per year. Thus, an approach to producing food and energy in a way that avoids placing additional strain on these two precious and limited resources is crucial.

The SEAS process begins with aquaculture where seawater is used to raise shrimp and fish that serve as valuable food sources. The waste of these fish and shrimp acts as a fertilizer to promote the growth of a halophyte plant species called salicornia. This hardy plant thrives in deserts, does not require fertile soil, and can be irrigated with seawater, resulting in crops with an oil and sugar content suitable for biofuel and biochemical production. The remaining nutrients from the aquaculture/agriculture process are then diverted into mangrove forests, which eliminate nutrients and waste while also serving a valuable role in the marine ecosystem as nurseries for young fish and as carbon scrubbers for the atmosphere.

“SEAS aims to address the needs of the UAE’s water-food-energy nexus in a way that is sustainable, economical and lasting. By leveraging the country’s ample seawater and desert land to support sustainable, environmentally-friendly aquaculture and agriculture, the SBRC hopes to preserve the country’s precious freshwater, arable land and marine resources while achieving greater food security sustainably,” said Dr. Alejandro Rios, Director of the SBRC and Professor of Practice at Masdar Institute.

Aquaculture – which refers to industrial fish or shellfish farming – plays a critical role in promoting health and food security around the world, particularly in developing countries where fish is a primary source of protein and essential nutrients.
According to a 2014 report on the State of World Fisheries and Aquaculture published by the Food and Agriculture Organization of the United Nations (FAO), aquaculture now provides almost half of all fish used for human consumption. However, in the UAE, the share of fish by aquaculture accounts for only 1% of the fish consumed in the country, the remaining 99% being caught or imported from abroad.

This low rate, coupled with rising demand in the local seafood market – which has outstripped the current supply from the combination of fish caught locally from the sea and produced from aquaculture – presents a significant opportunity for the development of a more robust aquaculture infrastructure to meet growing food demand in the country. This need is particularly important in light of the findings presented in the Aquaculture Guide, published last year by the UAE Ministry of Climate Change and Environment, which states that local fishing has reached its threshold level and is not expected to increase.

The SEAS pilot facility could play a key role in developing a stronger aquaculture industry by demonstrating how its innovative and sustainable water cleaning technology can produce fish in an economically viable and environmentally-friendly way.

Currently, the two-hectare pilot plant, which began operations in March 2016, is cultivating Indian White Shrimp, Tilapia, and Sea Bream, and at its current size is estimated to produce five tons of seafood per year. Over the course of the next three years, the SEAS facility is expected to scale up to 200 hectares and increase its seafood production output to 340 tons per year, which is equivalent to 43% of the current total aquaculture output in the UAE.
If projected to commercial scale (thousands of hectares), SEAS could allow for the expansion of aquaculture to produce enough seafood to sustainably meet the equivalent of the entire current seafood demand gap in the UAE.

The sustainability of the SEAS technology is due in part to the ecosystem services it provides by removing unwanted nutrients from the seawater, thereby avoiding the harmful environmental effects that fish farms operating in open water can cause. In open water systems, waste from the farmed fish can build up in the ocean water, contaminating the marine ecosystem, and sometimes producing harmful algae blooms and disease in marine organisms. In this region of the world, an additional consideration is that this contanimation could create increased operational and maintenance costs for the vital desalination plants that produce the potable water that is consumed in the residential and commercial sectors.

In the SEAS, a mangrove forest removes nutrients and waste from the aquaculture and agriculture effluent and returns the purified water back to the ocean. And like other forests, mangroves take in carbon dioxide and release oxygen, sequestering carbon from the atmosphere in their extensive root system and foliage, which also serve as fish nurseries for a variety of marine species.

The UAE ranks among the highest three global footprints in 154 countries assessed, meaning that the UAE’s ecological footprint is equivalent to 7.75 global hectares per capita. This signifies that if the whole world population lived by UAE standards, it would take 7.75 earths’ worth of resources to provide for the global population.

If SEAS farms grow to cover 100,000 hectares, it is estimated that the mangroves portion could potentially capture and store over nine million tons of carbon dioxide by the fourth year of operation, which, compared to the 41 million tons of carbon currently stored by Abu Dhabi’s coastal and marine ecosystems, is a significant contribution.
While the mangrove part of the system provides important water filtration and air cleaning functions, the agriculture part, which involves growing salicornia plants, which also absorbs carbon dioxide while the plants are growing, provides oil-rich seeds and fibrous biomass that can be converted into aviation biofuels, bioethanol, biogas and valuable bio-chemicals.

To further ensure the sustainability of the system, research is under way to power the energy requirements of these installations using renewable energy. At the pilot facility, the important water pumping functions and all other requirements are powered by renewable energy generated by on site solar panels.

The need to feed a growing population while preserving the world’s most precious resources presents a major challenge to communities and nations, particularly in the UAE, where freshwater and arable land are extremely limited.

The SBRC’s SEAS dynamic system offers a potential solution to this challenge by leveraging innovative aquaculture practices to meet the UAE’s growing food demand without putting pressure on the country’s freshwater and arable land, and without posing environmental challenges to its marine ecosystems.

With the added features of removing excess carbon dioxide from the air through its mangrove agroforestry system and producing biomass for renewable energy through its agriculture system, SEAS offers the UAE a truly holistic approach to meeting the country’s food, energy and water security, sustainably. 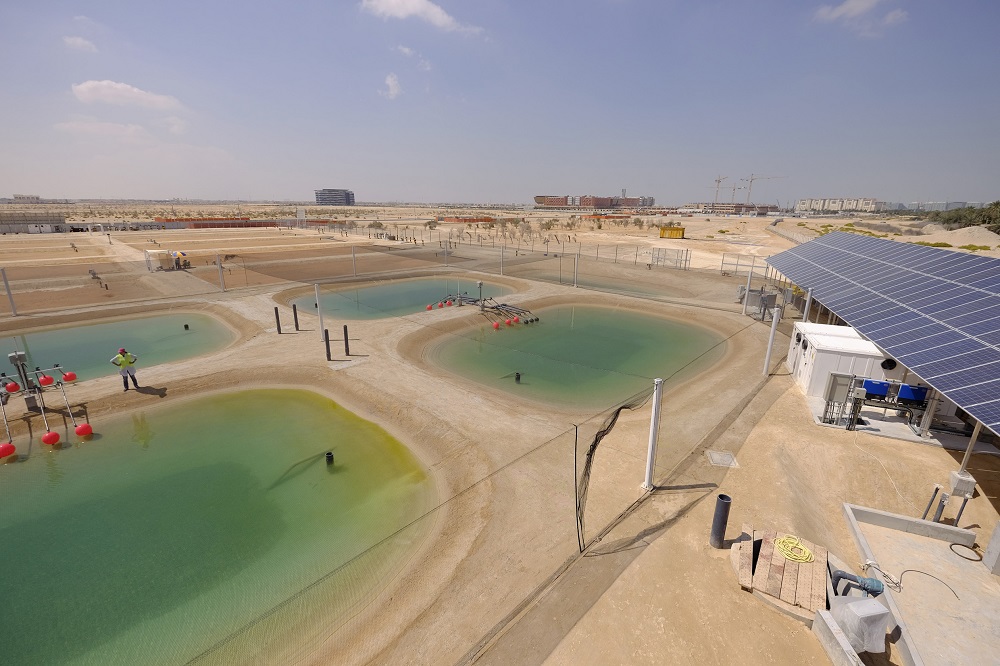 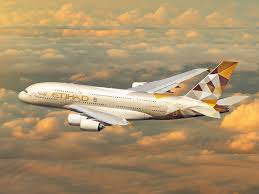 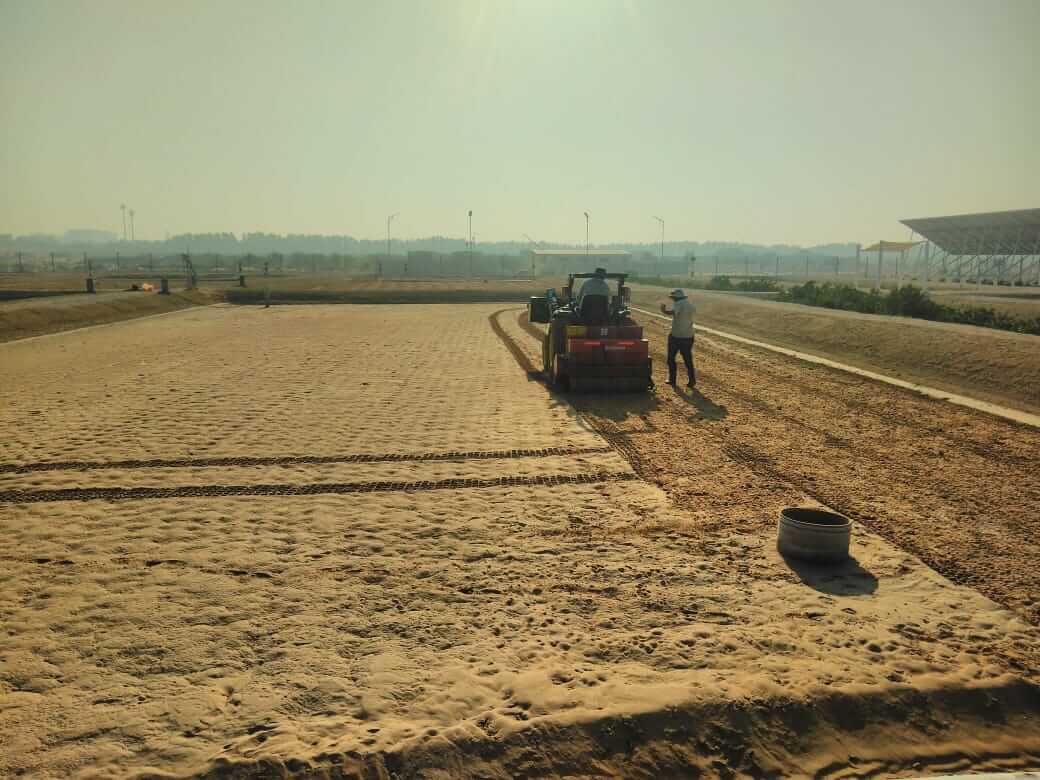