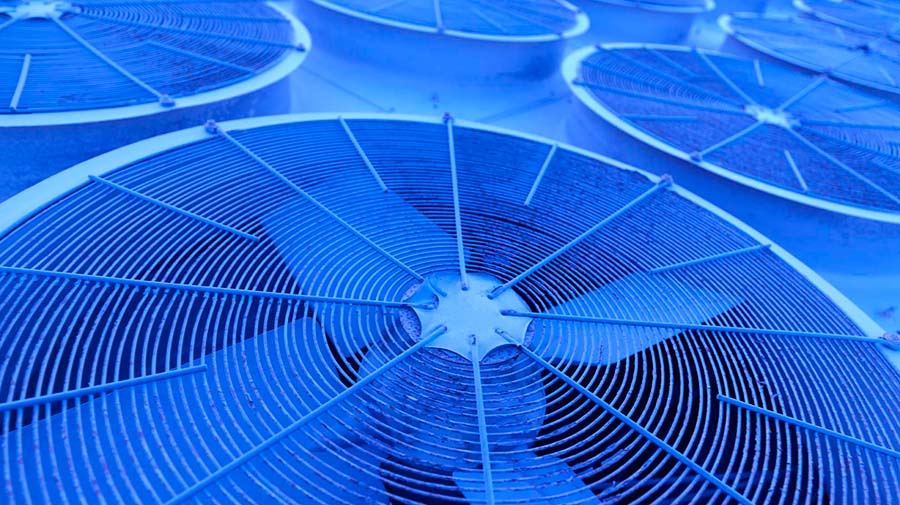 This year the UAE has joined more than 100 countries in committing to limit and mitigate climate change by ratifying the Paris Agreement, which is the first universal climate change agreement. The UAE has further delivered on its commitment to environmental sustainability through a new agreement signed in October 2016 that aims to reduce the use hydrofluorocarbons (HFCs), a potent greenhouse gas (GHG) that contributes to global warming.

HFCs are gases found in air conditioners, chillers and refrigerators and have a strong impact on global warming, which is why phasing them out has become a top priority in the global efforts to limit HFCs impact on climate change. Unfortunately, the use of HFCs are on the rise, as their even more harmful predecessors, chlorofluorocarbons (CFCs) and hydrochlorofluorocarbons (HCFCs), are being phased out globally under the Montreal Protocol, which banned their use in 1992.

In support of the UAE’s ambitious efforts to freeze HFC consumption from 2028 as per the recently signed Kigali Amendment, which modifies the Montreal Protocol to preserve the ozone layer, Masdar Institute is conducting several research projects aimed at finding alternative solutions for more environmentally-friendly refrigerants.

“The use of HFCs is rising rapidly as demand for cooling increases, particularly in countries like the UAE, which is experiencing rapid development and a growing population. This is a significant problem as HFCs trap far more heat in the Earth’s atmosphere than carbon dioxide,” explained Dr. Steve Griffiths, Vice President for Research, Masdar Institute. “This is why the sustainability-focused research at Masdar Institute has set as a priority the development of alternative refrigerants that can help reduce the current and future impacts of cooling systems.”

Air conditioners, chillers and refrigerators exploit the natural cooling process that occurs when a liquid evaporates and withdraws heat from the air. This process is achieved by forcing a liquid to evaporate and condense over and over again, typically in a closed vapor compression system.

A vapor compression cooling system has four main components; the compressor, expansion valve, evaporator and compressor. A liquid refrigerant absorbs heat from the environment, causing it to boil and transform from a liquid to a gas in the evaporator. This evaporative process decreases the temperature of the evaporator coils and a fan blows air over the cooled evaporator coils, which is blown through the air ducts that are connected to different rooms in a home or building. Vapor compression cooling is a closed loop system, so after the refrigerant evaporates, it is circulated to a compressor, which pressurizes the refrigerant vapor and converts it back into a high pressure, high temperature liquid that is fed into the condenser. Here, the refrigerant becomes very hot and heat is rejected to the ambient environment. Then the hot, high pressure refrigerant is fed through an expansion valve, where its pressure and temperature is reduced and is cycled back to the evaporator. The refrigerant flows back and forth until the building reaches the temperature set by the thermostat.

Refrigerants like HFCs evaporate at relatively low temperatures, making them ideally suited for the job of cooling. But scientists and government officials have realized that the benefits of these substances definitely do not outweigh the environmental costs from their potent GHG properties.

When HFCs are released into atmosphere, which happens when equipment gets old or damaged, or at the end of the product’s lifetime, they damage the ozone that protects our planet from the ultraviolet radiation of the sun. When HFCs enter the upper layers of the atmosphere and are struck by the sun’s ultraviolet rays, a chemical reaction occurs, producing chlorine atoms, which then deplete the ozone layer. Thus, finding alternative refrigerants that work as well as HFCs but are also nontoxic and nonflammable is the challenge facing chemists around the world.
Hydrocarbons are one type of environmentally-friendly refrigerant alternative available in great abundance in the hydrocarbon-rich UAE, but due to their flammable nature they must be carefully handled when used as refrigerants. Hydrocarbon refrigerants are actually safe if used within their flammability limits and within closed refrigeration systems, as there is no oxygen present to ignite the fluid.

That is why Dr. TieJun Zhang, Assistant Professor of Mechanical and Materials Engineering at Masdar Institute, is working to find solutions to ensure that hydrocarbon refrigerants can be used safely and effectively through novel vapor compression systems.

“A mechanical compressor is a moving component, which means that safety considerations and reliability are mandatory in order to use flammable hydrocarbon refrigerants,” Dr. Zhang explained. “Ejectors, which are a type of thermal compressor, could provide another option for HVAC systems as they are passive devices that do not require much maintenance.”

UAE National PhD student Saleh Mohamed, under the supervision of Dr. Zhang and Dr. Youssef Shatilla, Professor of Mechanical Engineering and Dean of Academic Programs, focused his Master’s thesis on developing a novel ejector cooling system that would enable the use of liquid hydrocarbon refrigerants with low risk. The simple ejector system enables greater flexibility of potential refrigerants (such as those that are flammable) that can be used in compact HVAC systems by significantly reducing the risk of leakage.

Another project to reduce the impact of the UAE’s chiller dependence and resulting HFC emissions was led by Masdar Institute Associate Professor of Mechanical and Materials Engineering Dr. Peter Armstrong. He and his team developed an optimal chiller design for the UAE that offers high performance, energy-efficiency and a reduced life-cycle cost. The project, which was sponsored by the Executive Affairs Authority of Abu Dhabi, proposed a performance level 40% above the minimum energy performance standard (MEPS) prevalent in temperate climates.
“The new MEPS will ensure that cooling equipment built in or imported to the UAE is the most energy-efficient in the world,” Dr. Armstrong remarked.

Through their research, the team assessed the efficiency of heat pumps and cooling equipment using different refrigerants. Their findings indicate that using propane or ammonia – a second type of environmentally-friendly and cost-effective refrigerant – instead of HFCs, leads to better cooling efficiency. Ammonia and propane evaporate at lower temperatures than HFCs and require lower compression pressure, making them significantly more energy-efficient.

Although ammonia is one of the first refrigerants ever used, and is still a common refrigerant for industrial applications, including cold storage warehouses, it can be toxic if leaked from the chiller system. However, Dr. Armstrong believes the risks associated with an ammonia leak are minimal compared to the benefits they offer as an energy-efficient, low-cost and environmentally friendly refrigerant.

“The hazards of ammonia and propane do not pose great risks in rooftop chiller applications, which represent about half of cooling energy consumed in dense urban areas of UAE. The amounts of gas released in even a complete and abrupt rooftop loss of charge are quickly and harmlessly dissipated,” Dr. Armstrong explained. A new project has been developed in collaboration with the UAE Ministry of Energy aimed at demonstrating the potential for new regional MEPS based on the work done at Masdar Institute.

Some studies report that a freeze on HFCs could help prevent the earth from heating up by up to 0.5° Celsius in the long run. This extra half-a-degree in global temperature could have detrimental consequences, including higher global sea-levels, longer heat waves, and more damaging impacts on tropical coral reefs. That is why Masdar Institute is working to provide the critical solutions needed to avoid such adverse climate change through research and development of advanced chiller technologies and environmentally-friendly refrigerants that will support more sustainable cooling in the UAE and across the world.