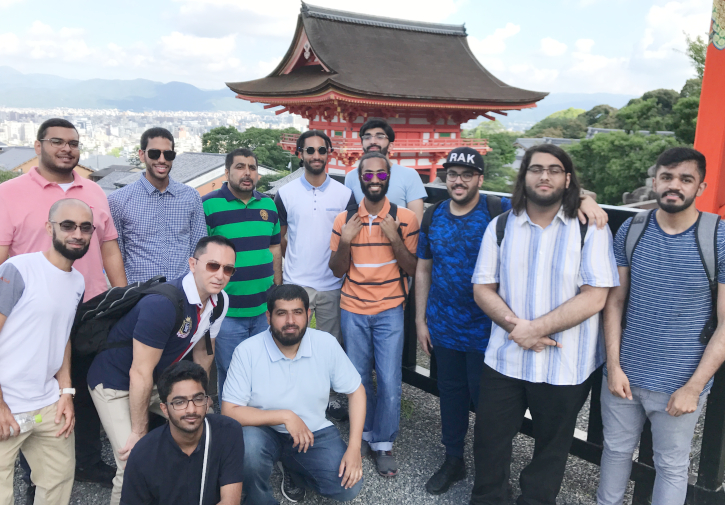 More than 400 students interned within the UAE at various government and private sector organizations for up to eight weeks as part of Khalifa University’s Summer Internship program.

Industrial Engineering student Mohamed Khaled Ballaith interned as a Mechanical Maintenance Engineer with Shams Power Company, a 100MW concentrated solar power (CSP) plant and the first of its kind in the Middle East region located in the Western Region of the Abu Dhabi.

Sharing his experiences, Ballaith said: “I learned about the production of solar power and keeping the system online. I was engaged in many field jobs such as performing preventive maintenance and corrective maintenance on all mechanical equipment such as valves, pipes, motors, compressors and turbines. This gave me valuable experience.”

Khalifa University also worked collaboratively with a number of organizations from various industries in different countries including Germany, the United States, Italy, France, Japan, Ireland and Korea, to secure internship placements with foreign industry. On average, the university sends around 30 students overseas every year under its internship program.

Alnuaimi said: “I worked as part of an agile software development team that follows a framework called SCRUM. I was able to develop python programs, application programming interface (APIs), and iOS applications. Additionally, I have learned the process of software development in the workplace. Being in such a place outside my comfort zone has developed me not only academically, but also personally in problem-solving and being through independent.”

Alneyadi said: “I mainly served in the health and safety department of Barij Munitions, which gave me an insight into the regulations and helped me gain greater understanding of how new manufacturing companies depend on the assurance of complying with a set of regulations to best provide the most effective and efficient production rate of such munitions.”

He added: “In addition, I had experienced how a mechanical engineer can benefit this field and serve to better local mindsets to increase innovation. I have noticed aspects that I felt can be modified and made better. I have gained way more interest and experience than I had expected while joining this company.”

This year two Master’s students – Sara Sarrar and Madiha Farman – completed summer internships at the University of Tokyo as part its Engineering Summer Education Program (ESEP) 2018, where up to 20 students are selected each year for short-term research experience in the basic and translational sciences.

Additionally, a team of nine Khalifa University students interned in Japan as part of the ADCO-Cosmo-JCCP Internship Program over the summer. Their experience included trips to Waseda University, a private, independent research university in central Tokyo, the 100,000-barrel-per-day (bpd) Cosmo Sakai refinery, Toyota facility in Nagoya, the JFE Steel’s Chita Works, and the Hamaoka nuclear power plant. The internship program aims to give the UAE’s future engineers the opportunity to visit leading Japanese companies in oil, energy and manufacturing sectors to teach them about their operations, as well as visit renowned Japanese universities.