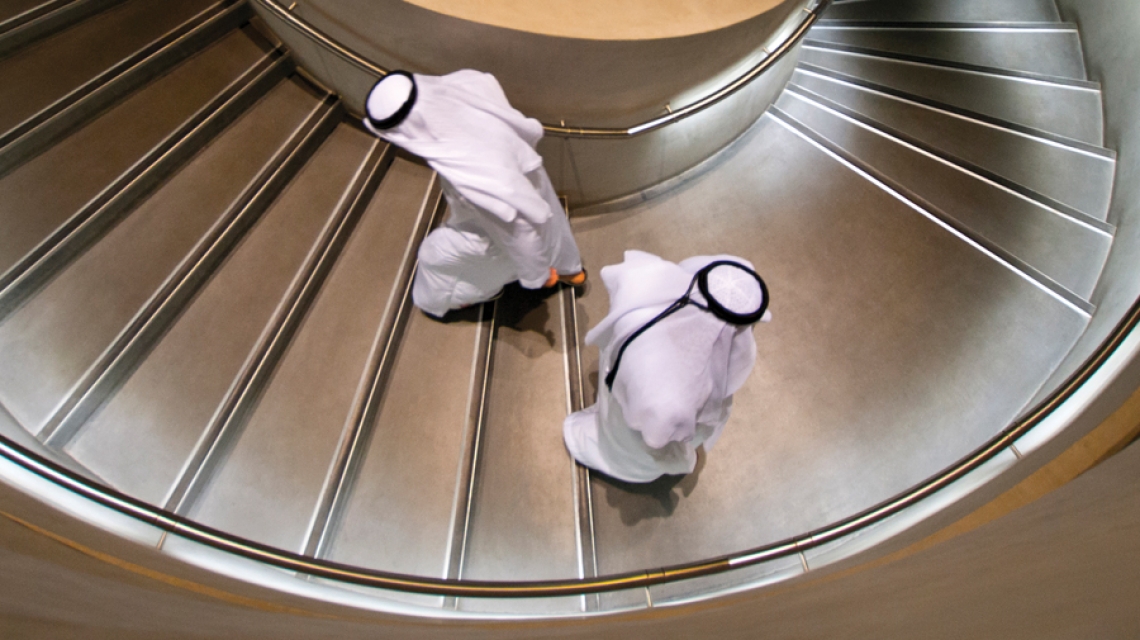 Buildings are the UAE’s biggest energy consumer and heaviest greenhouse gas emitter, consuming almost 80% of the nation’s electricity. While some of this consumption is a function of the country’s harsh environment and the subsequent need for year-long cooling, a significant share is a result of energy wastage due largely to inefficient energy management systems and actions taken by occupants and facility managers.

In an effort to reduce the energy wasted by UAE buildings, a team of researchers at Masdar Institute have developed a novel tool that evaluates a building’s energy performance through a holistic and integrated human-centered approach, producing optimal cooling strategies that maximize both energy savings and building occupants’ thermal comfort.

“The proof-of-concept tool we have developed sheds light on the integral correlation between people’s behavior and a building’s energy performance. Prior to this model, there was no attempt to study and optimize the performance of the built environment in such a holistic manner,” explained Masdar Institute Assistant Professor of Engineering Systems and Management Dr. Elie Azar.

“The model successfully captures the missing ‘human’ dimension of building performance, which is a crucial step to designing smarter and more sustainable buildings, communities, and cities,” he added.

Dr. Azar worked with Masdar Institute researchers Christina Nikolopoulou and Sokratis Papadopoulos to develop and test the modeling framework, which runs on a Java-based agent-based modeling (ABM) software. The framework integrates key dimensions of building performance: people’s schedules, or how they move around in their environment; energy consumption, or how much energy is consumed based on the air-conditioning set-point temperature; and thermal comfort, which include metrics like outdoor temperature, humidity, air velocity, people’s metabolic rate, and clothing. By integrating these three dimensions into one overarching model, the team developed a tool that is able to determine both how individual people impact energy consumption and also how people get impacted by their environment; a crucial dynamic that is often overlooked by conventional building performance models.

The team demonstrated the model’s validity by applying it to a mock campus environment in Abu Dhabi, in which the tradeoff between energy consumption and thermal comfort was simulated and quantified. Through the simulation, an optimal cooling strategy resulting in a 19% reduction in energy consumption was achieved, without compromising occupants’ comfort and well-being.

The cooling strategy consisted of varying the heating, ventilation and air conditioning (HVAC) thermostat set point settings for classroom, office, and dormitory buildings, based on their expected occupancy levels. The comfort level of occupants was evaluated using a well-established static model for predicting the percentage of people dissatisfied given environmental conditions (such as temperature and humidity) as well as occupant-related information (such as metabolic rates and clothing levels). The findings were recently published in the journal Applied Energy.

“The complex and multidisciplinary challenges encountered in the built environment require more comprehensive energy solutions than current models offer,” Dr. Azar remarked. “The lack of modeling frameworks that integrate these performance metrics together, and ignore the relationship between buildings and their occupants, can lead to solutions with unintended negative consequences such thermal discomfort and productivity losses among occupants.”

The assistant professor expects that the tool’s potential applications will expand in the coming years as more data and information from other Masdar Institute research projects that also focus on interactions between weather, buildings and behavior are incorporated. The resulting holistic modeling tool could be used to guide future planning of urban areas to reduce buildings’ energy consumption, thus contributing to the UAE’s sustainable development goals.

The building sector has a key role to play in achieving greater energy efficiency and sustainability in the UAE, and the holistic modelling tool developed at MI could help capture a significant share of this energy savings potential. The tool exemplifies how Masdar Institute works to develop region-specific technologies that will contribute to an innovation ecosystem to help meet the UAE’s energy efficiency goals.