As the world’s leading energy organization reports the radical steps needed to reach net zero emissions by 2050, SVP Research and Development Dr. Steve Griffiths discusses the prospects for the oil-producing GCC countries in a webinar hosted by The Middle East Institute.

In May 2021, the International Energy Agency (IEA) published a landmark report on a pathway to net-zero carbon emissions by 2050. Among the many proposals in the report is the call to immediately end new investments in oil and gas exploration and development. Gulf Cooperation Council (GCC) economies still depend heavily on oil and gas for their national income, despite economic diversification initiatives over the last several years. How credible is the IEA pathway to Net Zero by 2050 and how will this affect the oil-producing countries in the GCC?

Net Zero is part of the broader discussion around energy transition: the evolution of the global energy system from predominantly one form of energy to another. This is something we should all be familiar with since we’ve been through a few of them. In the 1800s, we went through a period where we were a society based on biomass, then the industrial revolution followed and we switched to coal for a new form of energy. Finally, in the last few decades, coal, oil and gas have become the dominant sources of energy with the proliferation of hydrocarbons, but of course, renewable energy sources have appeared as well. We are seeing sustainability coming into play and as it does, we have to ask the question: what’s going to happen over the next 80 years as we see the end of the ‘oil age’, particularly as we work on limiting the emissions from the combustion of fossil fuels?

The current thinking is it would be much better for the planet to limit global warming to 1.5 degrees, because when you get to 2 degrees, the climate issues we’re seeing now will simply be exacerbated. The 2050 dialogue is now on the table, and this creates a discussion about how quickly we can move towards mitigating or eliminating our emissions.

The sustainable development scenario is essentially a net zero solution, but with a postponed deadline: global CO2 emissions from the energy sector and industrial processes would need to fall by more than 70 percent by 2050 to be on track for net-zero by 2070. This would limit global warming to less than 2 degrees Celsius relative to pre-industrial levels.

A shorter timescale, and the one recommended by the recent IEA report, Net Zero by 2050, would see global CO2 emissions reduced to net-zero by 2050, falling around 45 percent from 2010 levels by 2030. This would, with high probability, limit global warming to less than 1.5 degrees Celsius relative to pre-industrial levels.

It’s pretty ambitious to aim for Net Zero by 2050, since to see a more than 40 percent decrease in our CO2 emissions by 2030, which is what the pathway suggests, would require a massive change in the way we use and view energy.

There are many net-zero scenarios and the oil and gas sector is heavily impacted in each. All these scenarios have a fairly similar trajectory for oil and gas, and if we follow a Net Zero 2050 pathway, we’ve already hit peak oil.

To reach net zero by 2050, there will need to be a 70 percent reduction from 2020 to 2050 with oil demand never exceeding 100 million barrels a day. In fact, along this trajectory, we’ll see a rapid decline in oil demand, dropping sharply over the next three decades to 25 million barrels a day. On the same path, natural gas is yet to see its peak, but that’ll happen within this decade. With a more gradual decline to 2050 than oil, demand for natural gas will fall off by 40 percent.

OPEC is particularly well situated in the IEA Net Zero scenario with more than half the market share; if you’re a Middle Eastern country producing oil, the situation looks pretty good, so to speak. However, even if you’re still a producer with more than 50 percent market share, you have to consider the impact the reduced demand will have on revenues as diminished demand impacts oil prices. The challenge we’re going to face here is that the economic structures of the GCC countries are generally not compatible with a Net Zero world. While they have made some positive progress in economic diversification between 2010 and 2020, they are still heavily reliant on hydrocarbons for government revenues, exports, and economic activity. Among the GCC countries, the UAE is perhaps best positioned but also needs to make further progress. As it stands, this region, and many others, are not ready to jump straight into a Net Zero world trajectory.

Net Zero by 2050 assumes a very rapid global shift in energy consumption patterns, with a precipitous drop in demand for oil in particular. To follow this IEA recommendation, we would need to stop developing new oil fields immediately, with any new investment directed to maintaining production at existing fields. Likewise for natural gas, all investment would be used to sustain existing production to meet residual demand in the future.

However, many are still assuming that oil demand by 2030 will largely follow a trajectory based on current and announced government policies focused on climate and sustainability. This, coupled with the fact that a number of countries that are heavy energy consumers, such as India, are rejecting a rapid decarbonization trajectory indicates a good chance that demand for oil will increase by 2030. Confirming this notion, consulting firm Wood Makenzie announced recently that they foresee a 2030 oil demand supply gap of about 20 million barrels per day. This is not to say that Net Zero by 2050 is completely out of the question, but it’s unlikely given the fact that the need for increased oil production in the coming decade is a very real possibility.

However, while Net Zero by 2050 is debatable, planning for Net Zero is nonetheless important. There will be a net zero: maybe not by 2050, but someday it’s going to happen, and the low-cost hydrocarbon producers will be the ones that survive or at least last the longest.

When oil demand decreases, which it inevitably will, oil prices will fall and this will lead many oil-producing countries to have uneconomical or stranded oil reserves. If the asking price for a barrel of oil falls below the cost of production, countries will find themselves with oil reserves they cannot exploit without incurring a loss. Therefore, oil demand in the future will be optimally met by low-cost, low-carbon producers located in economies that can remain viable when faced with reduced income from oil and gas exports, such as the GCC producers.

In planning for net zero, companies in the oil and gas industry need to consider strategies involving reducing production costs, moving downstream into refining and petrochemical production, or investing in low-carbon energy, transitioning from ‘oil and gas’ companies to ‘energy’ companies. The strategy that players in this industry will pick is context dependent. National oil companies (NOCs) need to monetize their oil and gas reserves to the extent possible, and selected NOCs have downstream opportunities to explore. Many of these companies with downstream integration, which are located in the Middle East, and particularly in the GCC, can pursue potential long-term opportunities in refining and petrochemicals. Qatar in particular will bet on long-term demand for low-carbon natural gas, particularly LNG, and its derivative. It is expected that under any future scenario in which demand for oil remains, GCC countries will be prominent producers and gain market share, partly due to the low geopolitical risk in the region.

In the long-term, GCC national oil companies will pursue greener oil and gas production while also looking towards low-carbon energy sources that fit with Net Zero ambitions but align with core competencies. In this vein, hydrogen, particularly blue hydrogen, which is hydrogen produced primarily from steam methane reforming coupled with carbon capture, is an opportunity consistent with Net Zero pathways. Qatar, for example, is likely to focus on low-carbon gas supply for the production of blue hydrogen elsewhere, while Saudi Arabia, and perhaps the UAE, may produce blue hydrogen locally and export it or additionally see opportunities for importing and storing CO2 from blue hydrogen production abroad. Hydrogen is a core element of the IEA Net Zero plan, and the GCC countries are poised to produce and export blue hydrogen, its derivatives, and natural gas for hydrogen production elsewhere. However, finding the right business cases for the options to pursue is the current challenge.

As the IEA report says, reaching net zero by 2050 “requires nothing short of a total transformation of the energy systems that underpin our economies.” While 2050 is an ambitious goal, Net Zero will happen eventually and the global energy transition will, over time, reduce dependency on fossil energy sources. It’s clear that oil producers and exporters will increasingly face economic challenges as the transition unfolds but various strategies exist for continued prospects for GCC national oil companies in a Net Zero world. Gas producers and exporters are expected to have opportunities in low-carbon gases, particularly hydrogen, but hydrogen exports will not make up for long-term decline in oil export rents. The economic diversification initiatives currently underway in the region must continue.

The energy transition from the oil age to a mix of energy sources in the future requires economic transition for GCC countries. But what it also needs is support from and for the countries and economies around the world driving the demand for oil. Even as the world pursues decarbonization and emission reduction technologies in the pursuit of Net Zero, oil and gas will continue to play a role in many energy systems. It’s clear that oil and gas must be a part of the broader net zero conversation.

Dr. Steve Griffiths is the Senior Vice President of Research and Development and Professor of Practice at Khalifa University. 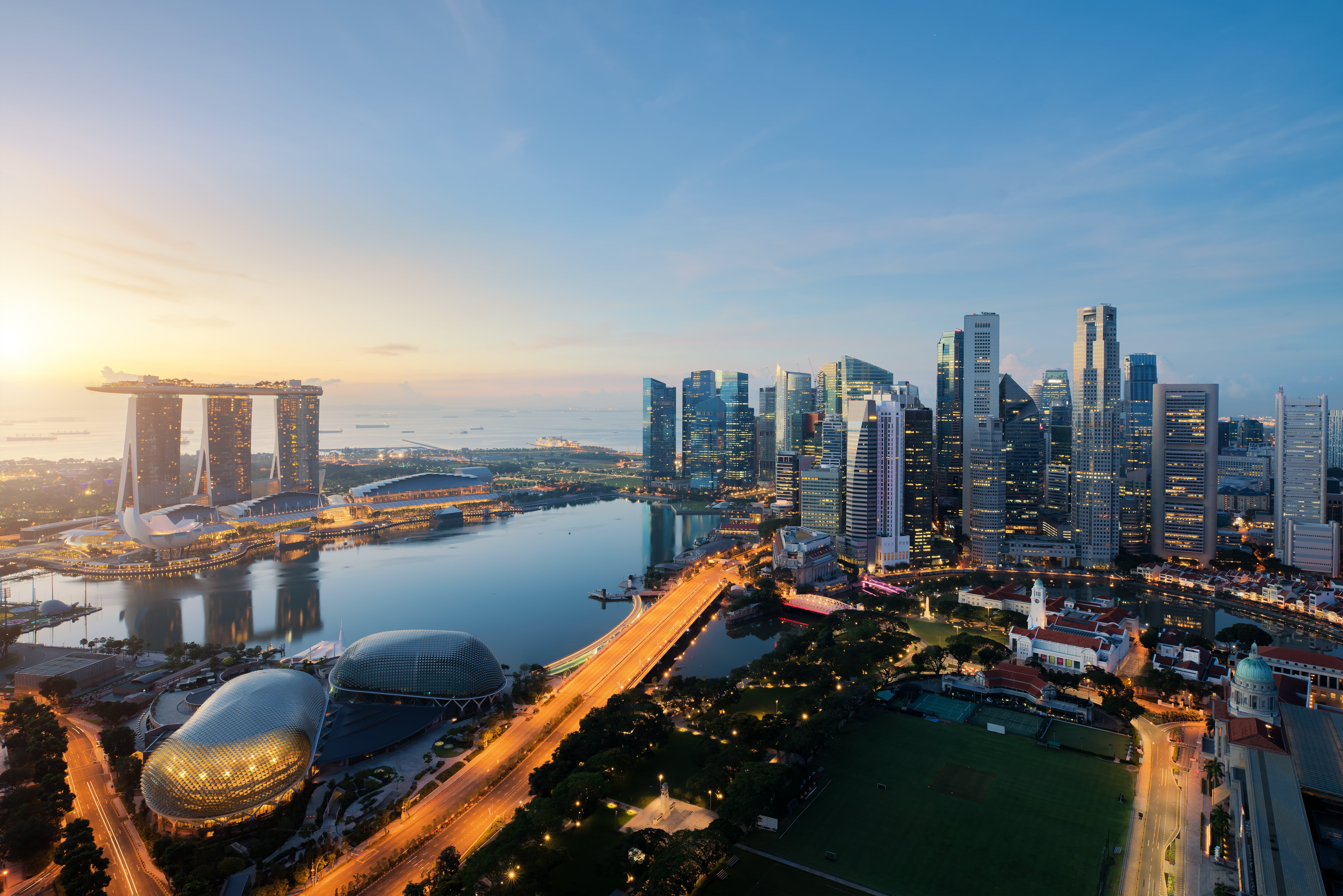