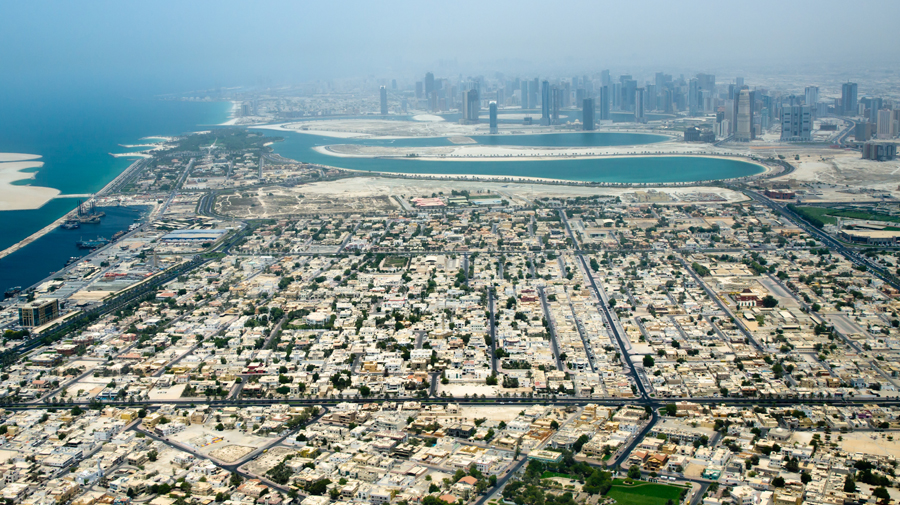 Guiding the growth of sustainable neighborhoods in the UAE requires a deep understanding of how neighborhoods evolve in the first place, in order to properly manage the development of suburban areas, Masdar Institute MSc in Sustainable Critical Infrastructure student Lamis Abu Ashour highlighted in her presentation at the International Seminar on Urban Form – Italian Network (ISUFitaly) International Congress last month in Rome, Italy.

Abu Ashour presented her team’s study, titled “Measuring Urban Form in Abu Dhabi: An Exploratory Study Comparing Two Evolving Communities in Abu Dhabi, Similar in Use and Layout Yet Performing Differently in Terms of Environmental Sustainability,” at the 3rd ISUFitaly International Congress, which was held under the theme of Learning from Rome: Historical Cities and Contemporary Design.

The team has analyzed the different elements of urban form – including density, size of super blocks, and street configuration – in two distinct UAE neighborhoods; one urban neighborhood on the island and another suburban neighborhood on the mainland. Their research aims to understand how the design and development of suburban areas can be improved so that suburbs can become healthier and more environmentally-friendly places to live.

Suburbs currently pose a major challenge and opportunity for urban planners, policy makers and city managers. As over two-thirds of the world’s population is expected to reside in urban areas by the middle of the century, suburban development will experience tremendous growth – a phenomenon known as suburban sprawl. Because suburbs sprawl outward for kilometers, residents drive much more often in suburbs, releasing large amounts of greenhouse gases into the atmosphere. And because suburbs offer residents larger homes for less money than in urban centers, suburban residents often spend significant amounts of energy cooling and powering their larger homes.

Thus, developing solutions to mitigate the negative impacts of suburban sprawl is critical and timely. In the UAE, these solutions are even more urgent, as more than 70% of the population is already located in the country’s urban areas, and according to Dr. Al Awadi, a general suburban sprawl trend is evident in the Abu Dhabi mainland and more recently developed neighborhoods in the emirate.

“While both neighborhoods compared share a similar land use structure and have a very similar size and street layout, their overall net density, connectivity, and functionality differ significantly. We analyzed performance shifts – measured as the amount of solar gain and increase in heat in each neighborhood – in response to changes in density and building intensity, and measured consequential changes in built form and livability,” Abu Ashour explained.

Abu Ashour and her team examined the relationship between major urban form elements, including city blocks, plots, streets, constructed space, and open space, in both neighborhoods. These elements were then analyzed using common metrics, such as block, plot, and network density, number and type of road intersections, and floor-area ratios. A swap analysis between certain urban form parameters between the urban neighborhood on the island and the suburban neighborhood on the mainland was conducted to further diagnose the differences and investigate the parameters driving urban sprawl in the city.

Results from the comparison were applied to a third partially developed neighborhood on the mainland to investigate the potential of mitigating suburban sprawl and its negative impacts on current planning frameworks being implemented in the mainland.

“From the comparison analysis between Abu Dhabi Island neighborhoods and the mainland neighborhoods, we concluded that 70% of the consumed land for suburban neighborhoods could have been conserved if the planning followed the same density patterns that were applied on the island. Our work suggests that increasing density and building intensity on partially developed neighborhoods on the mainland has positive results in mitigating sprawl. A redevelopment of the undeveloped land in Shakhbout City could increase its density from a very low level of 1,500 people per square kilometer, to an intermediate density level of 3,700 people per square kilometer, which increases the potential to obtain compact settlements that are widely proven to be the most sustainable urban forms,” Abu Ashour explained.

The research conducted by Abu Ashour and her team could play an important role in the development of design guidelines that will lead to suburban neighborhoods that are more environmentally sustainable.

A city’s design and structure can be very influential to people’s quality of life and in turn to the country’s prosperity. As Abu Dhabi continuously strives to transform itself into a knowledge economy, the city must be able to attract and retain high-caliber knowledge workers while conserving and preserving its vital natural resources, particularly its land.

This project is one of many being conducted through MI’s MSc in Sustainable Critical Infrastructure program aimed at transforming UAE’s urban centers into sustainable and environmentally friendly areas that promote better health and socioeconomic well-being. This research is being conducted as part of a one-to-one joint collaborative research project between Masdar Institute and MIT, titled “Mapping Abu Dhabi’s Native-Born Neighborhoods: Scenario Planning and Design of New Sustainable Neighborhood Forms.”