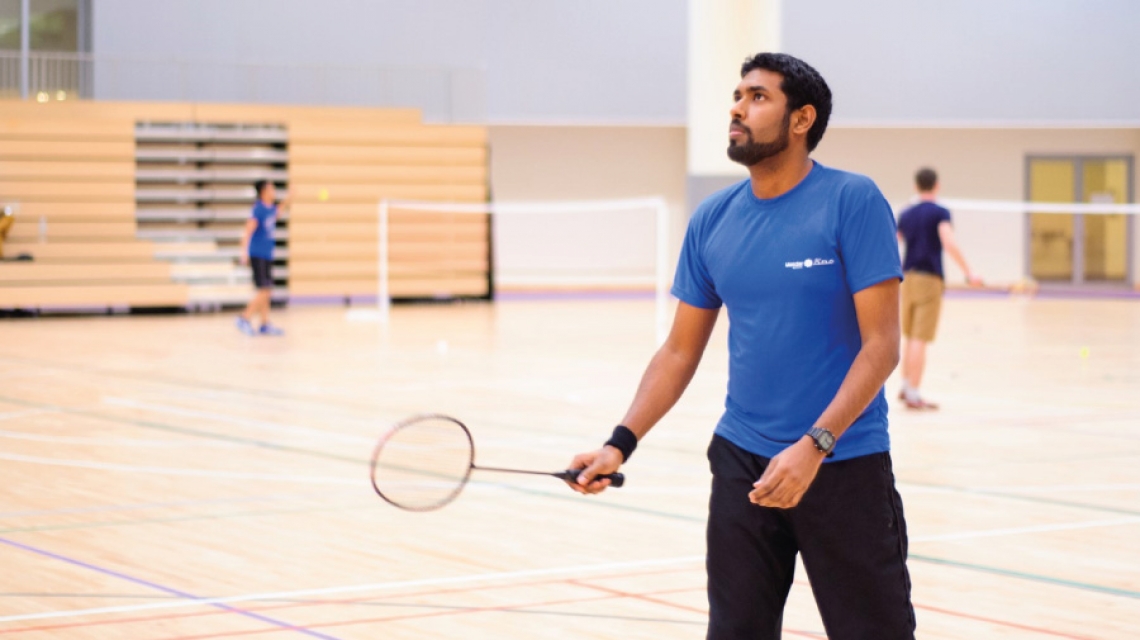 Masdar Institute’s cricket and badminton teams were crowned champions of their respective disciplines during the Abu Dhabi Inter-University Sports League Official Celebration, which recently took place at the Petroleum Institute.

Dr. Behjat Al Yousuf, Dean of Student Life at Masdar Institute said, “We are delighted to have expanded our involvement in the inter-university league. This year over 75 Masdar Institute students participated as part of six teams, a number of which won in their league. We are proud of our students’ sports successes, which are an important balance to their academic pursuits.”

The Masdar Institute cricket team successfully fought off the competition to win the first Abu Dhabi Inter-University Sports League cricket championship with a comprehensive victory over the Petroleum Institute (PI) in the final, which was held in March 2015.

Saad Akhtar, captain of the Masdar Institute cricket team, said, “We were overjoyed to have won the cricket league in its first year of inclusion as a discipline in the Abu Dhabi Inter-University Sports League. This win has been made even more memorable as our team was formed just one year ago. We look forward to competing again next year and trying to retain our title.”

Masdar Institute’s badminton team was also top of the winner’s table by defeating the PI team in a thrilling final that was held in New York University Abu Dhabi in February 2015.

Asif Soopee, captain of the Masdar Institute badminton team said, “Our team put a lot of effort and dedication into training and preparing for the league and league finals. We are delighted that it paid off. The team thoroughly enjoyed the experience of competing and we are already looking forward to next year’s tournament.”

Established in 2012, the Abu Dhabi Inter-University Sports League brings teams from all over the emirate to participate in a number of disciplines. This year Masdar Institute added basketball, cricket and volleyball to its list of teams that already included badminton, football, and table tennis.  The Student Affairs Office of Masdar Institute has been instrumental in facilitating the development of the Institute’s teams and assisting them with their preparations for the league.