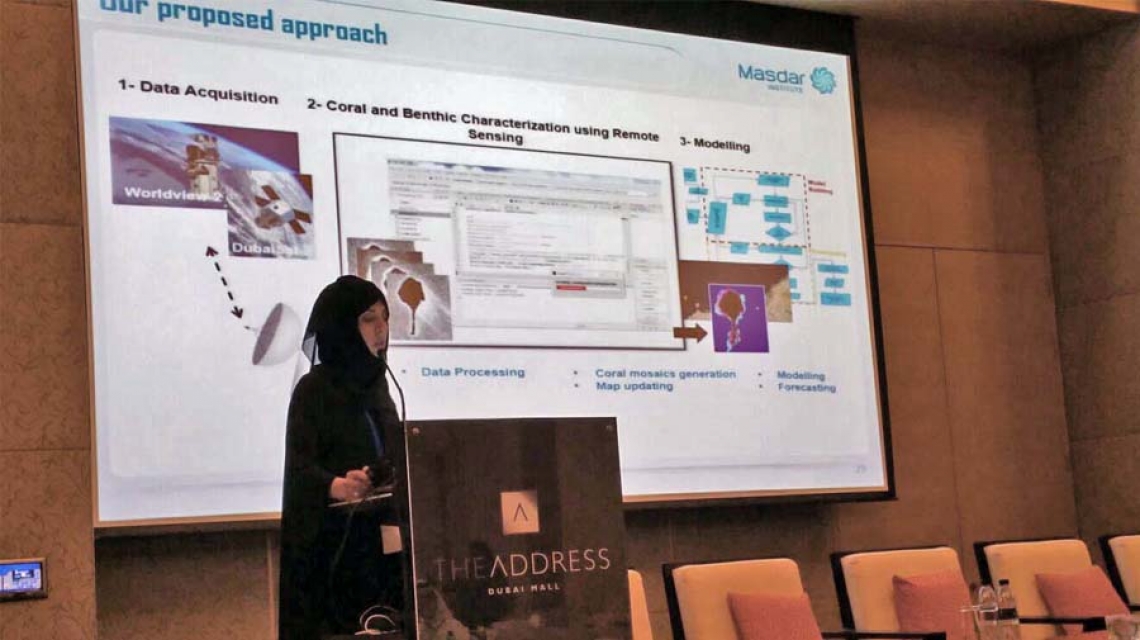 The summit brought together marine data management experts, regulators, maritime sector stakeholders and technology providers to discuss the important role data plays in monitoring and managing one of the GCC’s most precious resources – its sea.

She believes that the generation of integrated, easily accessible, high-quality data on these ecosystems is key to the development of systems that will help policy makers and maritime sector stakeholders better track, predict, manage and adapt to changes in the marine environment, which will help reduce the degradation of coastal and marine environments.

“The inaugural summit was the first of its kind in the region and it was a great opportunity to gather marine data users from different GCC-based organizations. It brought together experts who discussed the challenges, problems and potential solutions to structuring and centralizing marine data in the GCC region for easy and practical accessibility by all marine data users, including the scientific and academic community,” Ben Romdhane shared.

GCC nations are increasing their efforts to protect the Arabian Gulf, which provides not only a rich and diverse ecosystem, but also 40% of the UAE’s freshwater through desalination, and revenue through coastal tourism, trade and shipping, and fisheries. As a result, Gulf governments are investing significantly in advanced technologies that will lead to better data integration, management and access.

Ben Romdhane’s PhD research focuses on utilizing remote sensing – a technology that uses sensors on aircraft or satellites to collect data from objects on Earth by detecting the energy they reflect – as well as numerical modelling to better understand and protect the UAE’s coral reefs, which are regarded as some of the most diverse and valuable ecosystems on Earth.

In her presentation at the Marine Data Summit, titled “Remote Sensing and Modelling of Coral Reefs in the Arabian Gulf,” Ben Romdhane reviewed some of the international best practices in remote sensing applications and presented a case study that describes the current state of coral reefs in Dalma Island, UAE. She also provided a set of recommendations for gathering marine data more effectively, emphasizing the role that remote sensing technologies and modelling can play in developing smarter coral reef management solutions.

Remote sensing technologies can be used to monitor shoreline changes, track hazardous activity such as oil spills and algae blooms, and track water and soil quality, among other potential applications. This type of data can then be used to create management and preparedness strategies to reduce damage caused by such events.

Ben Romdhane believes that a holistic approach to managing the marine data being generated in the GCC is required to achieve better management – an approach that aims to integrate data into one model that encompasses the entire region. This, she says, would maximize access, quality and usefulness of the data.

Her advisor, Dr. Hosni Ghedira, Director of the UAE Research Center for Renewable Energy Mapping and Assessment (ReCREMA) and Professor of Practice, Chemical and Environmental Engineering, praised Ben Romdhane for her achievements and contributions to the Institute’s satellite-based mapping resources.

“Ms. Ben Romdhane has played a principal role in setting up the marine surveying activities at Masdar Institute using her knowledge of the key national players in this field. During her doctoral research at Masdar Institute, she has developed new satellite-based mapping methodologies and advanced modelling techniques that contributed to more effective monitoring tools of coral reefs in the UAE coastal areas,” he said.

The PhD candidate’s active and high-level participation in the summit reveals Masdar Institute’s robust efforts to develop dynamic experts in specialized research areas, who will be instrumental to the UAE’s knowledge-economy transformation.