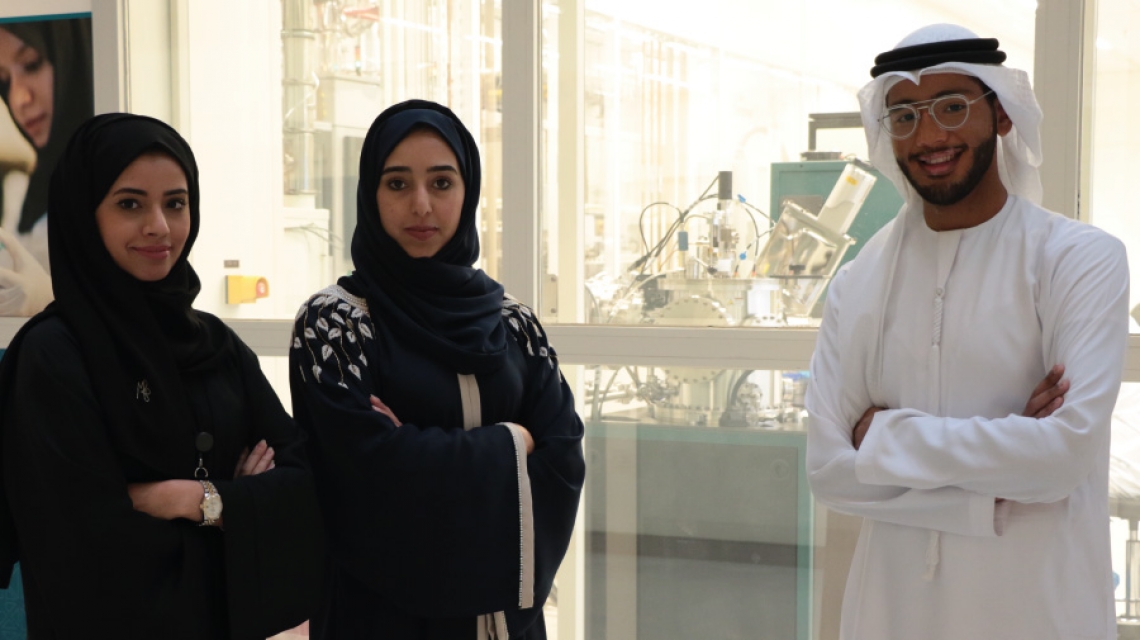 A debate held between Masdar Institute students and sustainability industry leaders at the “RenewAbility Debate Series” – an educational initiative held during the Abu Dhabi Sustainability Week (ADSW) – helped teach young people about the important and nuanced role sustainability and renewable energy play in mitigating climate change and achieving the ‘greatest good’ by 2030.

Organized by the Women in Sustainable, Environment and Renewable Energy Initiative (WiSER), the debate served as a platform for the transfer of knowledge from today’s generation of leaders to the next by pairing current leaders in the field of sustainability with students in the same field. The leaders and students debated the issue of whether a focus on accelerating the development of renewable energy is the best way to achieve prosperity for people and planet by 2030.

“As Masdar Institute students, sustainability is our field of expertise. To be able to talk about these topics and debate them at ADSW makes us feel empowered and I hope that we were able to have an impact – no matter how small – on the students who attended the debate,” said Mohamed Al Ghailani, a Master’s student in Chemical Engineering and one of four students who participated in the debate.

The students were paired with four sustainability industry leaders, including HE Dr. Thani Al Zeyoudi, Permanent Representative to IRENA, Director of Energy and Climate Change at the UAE Ministry of Foreign Affairs, Christine Lins, Executive Director of REN21, David Sandalow, Inaugural Fellow at the Center on Global Energy Policy, Columbia University, and Gurmeet Kaur, Head of UAE Projects at Eversheds.

The debate provided audience members with valuable information and insights, while it also gave the debating students the opportunity to develop innovative thinking skills on issues of sustainability, which is required to transform the UAE into a knowledge-based economy.

Al Mazrouei and Thaulo were paired with Lins and HE Dr. Al-Zeyoudi. They defended the proposition side of the debate, stating that a focus on renewable energy development is necessary for other forms of sustainable development to be achieved.

“Accelerating the development of renewables will directly facilitate the development of a knowledge-based economy and a new industry that can provide employment, spur education, and potentially end the poverty cycle that so many people in developing nations are stuck in,” Al Mazrouei explained. She also added that the adoption of renewable energy projects provides governments with energy security and environmental sustainability, in addition to economic opportunities.

On the other side of the debate, Al Ghailani and Abdulrahman argued the opposition with Sandalow and Kaur. Their team proposed that renewable energy development is just one part of the solution – not the solution – to achieving the greatest good, or a climate resilient and sustainable future for all.

“To achieve the greatest good as outlined by the 17 UN Sustainability Goals, we should not focus entirely on renewable energy because energy is just one part of the puzzle,” Abdulrahman said.

“To mitigate climate change, we should not rely solely on renewables; there are other ways to reduce carbon emissions and fight climate change, such as developing sustainable cities, like Masdar City, to achieve our global goal of an environmentally sustainable community.”

Al Ghailani, Abdulrahman and Al Mazrouei were part of the UAE’s COP21 delegation, and brought their insight from the international climate change conference to the debate.

“The COP21 conference gave me a holistic view of climate change mitigation and how broad the topic really is,” Al Ghailani commented.

“In order for countries to reduce their carbon emissions and increase renewable energy development, the solutions must be economically desirable while also considering the social aspects of the proposed solutions. My ability to analyze situations and evaluate their benefit based on these three criteria – environmental, social and economic – has enabled me to be able to debate the topic much more effectively,” he added.

The RenewAbility Debate took place as part of The Student Exclusive – an engaging and informative event hosted by Masdar at ADSW dedicated entirely to students. In addition to the debate series, The Student Exclusive included a performance from the Landfill Harmonic orchestra and an interview with AKON, a singer, rapper and founder of the Akon Lighting Africa Initiative.