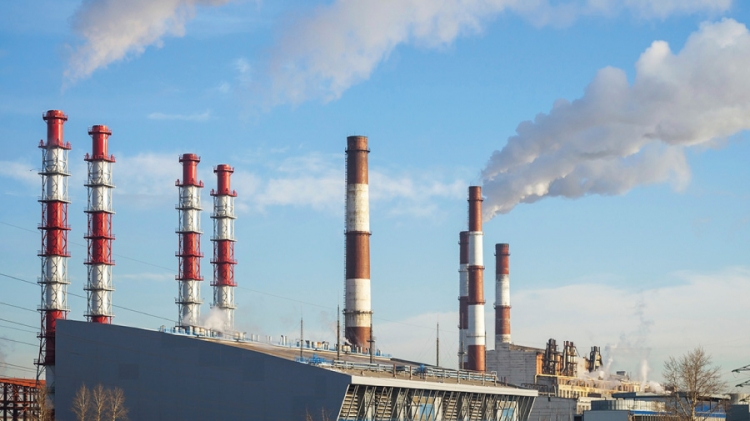 While many scientists the world over race to bring more alternative energy online, others are taking on the less glamorous but critically important challenge of making sure that the fossil fuels that humanity uses in the interim have a minimal impact on the environment. Though mankind’s future is hoped to be one where energy is carbonneutral, for the next 50 years at least, it is expected that coal, gas, and oil will continue to provide a significant portion of our energy needs. In the meanwhile, developing technologies that will reduce the carbon emissions of fossil fuels can go a long way in preventing the increasing severity of climate change.

One possible solution to make fossil fuels more ‘green’ is to prevent the emission of carbon that results from the combustion of those fuels. Scientists have hit upon the concept of carbon capture and sequestration (CSS) where carbon emission stream is captured and locked away from the atmosphere to prevent its contribution to the greenhouse effect. But while early stage technologies exist to capture carbon, they have yet to reach satisfactory levels of energy efficiency, cost effectiveness and reliability.

Carbon capture and sequestration is a fairly new concept and much research still needs to be done to make this method of neutralizing the climate change potential of carbon dioxide by locking it away underground cost effective and secure. Before the ideal technologies to capture carbon and store it can be developed, we first must better understand the requirements for successful sequestration.

Even though we cover most of the research aspect forthe development and evaluation of carbon dioxide capture technologies;one area of research that is critical to ensuring the viability of CCS investigates the purity requirements of the captured carbon dioxide that needs to be locked underground. Carbon dioxide that is captured from a gas, oil or coal-fired operation will contain a number of other elements, depending on the process. Some of those impurities, like oxygen, can greatly reduce how much the captured carbon dioxide can be condensed for storage. If these non-condensable impurities are not removed from the carbon dioxide, then transporting and storing the carbon dioxide can take far more space than is cost effective or even available. A carbon dioxide stream that contains even just 15 percent of non-condensable impurities could reduce storage capacity by 40 percent in sequestration reservoirs that are shallow and at low temperatures, and can reduce capacity by up to 80 percent when stored at greater depth, . Water and air in the stream can also rust the metal components of transfer and storage equipment, which would contribute to the increased operational cost of CCS through regular replacement and anti-rust treatments.

My research at Masdar Institute, which is being done in collaboration with Siemens, is first characterizing what is in the captured carbon dioxide streams, evaluating the requirements for the carbon dioxide end use and application, and then investigating new technologies to achieve these requirements – like dedicated technologies that could bring down the water levels to the low levels required. Because CCS is such a relatively new concept and a fledgling industry, there is a big gap in our understanding of these issues and as yet, no standards or regulation. It is our hope that our research will help make CCS safer and more attractive to governments like that of Abu Dhabi, which have committed to reduced carbon emissions.

To do that we are currently working with many oil and gas leaders, gathering from them their own knowledge and experience in natural gas storage and transport, to apply as many of their lessons to CCS as possible. This kind of comparative analysis can save time while adding to the depth of knowledge for the CCS sector. We are also examining the findings from the CO2 storage demonstration projects and enhanced oil recovery using carbon dioxide in the other parts of the world, to see what sort of problems have arisen from that form of carbon dioxide storage and use.

Through this analysis we are hoping to help create a guideline for CCS that evaluates what is available and what is further required. Following that we can begin to establish the best technological option to meet these requirements that is affordable, energy efficient and able to reduce impurities to the required level.We have already been able to provide a general structure to the purification requirements for the carbon dioxide steam and are screening technologies to provide that. We’re looking now into the economics of each of the options.

In time we hope to be able to collect information that reduces the cost of capture technologies by improving their efficiency and security, which in turn will facilitate full-scale CCS deployment sooner than expected. Our contributions to taking CCS off the drawing board and into the real world could help the UAE become more sustainable and through international dissemination reduce the rate of global climate change.

Dr. Mohammad Abu Zahra is assistant professor of chemical engineering at the Masdar Institute of Science and Technology.