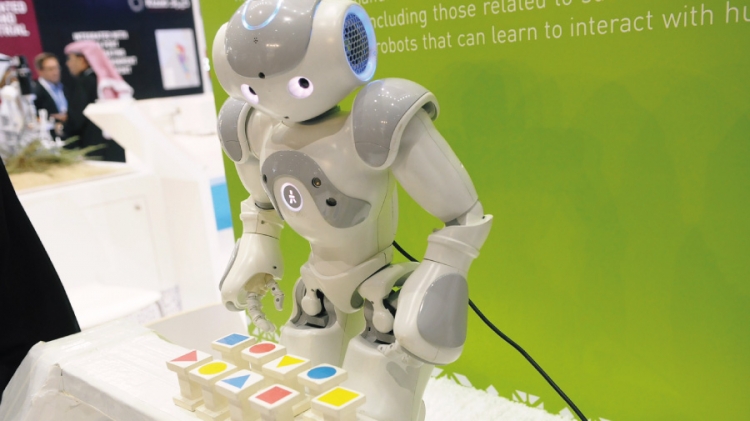 Ask a person to describe what life in the future may be like and it is likely robots will feature somewhere in their description.

The advancing computational and mechanical abilities of technology, paired with society’s constant need for safety, efficiency and cost-effectiveness, mean the potential for man-made helpers is huge.

Here in the UAE, the advancing field of robotics is of great potential benefit to a number of industries. In fact, any time you need to acquire information from or perform a task in a place that is hard to get to, or dangerous – including maintenance of underwater oil wells, exploration of hydrothermal vents, search and rescue, and other forms of remote sensing – there is a desire to employ a robot to prevent risk to human life.

But in using robots from a distance, scientists face the challenge of ensuring that the robot can adequately perform the desired task. There are two standard ways of doing this: remote control – “teleoperation” – in which a user specifies all of the robot’s movements from a distance, and full autonomy, in which the robot uses its artificial intelligence to accomplish the task without user input.

In teleoperation, the user communicates with the robot via an interface, which displays information from the robot’s sensors and allows the user to control the robot’s movements with input devices such as a joystick, keyboard, or mouse.

Such remote interactions are difficult for a number of reasons, including communication interruptions and delays, the large degrees of freedom of the robot (all of which must be controlled by the user), and the user’s ability to interpret effectively the robot’s environment in real time.

On the other hand, fully autonomous robots are programmed and trained to perform complex tasks in advance, typically by the designers of the systems. But robots often work in unknown, uncertain, and complex environments – making it tricky for designers to fully envision exactly what their creation might need to be able to do to adequately perform its tasks.

At the Masdar Institute, researchers are trying to find a sweet spot between remote control and full autonomy. In these systems, robots will have the ability to perform some functions (such as picking up a tool) autonomously, but the human can give high-level commands to guide and correct them. In so doing, we hope to overcome the problems inherent in either extreme.

The crux of this line of research is making a system that works but is not too hard for a human to control. We want people to be able to customise the robot’s behaviours to what they need.

We are hopeful that our work in this area can be of great benefit not only to industry but also to individuals in society. For example, robots are already becoming useful in health care, including autism therapy, assistive living and telesurgery. The potential applications for this research are diverse and likely to grow as scientists and engineers discover more uses for robots in industry, exploration and daily life.

However, these benefits can be achieved only if people can adequately interact with, program, and control robots.

We plan to continue to be actively engaged in developing robotic technologies that allow this and that will, in turn, let us create robotic systems that can be used successfully and responsibly in many aspects of society.

Dr. Jacob Crandall is an assistant professor of computing and information science at the Masdar Institute of Science and Technology
http://www.thenational.ae/news/uae-news/technology/seeking-robots-sweet-spot