Learning the Japanese Art of Innovation 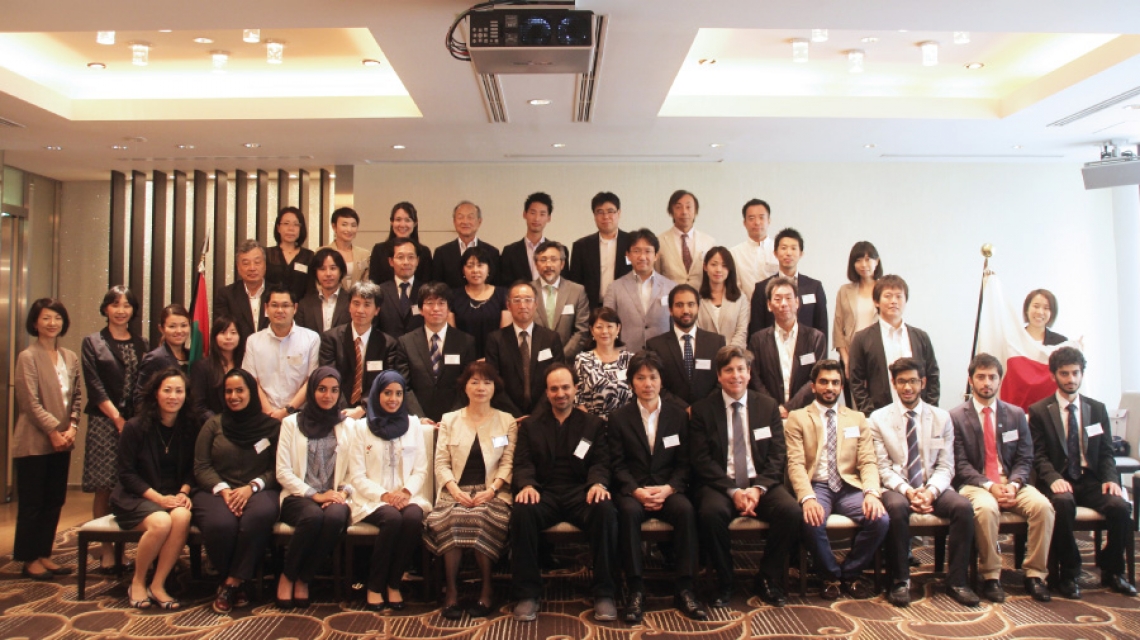 The first stage of the internship for Masdar Institute selected UAE national Master’s and Doctorate students began in Abu Dhabi on 12 April with an orientation lecture and Japanese language lessons. A pre-departure orientation held in Abu Dhabi on 23 April helped prepare the group for a meaningful cultural immersion during their field internship in Japan. The actual internship program took place in Japan from 17 May to 26 June.

Sponsored by the Ministry of Economy, Trade and Industry of Japan (METI) and organized by JICE, the internship program serves to provide students with advanced learning opportunities in the latest research and development in the field of clean technologies. This year, a total of five Japanese corporations – Chiyoda Corporation, JGC Corporation, Mitsubishi Heavy Industries, Mitsubishi Electric, and Yokogawa Electric Corporation – collaborated with JICE to offer the internship to the nine students.

Interns had varying cultural and on-site experiences in addition to interacting with corporate sector professionals. Chemical Engineering student Mohamed Al Ghailani interned with JGC Corporation along with Noora Abdulrahman, a student in the Engineering Systems and Management Program.

At Yokogawa Electric, Al Kaabi learnt about the utilization of cutting edge automation technology used in manufacturing measurement devices. Her training covered the Japanese electrical engineering and software company’s own software and coding language such as Centum – an integrated production control system, and ADSuit. Both are used for distributed control systems.

Al Kaabi said “Being exposed to the advanced manufacturing methods at Yokogawa Electric Corporation factory taught me the true value of optimization. Additionally, the attention to detail which is a great asset of the Japanese way of work, inspired me to seek greater quality in my investigations and tests.”

Alshehhi focused on photovoltaics (PV) plants design and layout during his internship with Chiyoda. In addition, the visit offered him an opportunity to learn about technologies such as liquefied natural gas (LNG), floating LNG (FLNG), superconductivity, concentrated solar power (CSP), and SPERA Hydrogen – a large-scale hydrogen storage and transportation system.

Alshehhi said, “Through the knowledge I have gained, I will increase my country’s reliance on renewable energy, especially CSP and PV systems, since the country has high Direct Normal Irradiance (DNI). Also, I will contribute to making decisions on the right type of PV systems suitable for the country and estimate the power generation for the next 10-20 years. But individually, I learnt a lot more about punctuality, being independent, need for adequate planning, team-work and communications skills during my visit to Japan.”

Al Raisi, who also interned at Chiyoda, said that the internship offered him a rich experience not only with regards to technologies but even culture. He added that the internship has expanded his knowledge and expertise especially in renewable energy fields, while helping him to stretch the options for pursuing new areas for his PhD.

Abdulrahman said “The most unforgettable day in Japan was the site visit to Kitakyushu Smart Community. This is a ‘Smart City’ project in Japan that targets four major cities with varying populations, geographical and industrial backgrounds to reduce their emissions through a number of policies and technologies. Despite the air pollution and water contamination created by the big industries, they were able to transform the city into a sustainable one. A most notable aspect of this city is ‘demand response,’ which estimates the next day’s power supply and demand.”

“By conducting a short interview before the internship began, my mentors at JGC made sure that the internship content was suitable and would help me in conducting my research at Masdar Institute. Considering my background in oil and gas and the corporation’s activities in this sector in the UAE and the Middle East, there were several topics of interesting discussion. In addition to this, courses in environmental impact assessment and biofuel research were also conducted,” he added.

About the two cultures, he said “What I realized during my time in Japan was that the fundamental teachings of both the Arab and Japanese cultures are quite similar when it comes to dealing with people as we both understand the value of hospitality, generosity and kindness. This forms a very strong foundation for us to work together and exchange knowledge as we felt welcomed, respected and at ease in Japan.”