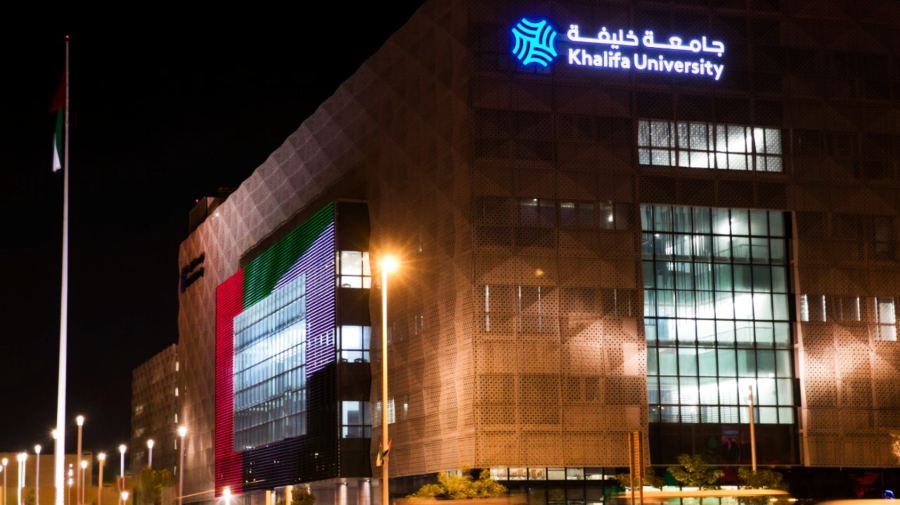 The UAE’s elegant national colors and the flag adorned the Khalifa University campuses as students, faculty and staff joinedthe 47th UAE National Day celebrations that showed how the country has continuing on a path of great progress since its founding in 1971.

This year’s UAE National Day activities followed the theme of ‘This is Zayed. This is the UAE’, coinciding with ‘Year of Zayed’. Reflecting the theme, the evening’s festivities included heritage-led activities, that reflected the Emirati culture, traditional musical performances, local and international cuisine, as well as individual stalls portraying the leaders who played a critical role in the formation of the UAE federation and other historical events.

Welcoming the gathering, Dr. Arif Sultan Al Hammadi, Executive Vice-President, Khalifa University of Science and Technology, said: “UAE National Day commemorates not only the significant efforts of our leaders in creating the federation but also the great strides taken since then by the country in all walks of life. The vision of the past leaders and their wise stewardship have ensured that the country has remained on the progressive path and is at present one of the most modern economies in the world.This National Day’s activities signify our efforts to pay tribute to their valuable contributions and express our sincere gratitude to the current leadership for steering the country in line with the ambitions of the UAE Founding Father, the Late Sheikh Zayed bin Sultan Al Nahyan.”

The student Literature Club led an activity and a special performance followed by a the Q&A Competition that focused on National Day, whichgenerated significant interest among the guests and students.

Among the other interesting activities, the Mars Puzzle Room provided visitors with an in-depth look into various features of the Red Planet.The UAE aims to landits space exploration probe mission on Mars in 2021, to coincide with the 50th anniversary of the founding of the UAE. Organized by the Khalifa University student chapter of the American Institute of Aeronautics and Astronautics (AIAA),the booth’s featured an Escape Room on the theme of the UAE’s Mars Mission 2020. Participants were required to solve a series of short puzzles to escape the room and complete the Mars Mission.

An ‘Astronaut-Diver’ booth showcased the determination of Emiratis who used to dive for pearlsfrom the Arabian Gulf in the past, and future Emiratis astronauts who will travel to space.The Art Booth captured the vivid imagination of various budding artists, illustrating their dreams and signifying their ambitions.

The ‘Sheikh Zayed Board’ portrayed the various characteristics of the Founding Father, and his immense contributions to developing the country into one of the most modern economies in the world. The booth ‘UAE Under the Light’ by the Happiness Club showcased developments sincethe UAE’s establishment and the country’s current progress. The ‘Wisdom From YOU’ booth organized by the Center for Teaching and Learning offered advice under “7 themes for 7 emirates”on how to manage a life-study balance, with thoughts from the late Sheikh Zayed.