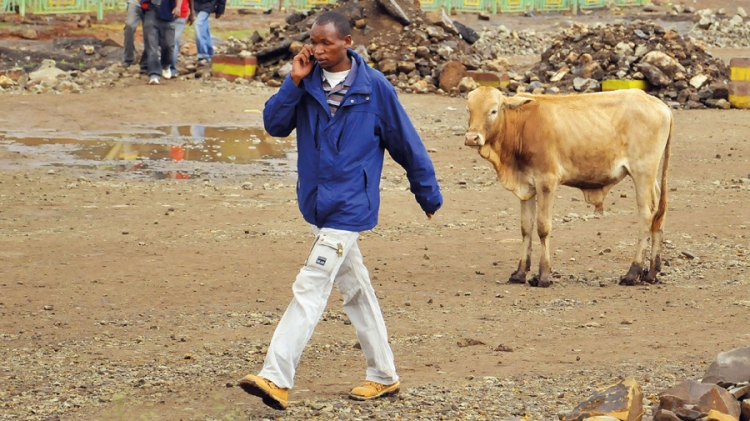 Mobile phones have changed all our lives – but one of the areas where they have had the biggest impact was both unexpected and unintended.

In many developing countries, they have been a boon to small business owners, allowing some of them to run their businesses from bicycles for example.

And there is a direct relationship between phones and a country’s wealth. Economic studies have found that for every 10 per cent increase in mobile phone penetration, gross domestic product rises by 1 per cent.

On its own this is no panacea. But it does earn mobile phones a place in the development equation. Now scientists at the Masdar Institute are working to make the most of these unintended consequences, as part of its effort to contribute to global development.

Programs like the Laboratory for Energy and Poverty Solutions (Leaps) at the Masdar Institute and the Centre for Technology and Economic Development (CTED) at New York University Abu Dhabi look beyond borders and bottom lines in pursuit of creative solutions relevant to a large part of the world’s populations.

For example, a team at Leaps is studying ways of making cooking in rural India cleaner. There, a woman cooking using a traditional biomass fire inhales the equivalent of two to five packs of cigarettes every day from the resulting smoke. It is estimated that biomass smoke contributes to over 1.45 million deaths every year.

The Leaps investigation has not only provided insights into fuel options that are much cleaner than gasified char briquettes and on par with liquid petroleum gas, it has identified options that are viable within the local context.

The Leaps lab is also exploring how small hydro-powered microgrids can address the energy problem of poor remote communities in eastern Malaysia.

Something as simple as developing a mobile phone that charges through a microgrid or solar power can make mobile technology possible for many millions of people without access to grid electricity.

More than 300 million low-end mobile phones are sold each year. But as voice-only "dumbphones", they deny their users the wealth of information on the internet.

This prompted researchers at NYU’s CTED to design and implement an SMS-based search system that gives users short but relevant responses to a wide range of internet searches.

They are currently testing the system on a Kenyan pilot group of 40 people, from slum residents to college students.

Similar efforts to spread the benefits of technology to the world’s poorest nations are going on in many places.

The MIT-led One Laptop Per Child project, for example, has reached millions of children worldwide.

These efforts help, but the needs are so great that we need many more projects to chip away at every level.

If we look at these efforts collectively, sustainability might just be found at the crossroad of intellect and compassion. What we need to do next is to create many more points of intersection.

Dr Ayman Shabra is an assistant professor of microsystems engineering at Masdar Institute of Science and Technology.
http://www.thenational.ae/news/uae-news/technology/how-dumbphones-offer-smart-solutions