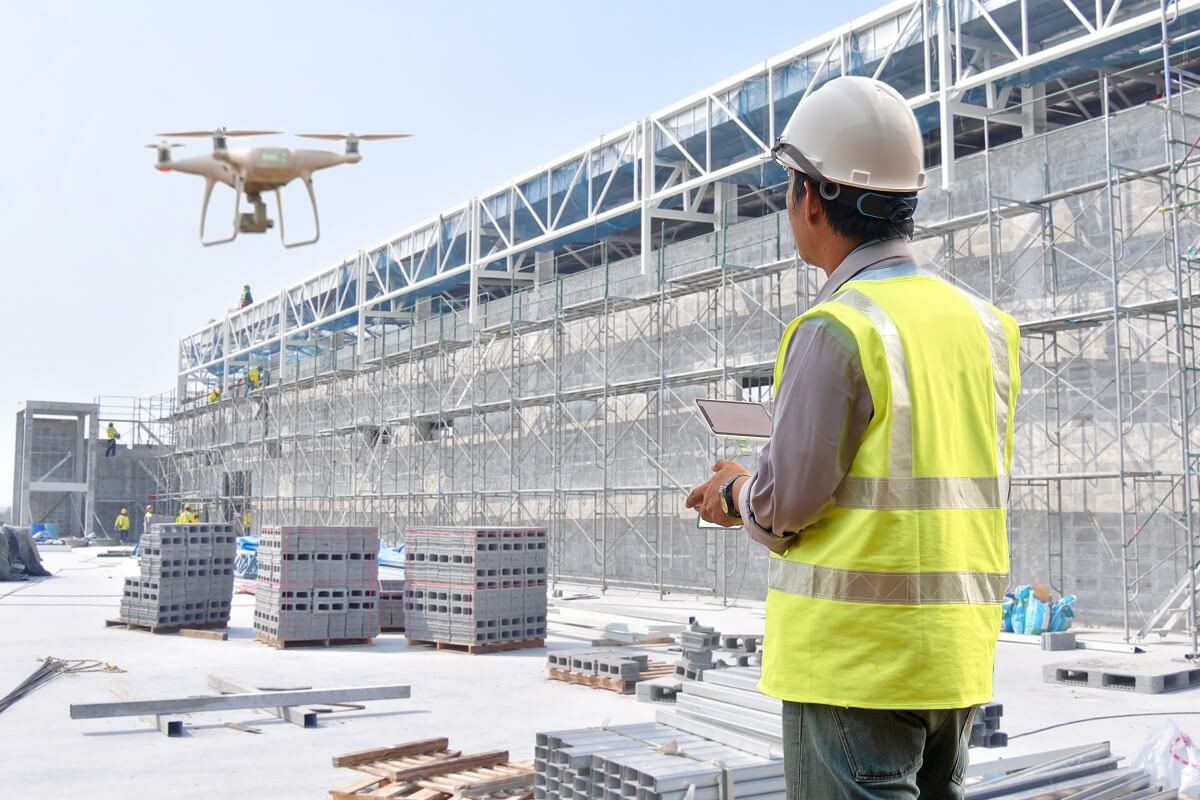 Drones are big business. Countries around the world are pouring investment into this relatively nascent technology, hoping for revolutionary change across industries, particularly in construction.

While dozens of industries use drones, the fastest growing commercial adopters come from the construction industry. This is a major economic sector, plagued with inefficiencies and low productivity; robotics and automated systems have the potential to address these shortcomings. Drone use on the job site has skyrocketed, surging 239 percent, but usage stems mainly from project managers and superintendents bringing drones on board to help track projects and collect real-time data about progress.

There’s more potential here. Drones do more than help keep projects on track. They can also increase safety, save time and resources, fast-track surveying, and deliver accurate measurements. What if they could do the actual constructing too?

The construction industry is evolving rapidly, and with all the innovations and changes to traditional building comes the need for greater efficiency; drones could be the solution if they could work autonomously.

The second challenge of the Mohamed Bin Zayed International Robotics Challenge (MBZIRC) in 2020 will see a team of autonomous aerial and ground robots collaborate to locate, choose, transport, and assemble different objects to build pre-defined structures in an outdoor environment. This challenge is motivated by construction automation and autonomous robot-based 3D printing of large structures.

Robots have already found a spot in manufacturing, dealing with automated and cyclic tasks, and even 3D printed buildings are not new to Dubai. In 2016, Sheikh Mohammed bin Rashid, Vice President and Ruler of Dubai, opened a futuristic office with 3D printed elements. In 2019, the world’s largest 3D-printed two-story building opened in Dubai’s Warsan neighbourhood, its walls having been constructed in place using a massive 3D printer.

But success at this challenge requires more than programming the drone team with a building plan and letting them loose on a site. The teams, comprising unmanned aerial vehicles (UAVs) and a single unmanned ground vehicle (UGV) must locate the brick-shaped objects, determine the type they need from the selection, transport their chosen object to the job site, and then assemble the objects into a pre-defined patterned structure.

The path planning and exploration elements should come fairly naturally to the drones employed in this challenge. Since drones are generally small with high levels of maneuverability, they are being used more and more as an alternative to traditional vehicles. Using drones to transport goods aerially saves money and time, especially since drones do not have to adhere to traffic laws, which allows them to make deliveries in a fraction of the time, using a fraction of the resources. The tricky part comes in programming autonomy.

“Challenge 2 is a good showcase for cooperative robotics for construction,” said the KAIST team.

The drones must find their own way around the arena and identify the required building components one by one. The team drones require breakthroughs in mobile manipulation, perception, mobility over rough terrain, navigation control, multi-robot collaboration and—in the future—human-robot interaction.

A large ask, but as the 25 teams selected for MBZIRC 2020 Challenge 2 hail from some of the world’s top robotics labs, expectations are high for success.

The results of this challenge will go a long way in revolutionizing the construction industry. As construction companies look to robots as having the potential to achieve improvements in construction quality, efficiency, and safety, autonomous building robots could be sent further afield, with space research agencies seeking to build infrastructure without human intervention.