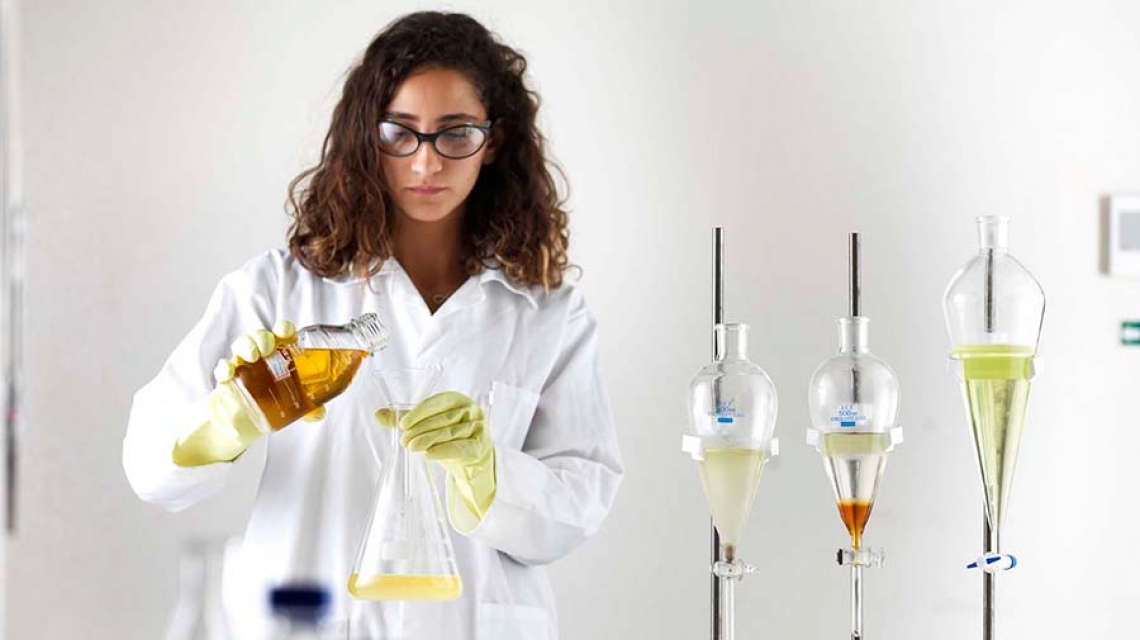 The most novel and relevant research theses prepared by the Masdar Institute Class of 2016 were honored at the Commencement Recognition Dinner, which took place on 24 May, following the graduation ceremony earlier in the day.

“This year’s Best Thesis Award winners reflect the intellectual and scientific achievement of the Masdar Institute Class of 2016. The individual winners have contributed to advancing the cutting edge of science through their work, and the scientific rigor and creativity they have demonstrated through their work makes me confident that they will continue learning to change the world,” said Dr. Youssef Shatilla, Dean of Academic Affairs at Masdar Institute.

Each year the Masdar Institute Academic Affairs Department assesses all graduate theses and selects the best for each program to receive the Best Thesis Award.

Zaid Almahmoud received the Best Thesis Award for Computing and Information Science for his thesis titled “Algorithms for Optimizing Power Consumption in the Smart Grid”. His research examined how to minimize peak electricity demand in a smart grid by developing a self-teaching program for electric appliances to schedule their use in a more balanced manner. He developed a system that is able to deal with many of the challenges caused by the complex and dynamic power and pricing variables seen in smart grids in a way that is better than existing methods. Smart grids are an essential part of the renewable energy-powered future envisioned by the UAE leadership, which has set a goal of renewable energy accounting for 24% of the country’s energy mix by 2030.

Almahmoud also received one of the 20 UAE Graduate Student Research Conference 2016 (GSRC) awards for a related paper, which he co-authored with Dr. Khaled Elbassioni, Associate Professor of Computing and Information Science.

Explaining the scope of his work, Almahmoud said: “Our research proposes methods for optimizing power consumption in the smart grid, which would help achieve the UAE’s goal of developing smart techniques to support a sustainable energy system.” Smart grids leverage advanced systems and technologies, like digital communications, to accommodate a mix of renewable and conventional energy sources.

The Best Thesis Award for Chemical Engineering was awarded to Nawshad Akhtar, for her thesis titled Thesis Title: “A Parametric Study of Polybenzimidazole (PBI) Membrane Fabrication Process for Forward Osmosis Seawater Desalination in the UAE”. Her thesis explored the development of a desalination membrane that utilizes the unique chemical and thermal strength of the material polybenzimidazole (PBI), with the chemical phenomenon known as phase-inversion, whereby removal of the solvent from a liquid-polymer solution produces a porous and solid membrane. The project aimed to optimize the components and methodology for membrane fabrication, and evaluate its performance with respect to water flux and salt rejection. In this way, Akhtar’s research aims to improve the performance of forward osmosis desalination, which is a technology that has the potential to produce freshwater from seawater in a more energy-efficient way.

Edward Baleke Sselima received the Best Thesis Award for Electrical Power Engineering for his thesis titled “Power Dispatch Strategies for Enhanced Grid Integration of Hybrid Wind-PV Power Plants”. In his research, he explored novel strategies for optimal dispatch of hybrid wind-photovoltaic (PV) power plants were examined and presented. Pairing these wind and solar energy capture systems in a single plant is believed to have the potential to address the issues of energy intermittency, which is a major challenge in renewable energy deployment. He developed novel strategies based on resource availability forecasting to guarantee the ideal supply of wind and solar power. Sselima’s research found that renewable based power plants could provide the same reliability and security of conventional power plants at lower cost.  This research supports the UAE’s goal of achieving 24% renewable energy in the country’s energy mix by 2030.

Maryam AlMazrouei won the Best Thesis Award for Engineering Systems and Management, for her thesis titled “CO2-Enhacned Oil Recovery System Optimization with System Dynamics Material Balance Characterization of Injection.” Her thesis aims to enhance the commercialization of carbon capture, utilization and storage (CCUS) technologies, which is a technological system that is expected to play a central role in the fight against global climate change. In her thesis Almazrouei presented a system to improve the use of captured carbon for enhanced oil recovery, including optimizing the infrastructure network and another model that analyzes the relationship between carbon dioxide injection, hydrocarbon output, and accumulating carbon dioxide. This area of research is of great relevance to the UAE, as the Abu Dhabi government has set an emirate target of reaching 70% ultimate recovery from its oil fields in the future. The Abu Dhabi National Oil Company (ADNOC) has also set a goal of capturing and injecting 800,000 tons of carbon dioxide in its fields per year.

The Best Thesis Award for Materials Science and Engineering was won by Abulimti Aili for his thesis titled “Condensation on Micro- and Nano-structured Superhydrophobic Surfaces”. His thesis research studied the impact of the structure and wetting properties of a range of surfaces on the formation of the water droplets of condensation. Aili found that micropores and water-repelling surfaces can accelerate droplet formation, growth and removal, which promises great potential in enhancing condensation heat transfer performance. He also discovered and analyzed the internal flow and self-removal of droplets on 3-dimensional porous surfaces. These findings provide new knowledge of designing novel micro/nanostructured superhydrophobic surfaces for various energy and water applications.

The Best Thesis Award for Mechanical Engineering was received by Tala El Samad for her thesis titled “Transesterification of Waste Cooking Oil: Intensified Sonication and Byproduct Deployment”. El Samad’s thesis focused on enhancing the process by which waste cooking oil is transformed into biodiesel. She used ultrasound energy to speed up the chemical reactions necessary to treat and separate waste cooking oil. The goal of this research is to make this technology more affordable by reducing processing time and cost. To fully test the project’s hypothesis and community-sized pilot was set up, where waste cooking oil was gathered for processing into biofuel. This project supports the UAE’s goal of reduced municipal waste and carbon emissions by turning a waste product into a fuel product that can replace carbon-intensive diesel fuel.

El Samad also received one of the GSRC 2016 awards for another paper based on her thesis research, which she co-authored with Master’s student Mohammed Hussain and Dr. Isam Janajreh, Associate Professor of Mechanical and Materials Engineering.

Hossam Shoman was the winner of the Best Thesis Award for Microsystems Engineering, for his thesis titled “Low Power Frequency Tuning of Optical Filter Banks”.  His project, sponsored by Mubadala Technology, focused on designing, simulating and testing a new device that enables the configuration of communication channels in optical integrated circuits using ultra low power. This device is part of a large system that integrates the optical signals from several channels, thus increasing the communication bandwidth. The device is based on a microelectromechanical cantilever that controls light waves traveling in optical chips. As part of Shoman’s research he modelled and designed several micro-scale structures, which were sent for fabrication at a commercial semiconductor foundry. The fabricated chips were then successfully measured at the Masdar Institute, showing lower power consumption when compared to existing technology. This area of research supports the UAE’s interest in semiconductors.

The Best Thesis Award for Sustainable Critical Infrastructure was given to Victoria Hernandez Streiedinger for her thesis titled “Assessing and Planning for Walkability Using Mixed Methods Approach: Abu Dhabi Case Study”. In Streiedinger’s thesis she investigated the walking habits of Abu Dhabi residents, examining how different factors, like climate and infrastructure, impact the behavior and choices of pedestrians in two urban neighborhoods. The results indicated high connectivity to a number of services, like mosques and bus stops, with the majority of respondents stating that they walk for transportation and entertainment. The information gathered in this study can help lead to the development of policies, design strategies and systems to support a more sustainable, healthy and pedestrian friendly environment in the UAE’s urban centers.