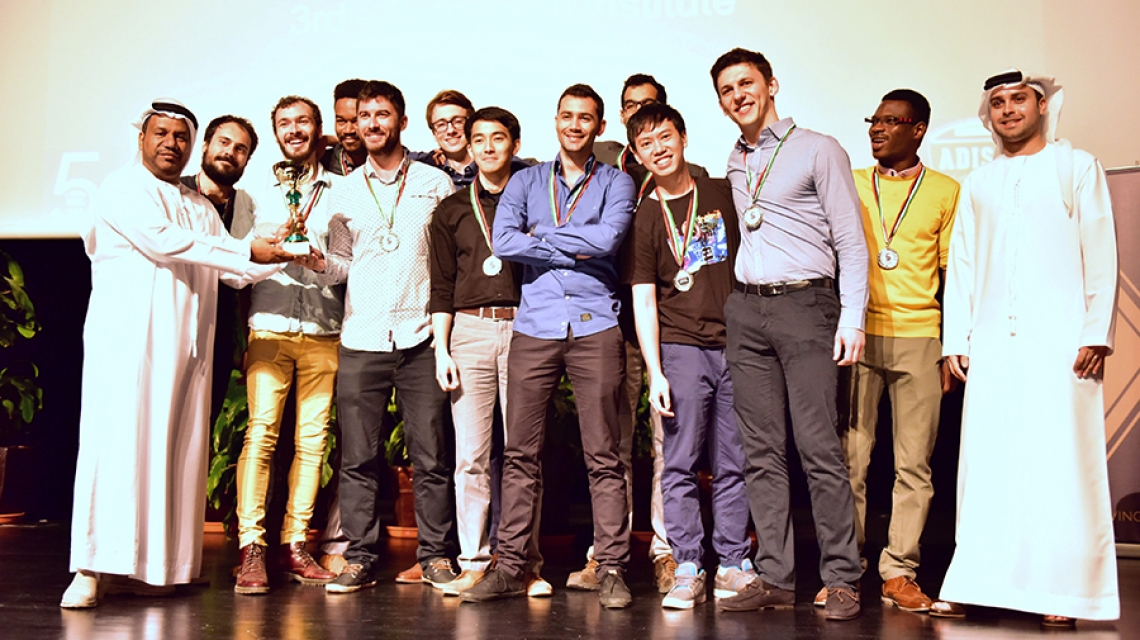 The Institute entered seven teams in this year’s league, with the basketball and male badminton teams finishing as runners-up in their respective competitions in addition to the cricket team’s win. Significantly, the Institute also entered its first team in the women’s competition with a team consisting of five female students representing the Institute in the female badminton league.

Dr. Abdullah Al Hefeiti, Acting Dean of Students and Dean of the Library said: “We are very proud of our student’s sporting achievements in the league. The number of students participating in the league year-on-year has increased and we are very pleased to have had our first female team representing the Institute in badminton this year. We hope that this encourages additional participation by both our female and male students in next year’s league.”

The Masdar Institute cricket team managed to retain their title from the 2015 season following a thrilling final against the Petroleum Institute at the Emirates Palace in March of this year, recording only one loss on their path to victory over the five games played as part of the league.

Farsad Chowdhury, Masdar Institute student and captain of the cricket team said: “We are delighted to have retained the ADISL cricket title. Our team started the league with a loss in our first match but displayed resilience and dedication, showing up for early morning training and giving it our all on the pitch to win our remaining four matches and clinch the trophy.”

In the second half of the season, the Institute’s teams were benefitted by the addition of Jamal Al Shaikh – a Sports Specialist – to the staff at Masdar Institute. Al Shaikh provided managerial support to all captains and teams for this part of the season, as well as organizing the logistics and administration of the teams and offering sporting advice and tips during training sessions.

Al Shaikh said: “The students have made a huge commitment to training and have shown great teamwork during their matches. Participating in sporting activities provides students with the platform to lead a healthy lifestyle and keep in a good mental and physical state. And these are the guiding principles we use in supporting and enriching our students’ campus life beyond the educational demands.”

Since its establishment in 2012, the Abu Dhabi Inter-University Sports League has been providing a platform for students from universities and institutes all over the emirate to participate in competitive leagues including basketball, football, table tennis, badminton, cricket and volleyball.