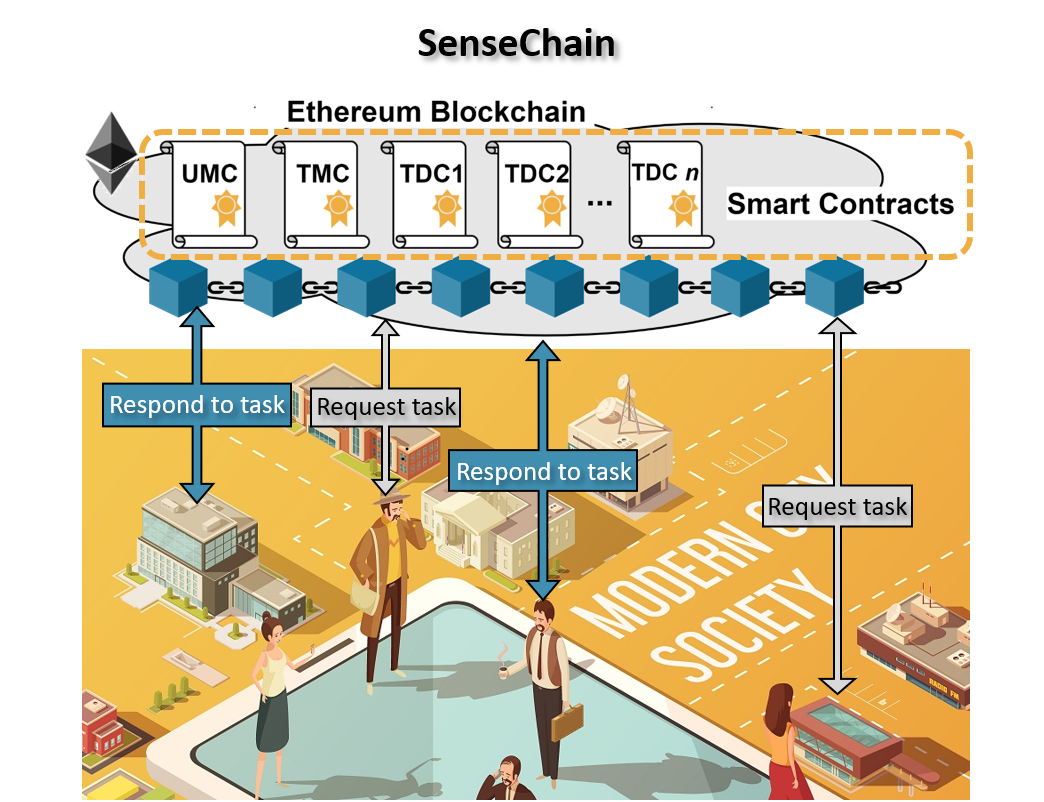 Mobile applications like Uber require a ‘crowdsourcing’ framework to pair people who need rides with available drivers, and collect a host of valuable data to evaluate users and update their reputations in the system, and to facilitate payment sharing among these users.
Crowdsensing is a type of crowdsourcing – a model that distributes work across a ‘crowd,’ or group of people, for a common goal – that involves using the crowd to collect and share sensing data i.e. temperature, using the rich sensing capabilities of the crowds’ mobile phones or smart devices.
“Crowdsourcing frameworks, such as Uber and Amazon Mechanical Turk (or MTurk, a crowdsourcing marketplace that allows independent workers to bid for small tasks), collect data from workers’ devices to fulfill tasks. The objective of the crowdsourcing framework is to facilitate completing tasks with the best possible quality while motivating users to frequently engage with the platform,” Maha Kadadha explained. Kadadha is a PhD student in Electrical Engineering and Computer Science from Khalifa University who is developing a decentralized crowdsensing framework with blockchain technology, called SenseChain, to make crowdsensing apps like Uber resilient against ‘misbehaving’ users and platforms.
“Typically, a trusted centralized platform governs the crowdsensing activity and manages multiple requesters (that is, the people seeking rides in Uber or distributing jobs in MTurk), with multiple workers (which would be the Uber drivers and the people bidding for jobs in MTurk),” explained Kadadha. “The centralized platform holds users’ information, collects tasks, selects workers, evaluates their submissions, and shares their payments.”
However, there are important limitations to the security of these centralized platforms. Security can be compromised by passive or active misbehavior, with passive misbehavior involving an attempt from an external entity to collect unauthorized information without affecting the execution of the platform, and active misbehavior involving intentional attempts to harm other members in the framework.
Active misbehavior may manifest as workers compromising the quality of completed tasks by intentionally submitting incorrect data and biasing the evaluation, or committing to a task but never completing it. In MTurk, for example, a worker could submit multiple solutions to the same task using different identities to bias the correctness of his solution and increase his payments. Misbehaving requesters can also engage in malicious activities, but usually face far fewer penalization consequences enforced by the platform. These requesters can issue redundant tasks to occupy workers’ time and reduce availability for other requesters, and they could also cancel their tasks after a worker has completed it to avoid paying them.
The platform itself could also misbehave. Platforms can favor some workers over others, alter information to reduce reputations, and impact payments by altering submitted solutions and their evaluations. This is because the execution process of a centralized platform is hidden from users.
To overcome these misbehaving problems, Kadadha proposed using a decentralized crowdsensing framework. Distributed frameworks have been previously proposed for data analysis, task selection, and sensing group formation.
“While distributed frameworks, which share the framework across the crowd, have performed well, the trust issue remains unsolved as the frameworks are assumed to be trusted, which is not always the case.”
To provide reliability and trust, Kadadha and her team developed SenseChain, a blockchain-based decentralized crowdsensing framework to overcome the need for a trusted centralized platform by using Ethereum – an open source, public, blockchain-based distributed computing platform and operating system that uses smart contracts – as its underlying infrastructure. SenseChain brings together requesters and workers in a collaborative sensing platform that does not require pre-established trust between parties.
The framework runs the centralized functions in a decentralized manner, while the blockchain—a distributed immutable ledge of transactions organized as blocks and maintained by the users—allows for traceability, accountability, and date transparency. Privacy and user security are also maintained as users use their own generated public and private keys, from which their Ethereum addresses are derived.
SenseChain uses smart contracts to replace the centralized platform for registering users and maintaining their information reliably, collecting and publishing tasks, selecting workers in an unbiased manner, and transparently evaluating solutions and sharing proportional payments with workers.
“In SenseChain, users create their own accounts and Ethereum addresses without relying on a trusted third party to maintain them,” said Kadadha. “Then, their Ethereum addresses are used to interact with other members in the framework. The addresses, types and reputations are maintained and updated by one smart contract for reliability. Requesters create tasks by adding them to another smart contract which is then responsible for collecting reservations from workers, determining their Quality of Information (QoI) to accept their reservations, and evaluating solutions to calculate accepted workers’ payments. This evaluation is executed by miners, making it immune to manipulation from both the requesters and the platform. The consensus of miners ensures the trust in the outcome of the evaluation.
“Security is inherent in SenseChain from the underlying Ethereum blockchain and its deployed mechanisms. Centralized crowdsensing frameworks typically suffer from identity privacy issues, problems with trusted execution, and a lack of dual feedback. In SenseChain, the reputations of both the requesters and the workers are provided to implement a dual feedback mechanism so both have prior knowledge of each other’s reliability before committing to a task or accepting a worker. Additionally, the use of Ethereum addresses means users’ identities are protected and can be neither exploited nor exposed, and smart contracts handle the execution of each task’s evaluation, preventing any bias.”
To measure this framework’s feasibility, the team looked at the cost of deploying it, where cost is measured in two ways: the cost of each functionality, and the cost endured by each user.
“When comparing SenseChain to a centralized system, we noted that its performance is similar in terms of the quality of selected workers, distance travelled, task completion duration, and submitted solution quality,” said Kadadha. “In addition, the low deployment cost of the framework affirms the viability of blockchain-based crowdsensing frameworks.”
Jade Sterling
News and Features Writer
4 May 2020