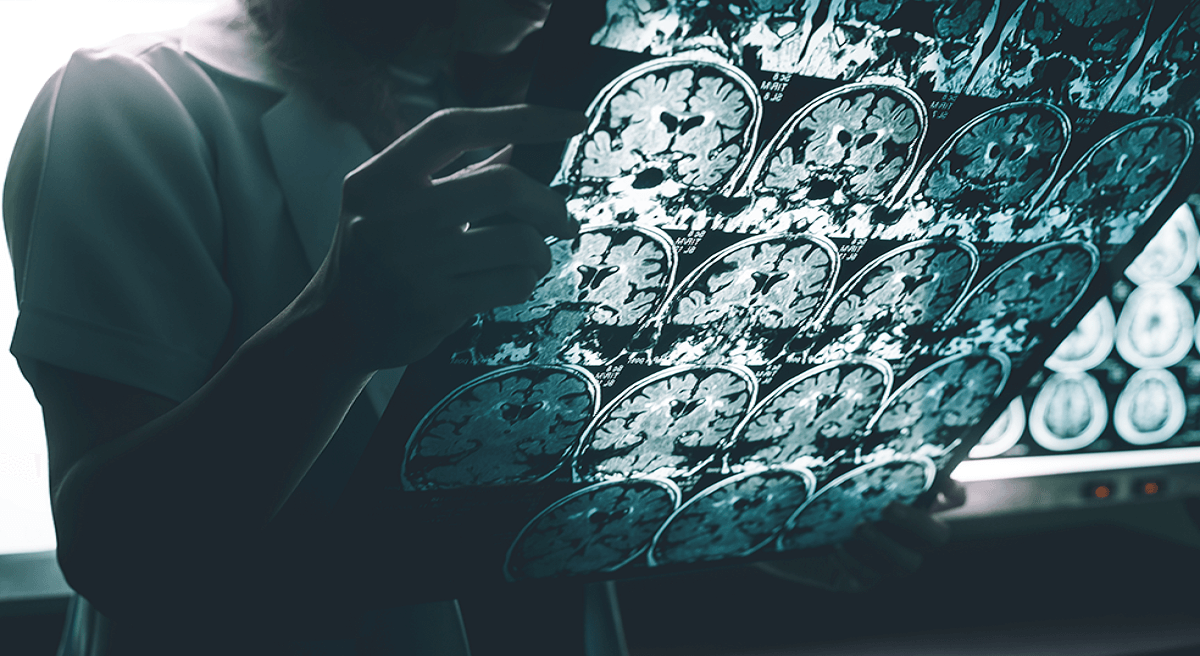 Using Machines to Learn the Causes of Alzheimer’s

Age-associated cognitive decline­—or normal (non-pathological) cognitive aging­—is an important human experience which differs in extent between individuals. While some mental capabilities are maintained into old age, from early adulthood some declines in processing speed, reasoning, memory and executive functions can be expected; some of these are underpinned by a decline in general cognitive function.

Cognitive impairment is becoming a major health and social issue across nations as the global population ages. An article in the December 2009 British Medical Bulletin named cognitive decline as the most feared aspect of growing old—and also the costliest, in terms of the financial, personal and societal burdens it brings. In the United Kingdom, cognitive failure is the cause for 40 percent of elderly admissions to institutional care.

“Alzheimer’s Disease is the most common form of dementia (a general term for memory loss and other cognitive issues serious enough to interfere with daily life) and while there is no specific cure for the disease, current treatment methods can help slow the progression of its symptoms. People in the final stages are bed-bound and require around-the-clock care, and the disease is ultimately fatal,” explained Dr. Hasan Al Marzouqi, Assistant Professor in the Department of Electrical and Computer Engineering. Memory loss, poor concentration and depression are common early signs and symptoms of dementia, which can be frightening and very isolating for those experiencing them.

Alzheimer’s is a progressive disease, where dementia symptoms gradually worsen over a number of years; in the early stages, memory loss is mild, but later, individuals lose the ability to converse or respond to their environment. On average, a person with Alzheimer’s lives four to eight years after diagnosis, but can live as long as 20 years, depending on other factors.

There are an estimated 46.8 million people worldwide living with dementia and this number has been predicted to double every 20 years, reaching 74.7 million in 2030 and 131.5 million in 2050. In the UAE, Alzheimer’s Disease currently affects around 4,300 residents, but there are fears that nearly 30,000 could be suffering from it by 2030.

“Early identification of Alzheimer’s Disease is essential since delayed treatment reduces treatment efficacy,” said Dr. Al Marzouqi. “Furthermore, discovering prognostic biomarkers that may identify future AD patients accelerates the testing of preventive measures and treatments. For example, there is a strong relationship between Alzheimer’s and metabolic diseases like diabetes and cardiovascular conditions. Diabetes already affects about 20 percent of the UAE’s adult population between 20 and 79 years of age, while cardiovascular diseases are the leading causes of mortality in the nation.”

The most common early symptom of Alzheimer’s is difficulty remembering newly learned information. As it advances through the brain, increasingly severe symptoms appear, including disorientation, mood and behavior changes, deepening confusion, unfounded suspicions, and difficulty speaking, swallowing and walking. These symptoms can be devastating.

Current diagnosis relies on documenting mental decline, at which point, Alzheimer’s has already caused severe damage. During the preclinical stage, people seem to be symptom-free, but abnormal deposits of proteins are forming amyloid plaques and tau tangles throughout the brain, leading to lost connections between neurons, starting in the hippocampus. As more neurons die, additional parts of the brain are affected, and they begin to shrink. By the final stages, when symptoms are obvious, the damage is widespread and brain tissue has shrunk significantly. At the forefront of biomedical research is identifying ways to diagnose Alzheimer’s before irreversible brain damage or mental decline has occurred. Biomarkers offer one of the most promising paths, including beta-amyloid and tau levels in cerebrospinal fluid and brain changes detectable by imaging.

The brain undergoes pronounced structural changes in old age, including a steady decrease in brain size. Brain atrophy accelerates in old age; however, studies suggest associations between normal structural brain differences and cognitive ability tend to be modest. It is important to note that Alzheimer’s Disease is not a normal part of aging.

The accurate diagnosis of Alzheimer’s Disease plays a significant role in patient care, especially in the early stages, because recognition of the severity and progression risks allows people to take prevention measures before the brain damage becomes irreversible.

Dr. Al Marzouqi’s research is investigating recently proposed methods based on deep learning network architectures. A study published in Radiology by Dr. Jao Ho Sohn, University of California in San Francisco, combined neuroimaging with machine learning to try to predict whether or not a patient would develop Alzheimer’s Disease when they first presented with a memory impairment. PET scans measured the levels of glucose in the brain as glucose is the primary source of fuel for brain cells­—the more active a cell, the more glucose it uses. As brain cells become diseased and die, they use less, and eventually, no glucose. However, because Alzheimer’s Disease is a slow progressive disorder, the changes in glucose levels are very subtle and difficult to spot.

However, PET scans are not broadly available to most patients and are mainly limited to research studies and clinical trials. They’re a powerful tool, but expensive and require specialist facilities and expertise. Dr. Al Marzouqi is working on applying deep learning techniques similar to those in Dr. Sohn’s study to MRI scans instead, looking at brain texture markers rather than glucose levels or other biomarkers.

“MRI hippocampal texture properties were recently found to be correlated with cognitive impairments and conversions from mild dementia to Alzheimer’s Disease,” explained Dr. Al Marzouqi. “Our research is developing new texture markers based on state-of-the-art methods in texture classification and characterization. This approach will utilize 3D directional transforms such as Gabor wavelets, curvelets, and contourlets to develop quantized measures of textural properties in brain scans for use in the early diagnosis and assessment of neurological diseases.

“It is likely that an MRI marker based on texture will be able to detect earlier stages of Alzheimer’s Disease than markers that target larger scale changes in the brain, such as atrophy. Textural features can work as a complementary MRI biomarker.

“Deep learning techniques are state-of-the-art in numerous machine learning tasks. They achieved remarkable results across many fields including medical image analysis. Most notably, these models achieved performance levels at the level of expert dermatologists and radiologists in the task of melanoma and pneumonia detection.”

Deep learning algorithms show huge potential in identifying the early causes of concern for dementia patients and Dr. Al Marzouqi’s research adds to a body of work that is recruiting computers to help predict neurodegenerative diseases before major symptoms occur and become irreversible.