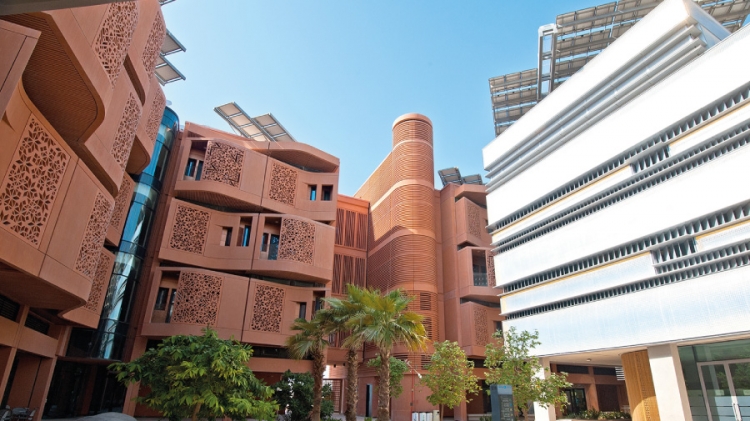 The upcoming graduation of the Masdar Institute of Science and Technology’s first batch of students will be an important occasion not only for our young institution, but for the UAE as a whole.

The institute was set up to address Abu Dhabi’s dual aims of becoming a knowledge economy and a developer of technologies, policies and systems for energy markets of the future. Today we believe we are on track to meet both these goals.

Since classes began in 2009 the institute has focused on the search for solutions to Abu Dhabi’s identified needs and obstacles.

Some obstacles are based on geography. Water in the UAE is scarce and has only become more so as the country has developed – so the Masdar Institute is addressing every aspect of the water challenge, from recharge of depleted aquifers to developing new desalination technologies.

Solar power is key to meeting Abu Dhabi’s target of getting seven per cent of its energy from renewable sources. But working towards that goal has proven more difficult than expected.

As a result, not only is the Masdar Institute trying to improve its solar resource maps, with remote sensing and modelling that takes environmental factors into account, we are also working on solar technologies such as mirror and panel coatings that mitigate the impact of dust on the capture of solar energy.

But whether power comes from large solar plants in the desert or small photovoltaic arrays on city rooftops, Abu Dhabi’s electric grid will have to get smarter – and so a research team is investigating the challenges of handling distributed, intermittent energy supplies, with test systems up and running in Masdar City.

Abu Dhabi’s attempts to make the best use of its desert and coastline have often been frustrated by its limited rainfall and salty soils.

Masdar Institute, with the support of the government and several corporate partners, is working on an integrated seawater agriculture system that combines aquaculture production of fish and shrimp with cultivation of the salt-tolerant plant salicornia and mangroves.

The fish and shrimp can be sold locally, while the salicornia can be harvested for an oil seed that is further processed into biofuels. The salicornia and mangroves only require sea water for irrigation and provide further benefits by acting as a natural treatment system for the wastewater from the aquaculture ponds, as well as increasing biodiversity and greening the coastline.

As the urban population of Abu Dhabi grows, it generates an enormous and increasing amount of solid and liquid waste each day.

This waste does not need to be discarded, however. It can be used as a raw material, or recycled, or even used as fuel. Projects to do all of these are under way at Masdar Institute. We are trying to make less waste, too, using nanotechnology to make cellulose-based polymers for in biodegradable food packaging.

With Abu Dhabi looking to aerospace and semiconductors to drive its growth, it needs local capacity for research and innovation.

Masdar Institute is building laboratory infrastructure and expertise in these domains. It has a group developing advanced materials for lighter, safer and more sustainable aircraft, and another investigating better ways to design and make microchips.

With all this going on, we need to be clear about our priorities. To that end, Masdar Institute is engaged with local government agencies that are laying down the policy framework that focuses on sustainability.

Projects include physical and economic modelling to investigate the future impact of energy and environmental policy, studies on innovation dynamics and the generation of new clean-tech businesses, climate change policy and its impact on the local economy, as well as comparative studies of renewable energy policies around the world.

Masdar Institute, like Abu Dhabi itself, has some lofty goals, but it has behind it committed leadership, bright minds, and dedicated individuals. As we finalise our commencement preparations, we look forward to another productive and ground-breaking year ahead.

Dr. Marwan Khraisheh is the dean of engineering at the Masdar Institute; Dr Scott Kennedy is the associate dean of research; Dr Youssef Shatilla is associate dean for academic affairs and professor of practice; Dr. Steven Griffiths is executive director of the Masdar office of institute initiatives
http://www.thenational.ae/news/uae-news/masdar-graduation-a-milestone