UAE should exploit its major advantages in ecosystems 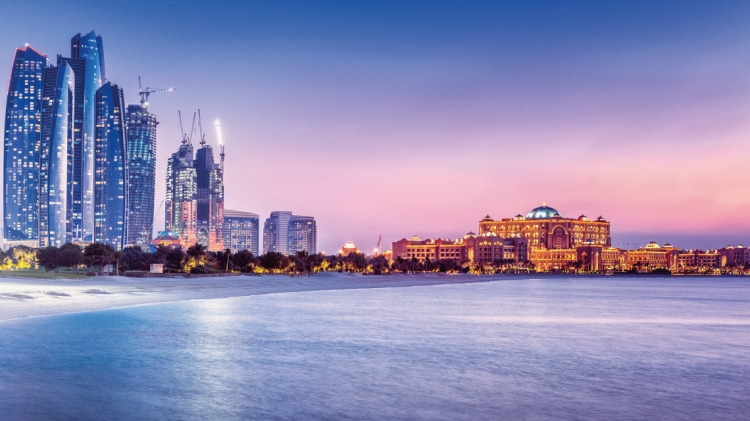 Three complex engines propel the world toward a knowledge-based economy, in which skills and technology are the raw materials for competitive success.
Two of these – education and technological innovation – rightfully receive close attention and immense resources.
But a third, which we might call ecosystem innovation, is largely ignored. What is this other engine of long-term prosperity, and why does it matter?
An economic ecosystem is the web of resources and rules that helps an invention – the “eureka!” moment – become a useful product, service or process.
It includes human capital, entrepreneurs, technology managers and trained technicians; technology, such as patents, research and production know-how; institutions, such as universities, suppliers, investors and regulators; and, importantly, all the rules that affect the new invention, from laws and regulations to industry standards and customer specifications.
Consider the car. Adapting the car to society, creating an “invention-society interface”, required a host of ecosystem innovations – the production assembly line, highways, petrol stations, car parks, insurance, drivers’ education, and vehicle safety inspections. New laws and regulations had to be created and enforced.
Without these, the car might never have emerged as man’s next-best friend. Tons of steel and glass, often piloted by teenagers and the infirm, hurtling along at speeds above 120km/h and fuelled by toxic, carcinogenic, global-warming hydrocarbons? Nowadays such an invention wouldn’t be allowed out of the garage.
And that’s the point. Today the interconnected rules and institutions of a modern economy need a thorough re-examination if we wish to accelerate innovation.
All too often rules designed to achieve other goals, even to support past inventions, have the unintended consequence of stifling innovation.
For example, agricultural innovation, particularly in small companies, has been all but halted worldwide by European laws banning crops developed with modern biotechnology.
Financial rules meant to protect investors in large public companies also make it harder for small technology companies to raise funds.
And patent systems created to promote innovation have allowed the emergence of patent “trolls” who make life difficult for technology start-ups.
Meanwhile companies in relatively unregulated industries with strong institutional support, such as web-based services or national security, can innovate at breathtaking rates.
In other industries, countries will need to spend the next decade overhauling their ecosystems to support innovation. Every law, regulation, tax, policy, standard and guideline, every new patent issued, every proposed schedule for government action, must answer the question: “Does this accelerate innovation?”
Countries that do this quickly will win enduring competitive advantages that laggards may never overcome.
At the start of this new global race, the UAE has four formidable advantages. First, it is amazingly receptive to change.
In less than 42 years it has created a modern nation from desert sands, with a bewildering array of new facilities, institutions and faces.
Second, it has a strong executive arm of the government compared with countries where a different balance of the executive, legislative and judicial branches give the executive less room for manoeuvre.
During the last five years in the US, for example, economic policy has been paralysed by discord between the President and Congress.
The UAE, by contrast, gives its executive branch strong economic policy authority – a tremendous advantage in making the necessary changes to its ecosystem.
Third, the UAE is small, and its institutions are young. Lacking the inertia of size and the inflexibility of age, it can move quickly to experiment with changes to its ecosystem.
And last but not least, as the corporate strategist Robert Ayan has pointed out, the UAE doesn’t need to raise taxes to pay for important changes such as new types of venture capital funds. The UAE’s sovereign wealth funds already have these resources on hand.
Global co-ordination of ecosystem rules and institutions is often desirable, but substantial differences in national ecosystems already exist.
Increasingly such differences will determine a country’s rate of technological innovation and future economic success.
The UAE should therefore seize the initiative and proceed boldly to exploit its competitive advantages in the emerging global arena of ecosystem innovation.
Dr. Bruce Ferguson is professor of practice in engineering systems and management at the Masdar Institute of Science and Technology.
Don't Miss It