UAE’s future is not bound by examples of history 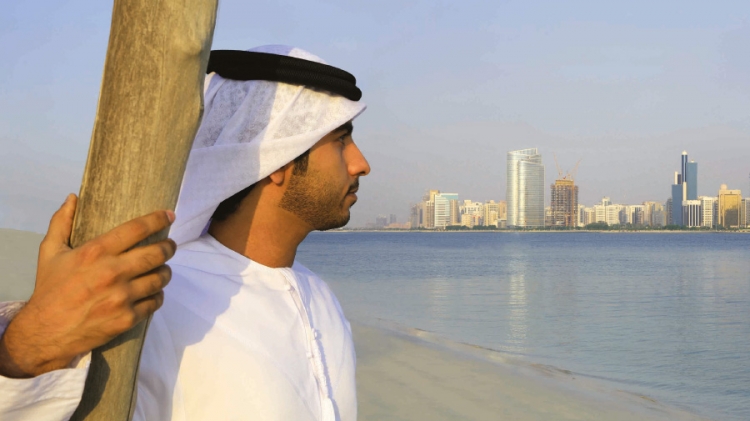 The UAE not only defies expectations – a small country with big successes – it defies convention. History has no precedent for the sort of growth curve the UAE has enjoyed since its founding nearly 40 years ago.

The UAE is unique in what it is, what it has and what it aspires to be. And because of that, there is a need for a distinct approach to its development goals.

The first thing we must do is step away from the perception of the UAE as a traditional developing economy. The UAE is unique in that while it does have areas that need to be developed, it does not have scarcity of capital or an abundance of people – two features that are the hallmark of most developing nations.

Developing countries have a need to use their limited wealth and resources as efficiently and effectively as possible to provide jobs for as many citizens as they can, which typically comes about through industrialisation; specifically labour-intensive activities.

This has been the recipe for success for many countries, such as China and India, where labour-intensive activities provide employment and goods to fuel economic growth.

The UAE is an anomaly to this situation, however. While indeed, it does have crucial development targets like other developing countries, it is not resource poor and labour rich. Rather, it faces an opposite situation, where the country has a small indigenous population but a large wealth.

Therefore, the challenge is how to use the limited manpower to make the most of the country’s wealth – to not only spend it efficiently but actually grow it further and diversify the source of capital development.

This model requires a new type of investment in human capital as well as new types of employment for the UAE’s indigenous labour force. Building factories and producing goods will not be sufficient as a lone economic engine for the UAE because the domestic market is small and so many raw materials as well as manpower would have to be imported, and finished goods exported.

In response to the UAE’s unique strengths and needs, the Government has identified a critical evolutionary step for the country – to take the UAE’s current economy towards a knowledge-intensive economy with special emphasis on green technologies, as targeted in a number of government initiatives such as the Abu Dhabi Vision 2030, the Abu Dhabi Higher Education Strategic Plan and the forthcoming Abu Dhabi Environmental Plan for 2030.

These measures show that the diversification of the economy has been focused toward advanced technologies, which provide markets that are capital-intensive and require well educated, professional people who are prepared for the challenges that research and development (R&D) and entrepreneurship bring.

It also requires the establishment of mechanisms that encourage translation of that R&D into the marketplace via venture capital and start-up company formation.

Thus, higher education has been identified as the linchpin to the country’s development, enabling the UAE’s critical evolution from a developing country to a developed country with sustainable long-term growth and increasing importance and recognition.

But not all higher education is created equal and not all new technology is of the same value. The UAE must target its education focus on sectors that have the greatest potential value to its citizens for employment, to its economy for exports of knowledge capital and knowledge-based goods rather than just commodities, and to its security and prominence in the global arena.

That is why it is necessary that the UAE continue to evolve and expand its higher education in the fields of science and technology, and related R&D.

We live in an age with technology at the core of everyday life. And beyond that, there’s an ever-present market demand for better, smarter and more efficient gadgets and technologies. Mankind today is also facing one of the greatest challenges ever – global climate change.

The need to make our modern lives more sustainable for the planet presents a massive opportunity for science and technology to step up and create solutions to critical issues.

The market for those critical solutions is already sizeable and expected to grow, with HSBC Global estimating wider global climate change-related industries to be worth more than US$530 billion (Dh1.94 trillion) and likely to exceed $2 trillion by 2020. It should come as no surprise then that the Organisation for Economic Co-operation and Development estimated in 2004 that increasing public R&D pushed up multifactor productivity – a measure of the extent to which an economy can derive GDP growth from a certain level of labour and capital – by 0.17 per cent.

This is above the 0.13 per cent increase that business R&D recorded from the same investment increase.

Some limited studies have shown that even corporate research investment, which is usually purely focused on seeking benefit for an individual company, is estimated to have substantial return to the public.

Thus the potential benefit of increasing R&D investment by the Government and the private sector in the UAE is hugely significant and obvious.

The creation of the Masdar Initiative and Masdar Institute show that the Abu Dhabi government is well aware of the critical impact of R&D.

But no one university, even one as enriched and ambitious as Masdar Institute, will be able to achieve the UAE’s knowledge economy goals on its own. The entire academic sector needs to readjust and redirect itself for this massive task.

This unprecedented strategy – to jump from being a resource-based economy to knowledge-based economy without undergoing a major industrialisation phase – requires time, resources, co-operation, commitment and innovation to achieve results.

Academia must work together with industry to commercialise the outcomes of R&D, while industry must be fostered and incentivised by government, and government must fund necessary research and development in both sectors.

And beyond that, it requires us – all of us who call the UAE home – to cherish and respect the ideals of education, excellence and innovation.

Because when we value those ideals, we will give our all in pursuit of them, and inspire our children to do the same. They will be the future scientists, entrepreneurs and thought-leaders that advance the UAE into the next phase of growth. They are our future.

Dr. Fred Moavenzadeh is president of the Masdar Institute of Science and Technology.
http://www.thenational.ae/thenationalconversation/comment/uaes-future-is-not-bound-by-examples-of-history

Why not a phone app for sustainability?

Inspiring and guiding the UAE's young women into science and engineering