UAE at the Forefront of Cloud-Seeding 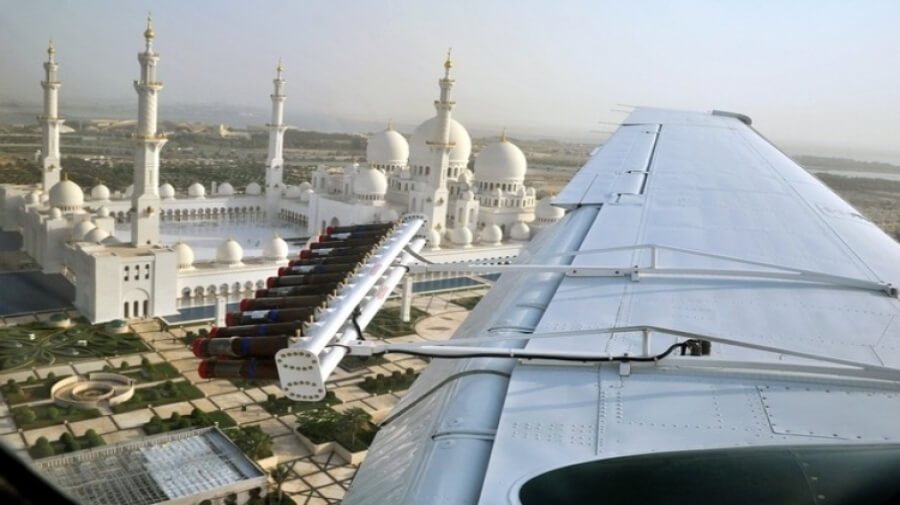 The UAE leadership has always been far-sighted and, as early as the 1990s, it recognized that our country – one of the world’s most water-scarce – would benefit from the potential of cloud-seeding research. Though the science of rainfall enhancement was then quite limited, the UAE Ministry of Presidential Affairs led collaborations with the world’s leading institutions to explore what research and development in the science and technology of the field could bring to water security. After all, securing access to water is not a challenge faced by the UAE alone; the United Nations estimates that by 2030, almost half of the world’s population could be faced with high water stress.

Nearly three decades on from its initial work on cloud seeding, the UAE has shown the world what can be achieved by capitalizing on the UAE’s vision and rapidly evolving innovation ecosystem through its world-renowned UAE Research Program for Rain Enhancement Science (UAEREP). The National Center of Meteorology (NCM), of which I am the director, leads the country’s rain enhancement efforts through the UAEREP, and we are proud to continue to advance the vision of the UAE leadership in leveraging cloud seeding for water security.

The program was launched in 2015 under the patronage of His Highness Sheikh Mansour bin Zayed Al Nahyan, Deputy Prime Minister and Minister of Presidential Affairs, with a call for research ideas seeking the best in rain enhancement research. Hundreds of international scientists and engineers were invited to submit their proposals for promising research to improve rain enhancement, from which over three cycles so far we have selected nine winners to receive grant funding for further research and development

The result is that the UAEREP has nine awardees that today are running active projects covering a number of key topics in rainfall enhancement, ranging from the development of new seeding materials, to the use of unmanned drones for cloud seeding operations, to advanced weather modeling to understand atmospheric chemistry and physics as they relate to rainfall and cloud seeding operations. Major achievements have been made through these awarded projects. For example, Dr. Linda Zou, a 2015 UAEREP winner and Khalifa University Professor of Chemical and Environmental Engineering, is working to scale up the novel cloud seeding material she developed.

Recently, the National Center of Meteorology has announced a new project that establishes a rigorous, scientifically-based international research and development program to further leverage the value of the UAEREP projects. This R&D program, in coordination with Khalifa University of Science and Technology; will support and add to the efforts the UAEREP as an international research initiative to stimulate and promote scientific advancement and the development of new technology.

The UAEREP will integrate the program’s nine awarded projects, which are currently running in three program cycles, into an advanced model titled “Integrating Schemes from UAEREP projects into a unified multi-component atmospheric model”.

This integration is aimed at improving weather forecasting accuracy by leveraging the research findings of the awarded projects. This will be done by developing a unified model that integrates studies of micro physics, cloud chemistry, and cloud electrical properties. The model is to be developed at Khalifa University’s facilities and made operational in time for the completion of the UAEREP’s current third cycle at the end of 2020. KU is also hosting a research platform for integrated weather research and forecasting models and we are working with the university to study the models for potential later adoption into NCM operations. The researchers will also examine the effect of aerosols on cloud accumulation and development and the role terrain plays in the formation of various types of clouds.

The goal of this initiative is translation of the solid research achievements of the UAEREP into successful outcomes that benefit arid and semi-arid regions around the world through new technologies. These will improve the quality of cloud-seeding operations while also providing sustainable solutions to water-scarcity challenges.

We look forward to working with Khalifa University and other leading scientific institutions to leverage advanced scientific innovation to bring the crucial benefits of enhanced rain as a viable water source to the UAE and other arid countries.

Dr. Abdullah Ahmed Al Mandous is the Director of the National Center of Meteorology, UAE.

An edited version of this op-ed appeared in the Khaleej Times on 7 January 2019.