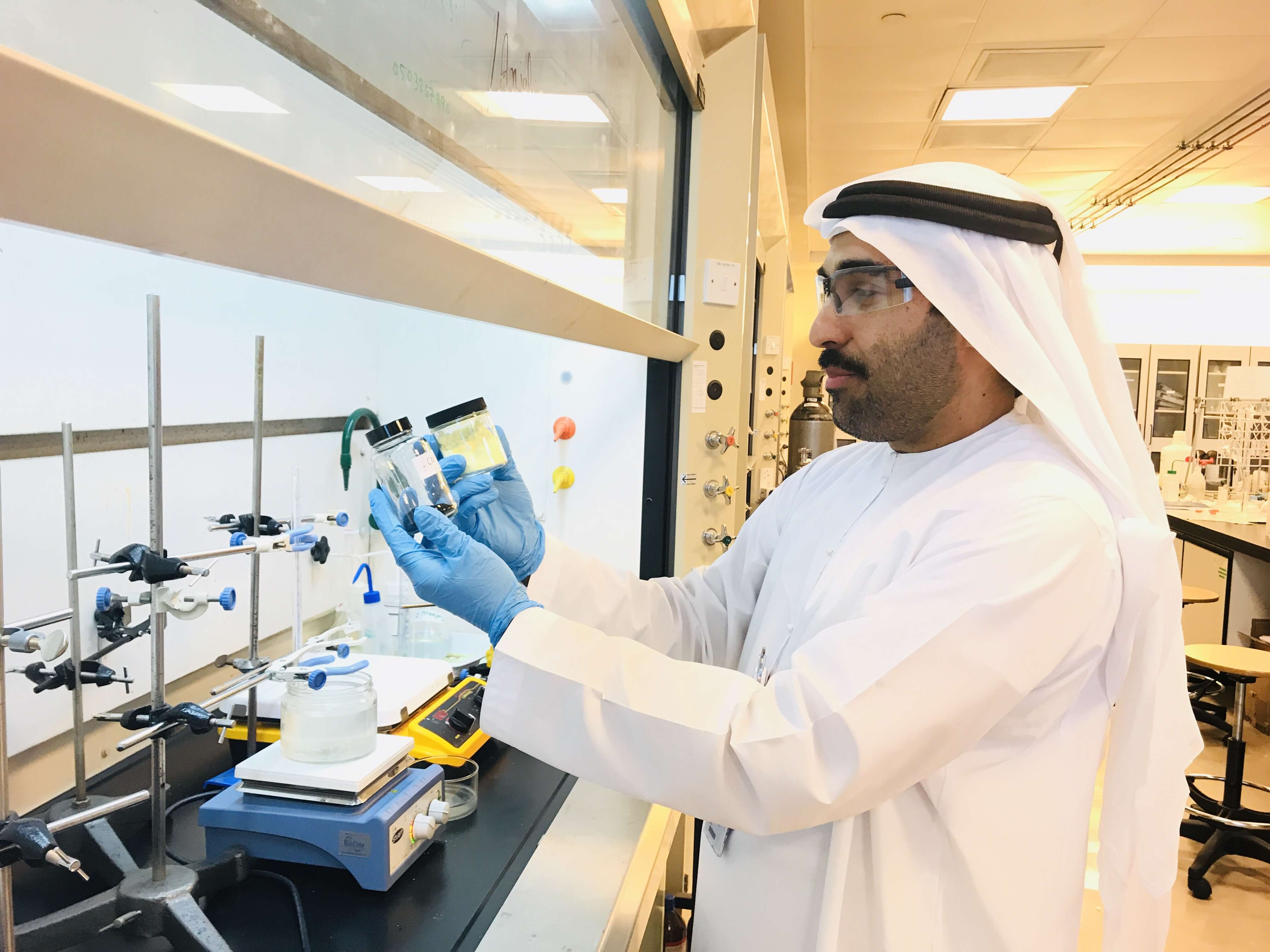 The title of this article may lead readers to assume that I will be talking about a traditional Emirati cooking recipe, or delving into the UAE’s rich culinary art.

But the idea behind this title is quite different: We use extracts of turmeric and garlic with elemental sulfur at Khalifa University to develop polymers for high-density batteries and materials with good thermal insulating properties.

Elemental sulfur is a national resource for the UAE – the country is ranked among the top producers of this raw material. The production of elemental sulfur comes from the refining and processing of oil and gas, especially acid gas.

Acid gas contains large quantities of carbon dioxide and hydrogen sulfide, which are toxic. Thus, it is imperative to remove these two acid gases from natural gas before transporting the latter to consumers.

We, at Khalifa University, initiated and executed research projects focusing on the development of new materials and uses of elemental sulfur to add value to this natural resource regardless of its market value.

We have conducted many experiments to develop polymeric materials and hybrid materials containing a large proportion of elemental sulfur. These materials have the potential to be used in several applications such as desalination membranes, plastic pipes, catalysts and optics.

In one project, we used sulfur to prepare polymeric materials by reacting it with curcumin, a derivative of turmeric, which is a major component of UAE and international cuisines. Curcumin’s chemical structure contains unsaturated carbon bonds that react with sulfur when heated above 170 °C. This type of material is used as a cathode in lithium-sulfur batteries, which have high energy densities and lower costs compared to other batteries. The research is being conducted by Khalifa University students as part of their graduation project.

In another project, we reacted sulfur with a garlic extract called allyl sulfide. This extract is responsible for the distinctive smell of garlic and has many useful medical properties.

We produced flexible polymer materials by carrying out a reaction between the sulfur and garlic extract. These materials have unique mechanical properties compared to other polymers made of sulfur. The novel material is useful as a thermal insulator due to sulfur’s low thermal conductivity. We published the results of this study in a scientific journal and are continuing to develop the material with Khalifa University students to further improve its performance both mechanically and in battery applications.

By exploring new ways to transform a waste byproduct of natural gas processing (sulfur) with other naturally occurring compounds (like turmeric and garlic), we are creating novel materials with unexpected unique properties. This research underscores Khalifa University’s efforts to contribute to the UAE’s emerging knowledge economy while capitalizing on its vast natural resources.

Dr. Alhassan is Associate Professor of Chemical Engineering at Khalifa University of Science and Technology and Director of the Gas Research Center at the Petroleum Institute.