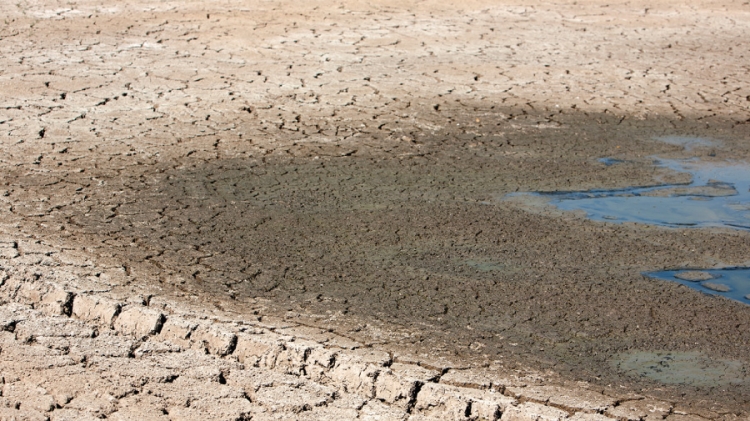 Taking global climate change from a debated idea to a documented and ongoing phenomenon is happening on the back of a growing body of scientific evidence. All global surface temperature reconstructions from the US National Climatic Data Centre show that Earth has warmed since 1880 and most of this warming has occurred since the 1970s. Additionally, the 20 warmest years on record have been from 1981 and with all 10 of the warmest years occurring in the past 12 years. It is estimated that the global average surface temperature rose about 1 degree Fahrenheit in the 20th century.

But what does that truly mean? A single degree of temperature increase does not sound very serious to most people. After all, each year humans experience a range of weather. Every season has its highs and lows. What difference does a few degrees make?

Much more than many may realise. It is estimated that global sea levels rose some 17 centimetres in the last century, which is nearly double the rate of previous centuries. One of the reasons for the rising water levels is the fact that the increased atmospheric temperature is melting the world’s ice caps and glaciers. Data from Nasa’s Gravity Recovery and Climate Experiment show that Antarctica lost about 152 cubic kilometres of ice between 2002 and 2005, and similar losses have been recorded in other glacial regions. And the world’s oceans are not just rising, they are also becoming warmer. Research has found that the top 700 metres of the ocean have warmed 0.302 degrees Fahrenheit in the last 40 years alone.

That is just the tip of the iceberg of the effects wrought on our planet by global climate change. But while the list of recorded planetary impacts is long and extensive, there are major gaps in research into the impacts of climate change on human health. This despite the fact that the United Nations’ Intergovernmental Panel on Climate Change’s Fourth Assessment Report says that climate change is likely to affect human health directly through changes in temperature and precipitation and indirectly through changes in the ranges of diseases and other channels.

Most dialogue on the human health impact of climate change focuses on Europe and North America. For example, France experienced a blistering heat wave in 2003 which claimed some 15,000 lives. The majority of those who died in that unusually hot summer were the elderly who, without the aid of air conditioning, were unable to cope with the suffocating temperatures that reached up to 104 Fahrenheit. In 1999 the Midwest region of the United States was hit by a blizzard that caused 73 deaths. In the 2008-09 winter period, the United Kingdom recorded an extra 36,700 more deaths in England and Wales alone, compared to the average in the non-winter period and the previous winter saw another spike in deaths across Europe brought on by freezing weather.

But that does not mean that climate change does not pose significant danger to other regions. In fact, we believe that the world’s hotter countries, particularly those that are heavily populated and less developed, could suffer far more extensively from climate change than what has been recorded elsewhere.

That is why a team of scientists at Masdar Institute of Science and Technology, to which I belong, is currently working to model and predict the cost of climate change on health in the region we call home, the greater Middle East, but also for North Africa and South Asia. Climate change is expected to have an even stronger effect on human mortality in those areas compared to many others.

This is because the hot climate is already making the temperature in these regions close to the upper limits of what that the human body can endure. Most countries in these regions also have lower average incomes, meaning that there are fewer resources, such as air conditioned homes and vehicles, to counter or mitigate the health impacts of climate change. Governments and individuals have less to spend on coping with the weather and handling disasters. These factors jointly show that there is a great need to investigate how severely climate change may affect human health, particularly human mortality, in the Middle East, North Africa and South Asia.

It is our hope that this research at Masdar Institute will give forward-thinking governments like that of the UAE, which has made tackling climate change a major goal, the necessary information to help them formulate their energy and climate policies and strategies. Climate change mitigation strategies need to come off the drawing board into society, which is what our research intends to do. In order to help facilitate the action necessary to reduce the fatal impact of global climate change, we need to explicitly detail its cost to human life, giving governments, non-governmental organizations, lobbyists, media, and other scientists, the information they need to formulate plans of action. Climate change is not just causing environmental damage; it is causing loss of human life.

With this research, highlighting the specifics costs of climate change to the health of residents of three of the most heavily populated regions in the world, the UAE and its Masdar Institute can help to provide the understanding that allows policies to be implemented and to save lives.

Dr I-Tsung Tsai is an assistant professor in the Masdar Institute of Science and Technology’s engineering systems and management program.
http://www.thenational.ae/thenationalconversation/comment/the-human-cost-of-climate-change-must-be-calculated