The future of CSP is looking sunny 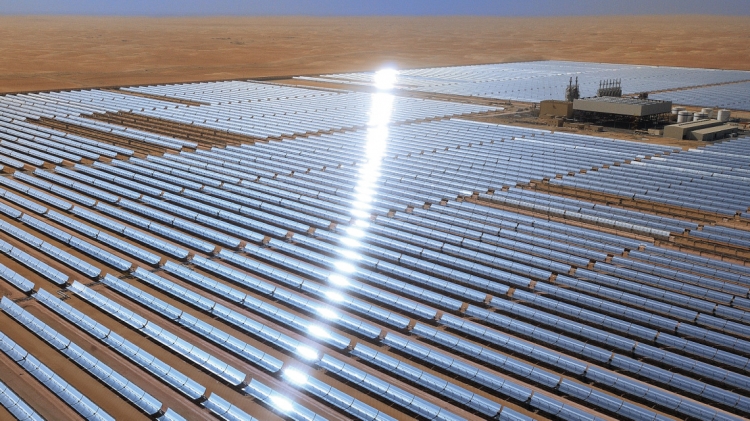 The history of concentrated solar power (CSP) has seen a number of turning points. In the early 20th century it was proposed as a source of energy for sunny countries, with pilot plants looking very similar to a modern parabolic trough system.

But that was not to be, as the easy availability of fossil fuels took away the incentive to develop this form of renewable energy.

The oil crisis of the 1970s revived interest, but by the time the technology had been developed to the point of deployment, the high price of oil had also pushed further exploration. The new wave of large oilfields, such as those in Alaska, the North Sea and Nigeria that went into production as a result again stymied CSP.

Fast forward to 2008, where the triple whammy of a new oil price shock, increasing fossil fuel production costs and fossil fuel-linked climate impact came together to position CSP for its second renaissance.

CSP installations were record-breaking in terms of size and output the 527MW of capacity installed in 2010 alone was more than double the amount installed up to the start of that year.

But its success was overshadowed by the extremely steep cost reductions and corresponding explosive growth of another renewable energy technology solar photovoltaic (PV). By the end of this year, more than 100GW of PV capacity will have been installed worldwide.

The growth of low-cost PV has seen the cancellation of many planned CSP installations, or their conversion to PV. These factors combined to bring into question CSP¹s viability, leading at least one of the big players, Siemens, to sell off its CSP acquisitions, while Spain slashed the feed-in tariff system that had allowed it to become a leader in CSP deployment.

None of this, though, means CSP is not viable. There is no silver bullet in renewable energy all the main technologies have advantages and disadvantages that vary in different regions of the world.

CSP¹s overwhelming advantage is its ability to offer low-cost thermal energy storage, which makes it after hydro the cheapest form renewable energy that can be generated according to consumer demand.

Third, it can be used for direct thermal applications, such as industrial thermal processes, cooling using absorption chillers, or in some cases desalination.

Its main disadvantage is that while solar PV can use diffuse light, CSP cannot it is entirely dependent on direct sunlight. Even a moderate amount of cloud cover or haze dramatically cuts its power output.

Nevertheless, as Masdar Institute¹s UAE solar atlas project has shown, there are plenty of locations in the UAE and the wider Middle East where CSP is an appropriate option.

We have found that combined with thermal energy storage, CSP can complement PV in meeting the typical post-sunset demand peak, and can do so economically when combined with measures to reduce electricity demand, such as better building insulation, more efficient and well- maintained air conditioning equipment, and low-power lighting and appliances.

Further studies at the Masdar Institute aim to make CSP even more useful by designing receivers better adapted to the prevailing atmospheric conditions of the UAE, as well as investigating its cooling applications and testing alternative storage mechanisms.

Opened last month, Shams 1 is the first operating CSP plant in the Middle East and, currently, the biggest in the world, until larger plants in the US come on line in 2014. It is already testing and demonstrating the technology¹s potential.

And the insights it is offering will support the development of larger and more cost-effective CSP plants. The 1.7 GW of worldwide CSP capacity planned for completion in 2013 may still pale relative to PV deployment, but it is a step towards pushing the technology learning curve and further establishing a valuable sustainable energy option.

Dr. Sgouris Sgouridis is associate professor of engineering systems and management at the Masdar Institute of Science and Technology.