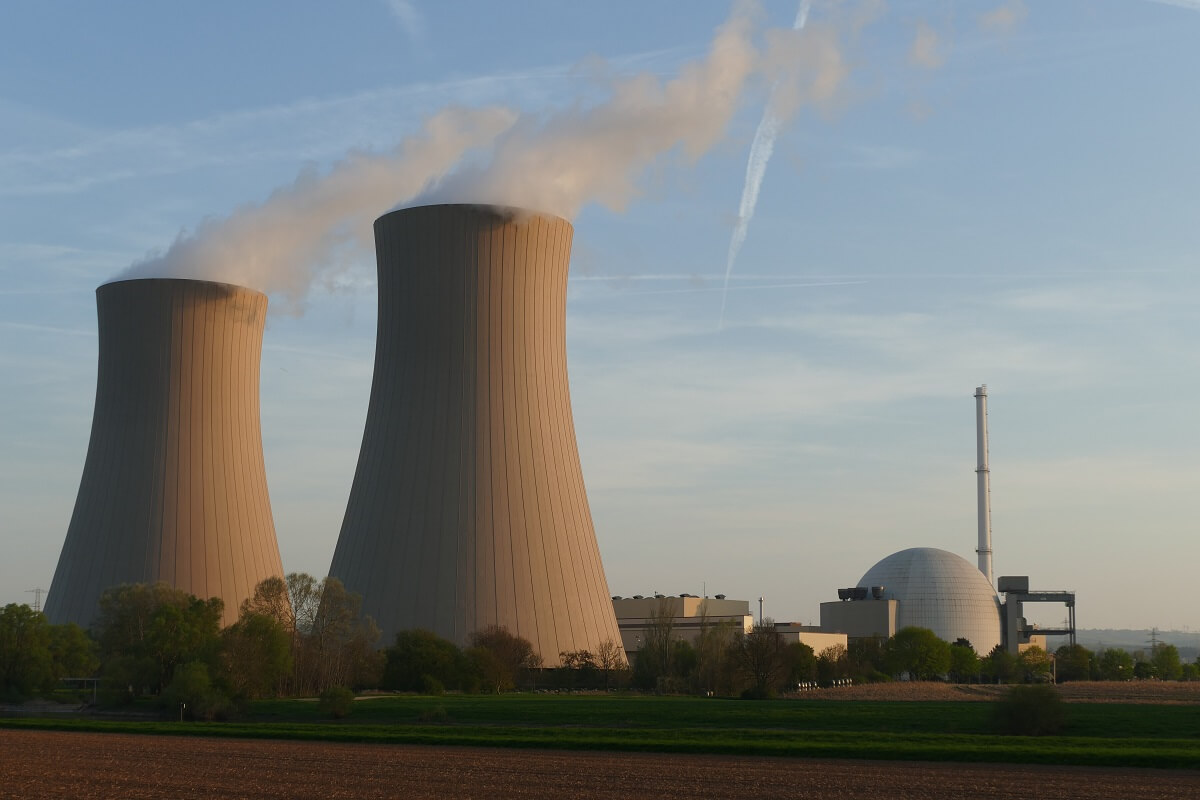 Fatema Almuhairi, Msc in Mechanical Engineering, dispels fear of radioactive material release in the event of an airplane crash at a nuclear power plant with simulated impact analysis of APR1400 reactor containment building.

The nuclear power industry has been developing and improving reactor technology for more than five decades and from day one, there has been a serious focus on the potential hazards of operating nuclear reactors. As with all other industries, the design and operation of nuclear power plants aims to minimize the likelihood of accidents, and avoid major human consequences should they occur. Evidence shows that nuclear power is a safe means of generating electricity with the risk of accidents in the plants themselves low and declining. The Federal Authority for Nuclear Regulation (FANR) plays an essential role in ensuring that the UAE’s nuclear reactors are safe, secure and reliable. And now, so too will research from KU postgraduate student Fatema Obaid Ali Almuhairi, whose thesis focuses on impact analyses on nuclear buildings from aircraft.

Almuhairi’s research, titled Aircraft Impact Analysis for APR1400 Reactor Containment Building, will complement the safety design features of the APR1400 nuclear reactor, a design developed by the Korean nuclear industry under the Korea Electric Power Corporation (KEPCO). The Barakah Nuclear Energy Plant in the UAE will comprise four APR1400 nuclear reactors with the first scheduled to become operational by 2020.

Attacks on nuclear power plants have been feared since the first nuclear power plant went live in 1954 in Obninsk, Russia. The lack of such attacks is largely due to the fact that many government agencies have developed standards for impeccably tough nuclear reactor walls to keep radiation in and terrorists out.

“Aircraft impact on nuclear power plant structures is an issue of global concern, since the consequences of such an impact can be severe and may lead to the release of radioactive material into the environment,” explained Almuhairi. “The reactor containment buildings (RCBs) are the last barrier of protection in a nuclear power plant, where it protects the plant from external incidents, prevents the release of radioactive materials during normal operation or accidents, and provides a radiation shield.”

A containment building is a reinforced structure enclosing a nuclear reactor, designed to contain the escape of radioactivity. As the fourth and final barrier to radioactive release, the containment plays a critical role in the most severe nuclear reactor accidents. RCBs in the United States are subjected to mandatory testing for a nuclear plant to earn its operating license. In Europe, the European Nuclear Safety Regulators Group ensures plants in the EU conform to standards. While in the UAE, FANR provide regulation to ensure that RCBs are built to withstand extreme conditions.

The stringent requirements imposed on a nuclear plant consider the effect of impact from a large commercial aircraft. The external walls of the RCBs, which house critical safety-related equipment and fuels, must stand up to impact without perforating or rupturing.

Testing containment buildings is nothing new. In 1988, Sandia National Laboratories conducted a strength test on a large concrete block by slamming a fully loaded F-4 Phantom jet directly at it to investigate the survivability of a nuclear power plant in the event of an attack. The jet disintegrated upon impact while the concrete block remained relatively unscathed. The 482mph impact left only a 64mm deep gouge in the 3.66m wide block from an impact force of over 700 G. Subsequent studies concluded that commercial airliners did not pose a danger.

“Compared to previous studies in this field, this work goes a step further by analyzing the effect of aging on the impact response of an APR1400 RCB,” said Almuhairi. “With aging, the RCB’s materials degrade, and as a result, the load-bearing capacity could be compromised. In the event of an aircraft impact on an aged RCB, the structural integrity might be lost.”

Three degradation mechanisms were considered in modeling the aging of the containment: liner corrosion, rebar corrosion, and pre-stress loss of tendons.

“The impact an Airbus A320 would have on the RCB for the APR1400 was investigated using finite element analysis,” said Almuhairi. “A new modeling approach was developed to determine the impact pressure of the aircraft, taking into account the change of the aircraft’s cross section during crushing and dividing the impact into three stages.

“We found that the unaged RCB is able to withstand the impact load of an Airbus A320 aircraft without liner or rebar failure for impact velocities as great as 300 m/s,” explained Almuhairi. “While aging the RCB caused the plastic liner and rebar strains to increase, the structural integrity of the RCB was maintained for most cases. Full penetration of the RCB was reported only for the unlikely event of an A320 impacting a highly degraded RCB (where all degradation mechanisms were applied simultaneously) at a velocity of 300m/s, a scenario that is judged very unlikely to occur during the design life of 60 years.”

Results from studies by the Electric Power Research Institute support Almuhairi’s findings: penetrating even weak reinforced concrete requires multiple hits by high speed artillery shells or specially-designed ‘bunker busting’ artillery—both of which are well beyond what intentional human damage methods are likely to cause. Nuclear reactors are more resistant to attacks from large aircraft than virtually any other civil installations, according to the World Nuclear Association, and Almuhairi’s research contributes to this growing body of evidence while providing peace of mind in case of nefarious intent.