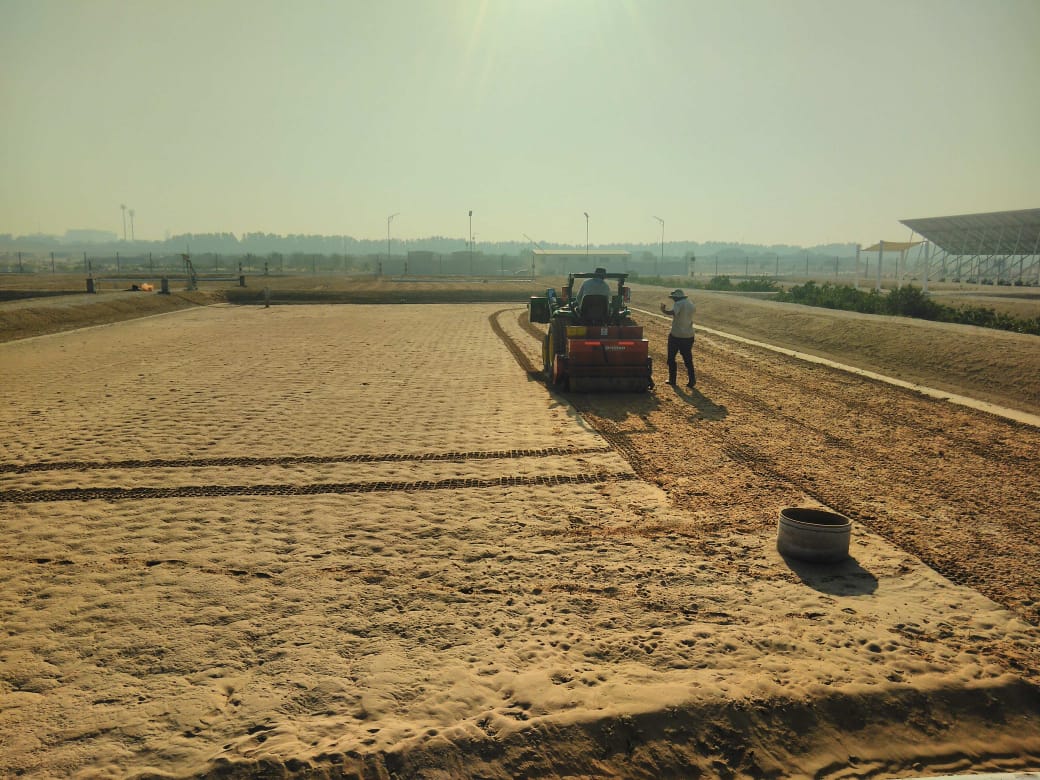 Researchers at KU’s Sustainable Bioenergy Research Consortium (SBRC) have  spent the past few weeks tilling, leveling, and replenishing the water levels in its integrated Seawater Energy and Agriculture System (SEAS), the flagship project of SBRC and the world’s first research facility to grow both food and fuel using desert lands irrigated by seawater. They are preparing to plant the fourth season of Salicornia plants, whose oil-rich seeds are harvested to produce aviation biofuel. 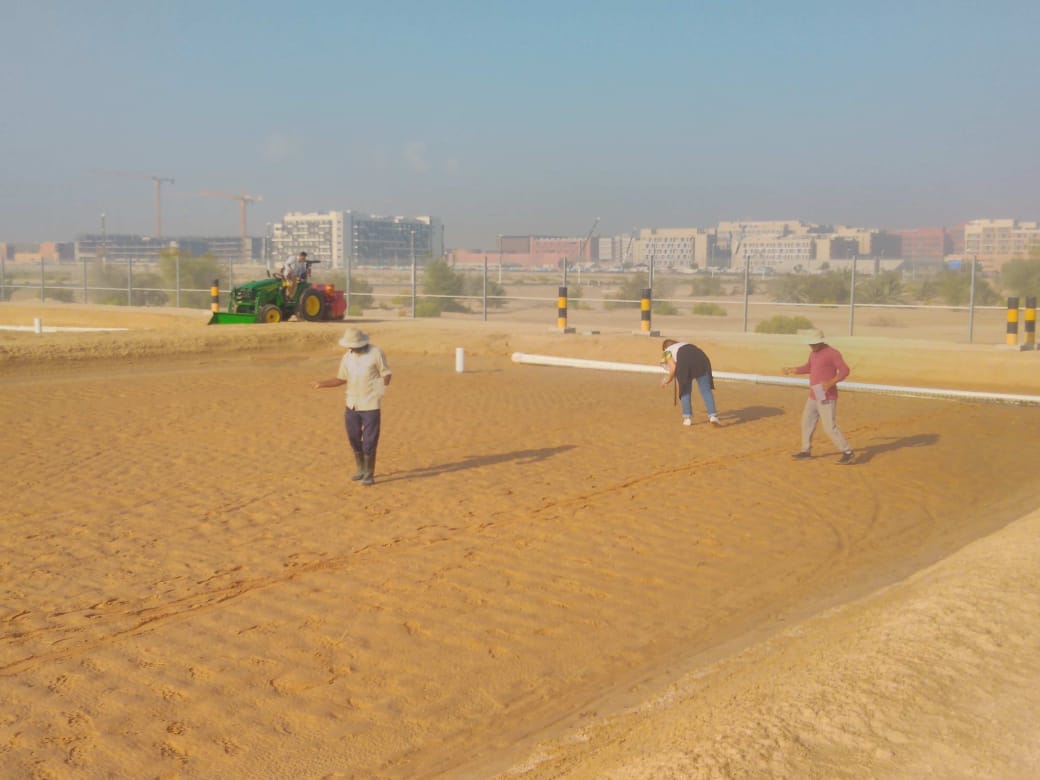 “This season will be dedicated to increasing the yields of the oilseed crop based on experience gained from previous seasons by implementing a different planting strategy and a supplementary irrigation methodology during the germination phase of the plant,” said Research Engineer Jose Barron.

“Two of the eight fields will be dedicated to grow three of the best performing accessions based on the recommendation of the halophyte breeding team.”

From the aquaculture side, the ponds are also being prepared to be restocked with a fin fish species to explore the feasibility of growing higher market value seafood at demonstration scale. Fin fish species is more attractive to the UAE market than the Indian White Shrimp, Tilapia, and Sea Bream species that were cultivated previously.