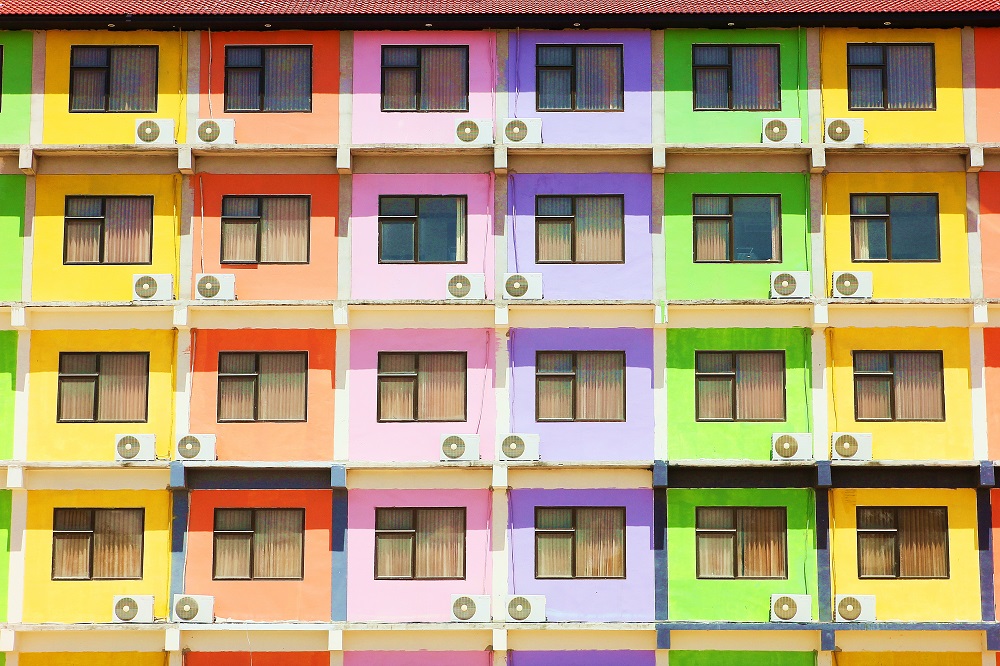 As global energy demand from air conditioners continues to rise, finding a way to replace energy-intensive systems is paramount.

As the mercury rises in the UAE, Dr. Lourdes Vega, Director of the Khalifa University Research and Innovation Center on CO2 and hydrogen (RICH), and KU Research Scientists Dr. Edder Garcia and Dr. Daniel Bahamon are turning their attention to finding efficient and environmentally-friendly forms of air conditioning systems.

“Due to global warming and a boost of wealth in tropical regions, the demand for refrigeration and air-conditioning is likely to increase in the coming years,” explained Dr. Vega. “This process already accounts for around 10 percent of the global electricity consumption, so finding green alternatives is of utmost importance.”

Global energy demand from air conditioners is expected to triple by 2050, and supplying power to these AC units comes with large costs and environmental implications.

Dr. Vega and her team are investigating a cleaner cooling process known as ‘absorption refrigeration,’ which could replace conventional energy-intensive vapor compression refrigeration, and could even be used as a way to store solar energy.

An adsorption-based refrigeration system is much simpler. It has two main components: a tank, where the liquid refrigerant is stored, and a bed filled with a solid material known as an ‘adsorbent.’ The refrigerant molecules ‘adsorb’, or attach, onto the surface of this material instead of dissolving into a liquid, creating a film on the surface where refrigerant vapor accumulates.

The adsorbent is a highly porous material with a large internal surface, full of holes that collect the refrigerant vapor. These systems transform energy into cooling power without any moving parts, making them low maintenance and more durable than conventional vapor-compression refrigeration systems.

Importantly, adsorption refrigeration can be powered by renewable energy sources, like the sun.

During energy production peaks, such as during the middle of the day for solar power supplies, heat is transferred to the adsorbent, causing the refrigerant to vaporize and desorb from the solid adsorbent. It detaches from the pores in the adsorbent and is condensed into a liquid for storage in the tank.

When it is time to cool down the air outside the unit, the liquid refrigerant is released to the evaporator, removing a heat from the surrounding area.

“When the refrigerant adsorbs onto the solid surface adsorbent, energy is released,” explained Dr. Vega. “Therefore, the adsorbent can be used as a thermal energy storage unit. Energy is stored during the removal of the refrigerant from the adsorbent material. The stored energy is recovered during the adsorption step and can be used as a low-temperature energy source. In this way, we can make a unit that both cools the air and stores energy.”

Developing such a unit however requires finding the perfect adsorbent-refrigerant pair. Currently, the most common refrigerants for domestic and automobile air conditioning and for vapor-compression cycles are hydrofluorocarbons, but these have tremendous global warming potential and are being phased out globally.

Using computational simulations, Dr. Vega and her team are trying to find the best adsorbent-refrigerant pair, and they are specifically looking for the ideal pairing with compounds known as metal-organic frameworks, or MOFs, combined with low global warming potential refrigerants including hydrofluoroolefins (HFO). They published their results in ACS Sustainable Chemistry and Engineering.

“Several criteria can be used to select an adsorbent-refrigerant working pair,” said Dr. Vega. “The energy density that can be stored by adsorbent per unit of volume is an important indicator of performance. The difference in the adsorbed amount of refrigerant between adsorption and desorption—the working capacity—can also be considered. However, given the large number of potential materials that could be utilized, experimental evaluation is an expensive, time-consuming and tedious endeavor.”

Rather than individually test each pairing, the research team conducted simulations to guide selection of MOFs for thermal-storage applications. A total of 40 MOFs were studied using three refrigerants based on HFO, which has much lower global warming potential than the traditional hydrofluorocarbons.

The research team established a relationship between the adsorptive capacity and the properties of the materials, finding that MOFs with open metal sites interact strongly with the refrigerants, making them more suitable for thermal energy storage applications.