Pulling Salt Out of Seawater with Magnets 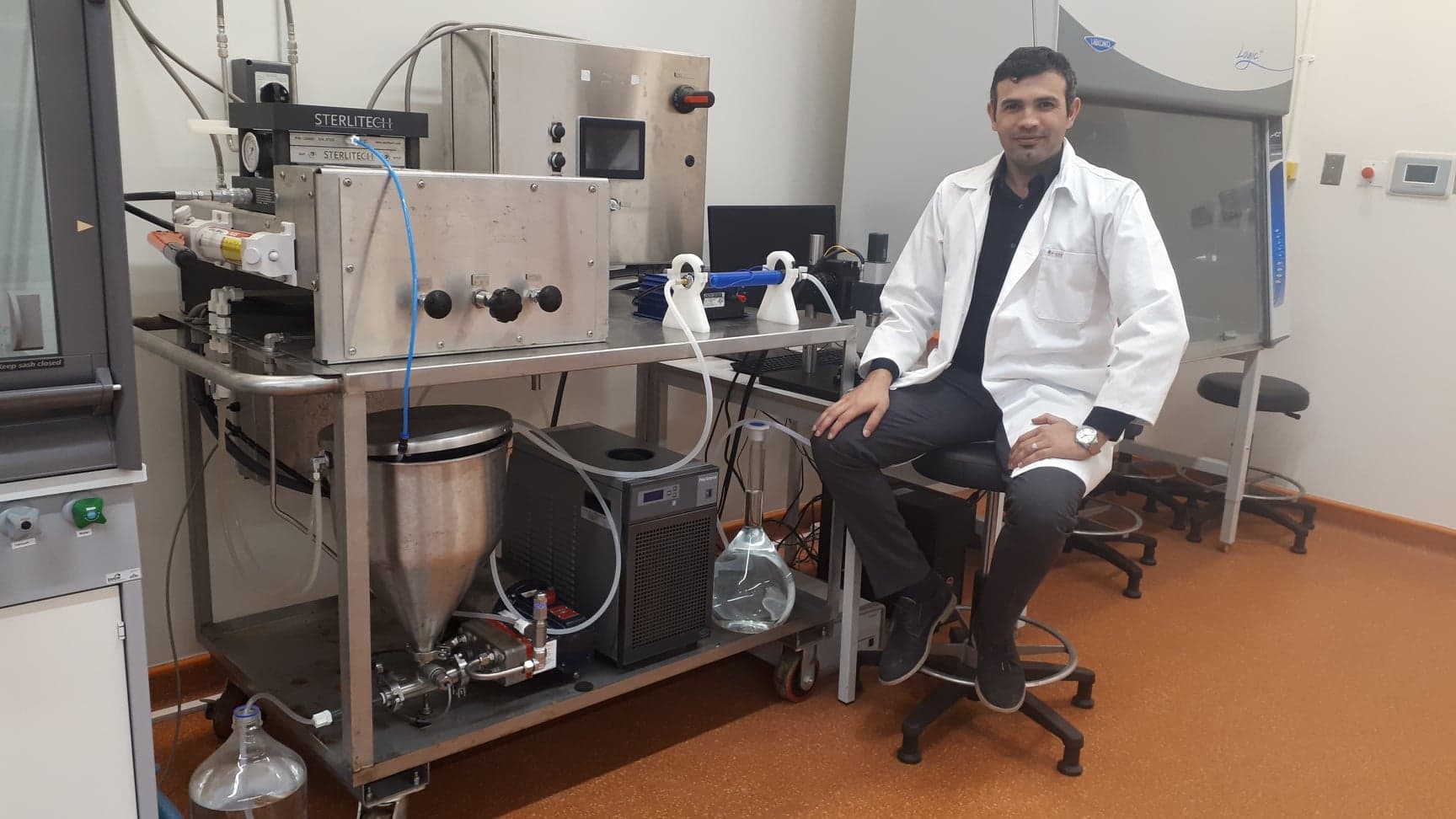 A previously unutilized effect of magnetism observed by Khalifa University’s Dr. Emad Alhseinat may be key to energy-efficient, low-cost seawater desalination and other industrial separation processes

Now, a team of researchers from Khalifa University’s Center for Membranes and Advanced Technology (CMAT), led by Dr. Emad Alhseinat, Assistant Professor of Chemical Engineering, have discovered a new way to separate salt from saline water that does not rely on the traditional thermal and membrane methods, both of which can be energy intensive and expensive, particularly for small-scale desalination and desalination of low-salinity water.

Instead, Dr. Alhseinat’s membraneless separation method uses electric and magnetic fields to pull salt ions from a stream of saltwater towards a porous electrode, where they are collected and easily removed. The new approach is described in a paper that is currently under review by the journal Electrochemical Acta and is authored by Dr. Alhseinat and Dr. Pei Shui, a Visiting Scholar at Khalifa University. The team has also filed a patent for the novel system titled ‘System and Method for Removing Ions and Dissolved Charged Particles from Saline Water with Magnetic and Electric Fields’ (PCT patent application number is PCT/IB2019/054453).

Research into using electric charges to separate salt ions from seawater – a process known as capacitive deionization, or CDI – is accelerating rapidly. In a paper published earlier this year in The Journal of Physical Chemistry C, Dr. Alhseinat provides a comprehensive overview of the evolving desalination technology and identifies ways to optimize the configuration and electrode components of CDI.

Electric charge separation coupled with magnetic fields, however, is what Dr. Alhseinat believes could lead to a breakthrough in not only seawater desalination, but in many applications that rely on separation, like gas sweetening – the process of removing hydrogen sulfide from natural gas – and removing heavy metals from wastewater.

Being able to use weaker, less expensive magnets makes the process significantly more sustainable and practical for potential use in remote areas where large-scale desalination isn’t required.

The weak magnetic fields are effective because Dr. Alhseinat is exploiting a previously unutilized property of magnetism to improve the separation process.

Dr. Alhseinat discovered that the magnetic field does more than apply the Lorentz force, which is the electromagnetic force that makes something, such as a wire with an electrical current flowing through, it physically move (this is how electric motors work); it weakens the bonds between the salt molecules in the water.

The smaller pure salt ions are also why weaker, low-cost magnets work. It is the unique configurations of the magnetic and electric fields that causes the bonds between the hydrogen and salt ions to weaken, not the strength of the magnetic field.

“The bonds between molecules stretch, bend and twist, producing continuous vibrations. If you hit these vibrations with a matching frequency, you can break them or weaken them,” Dr. Alhseinat explained. He realized that the perfect coupling of a magnetic field with an electric field can produce frequencies that break apart the bonds between salt ions and hydrogen molecules.

After running a number of simulations to determine the ideal configuration of the magnetic and electric fields, the finely tuned prototype is able to improve salt separation by 50% compared to a conventional CDI system.

But Dr. Alhseinat’s team believes there is still room for improvement. They are constantly working to further enhance separation by altering different components of the system, such as frequencies, electrode configurations, and solution compositions. Dr. Alhseinat and an interdisciplinary team of experts, including chemists, physicists, and microscopists from KU, have planned new work that aims to fundamentally explain the observed effects of magnetic and electric fields on weakening molecular bonds, and in turn expand its application in critical areas like material synthesis.

Dr. Alhseinat’s research has significant potential impact. He has demonstrated a new way to control ion size and mobility through magnetism, giving scientists greater control over the separation process, which could lead to efficient, more sustainable methods of desalination. In a country like the UAE, where desalination provides over 80% of the nation’s potable water, reducing desalination’s hefty energy and carbon price is crucial for future development and prosperity.