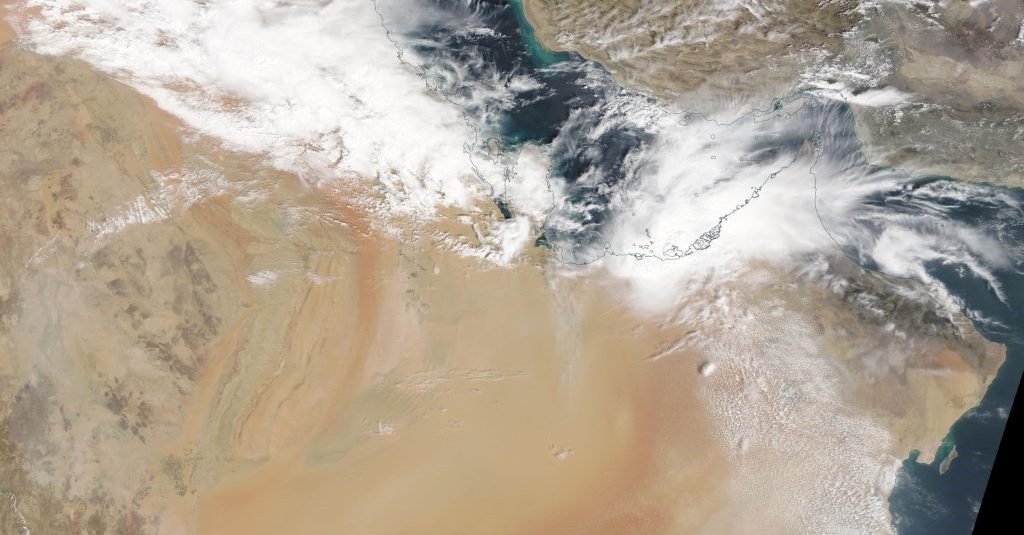 A team from the Khalifa University Environmental and Geophysical Sciences Lab (ENGEOS) investigated spring season rain in the UAE, finding a positive trend over the past 20 years. Meaning, more rain is occurring during the spring now than in previous decades.

To better predict and model these rainy days, the team characterized the atmospheric conditions that favor their occurrence and explained that springtime rain will be more likely in the future as the global climate continues to warm and the global water cycle accelerates.

According to an International Panel on Climate Change (IPCC) report, the last four decades has been successively warmer than any decade that preceded it since 1850. Additionally, globally averaged rainfall has increased since 1950, with human influence likely contributing to this.

A warmer atmosphere can hold more water, noted Dr. Francis, the senior author on the study, meaning rainfall can last longer. While this can be beneficial to a region known for its lack of rain, it can also be detrimental, since much of the city infrastructure is not designed to handle large amounts of rainfall. The flash flooding and property damage caused by previous events can only be avoided by updating the infrastructure across the UAE and by accurately predicting future rainfall.

While the UAE is known for being hot and dry – it is a desert, after all – rain does fall during the cold season, and the weather systems that cause rainfall can even develop during the summer. These systems are known as mesoscale convective systems (MCS). An MCS is a cluster of storms that moves as a single system. For one to develop in a hyper arid environment like the UAE, a combination of factors ranging from local to regional scale is needed, including a steep temperature gradient on the ground between the land and the surrounding seas. If cold air from the sea meets hot air from the desert, there is potential for an MCS to form.

“In arid regions, MCSs account for most of the annual rainfall and are associated with heavy rain that can cause flooding, landslides, and associated disruption to daily life,” Dr. Nelli said. “Past extreme weather events over the Arabian Peninsula have had devastating impacts on the local population so understanding how they start and develop is crucial for better simulation and prediction of future events and impact.”

Since most rain is expected in the cooler months, and the surprise summer rainfall warrants its own investigation, convective events over the region in spring have been relatively less researched, despite their large contribution to the total amount of rain per year. What’s more, Dr. Nelli said, they may occur more frequently under a warmer climate.

The study found that MCSs occurring in spring over the UAE are large-scale features of the global water cycle which drifts over the UAE, contrary to summertime MCSs which develops locally over the UAE.

The study highlighted that the duration of these springtime MCS is becoming longer and the resulting amount of rain larger.

A better understanding of what causes MCSs in a region known for its aridity is an important step toward accurately predicting them and benefit from their associated rainfall, especially as they are expected to become more frequent as the global climate changes, Dr. Nelli said.